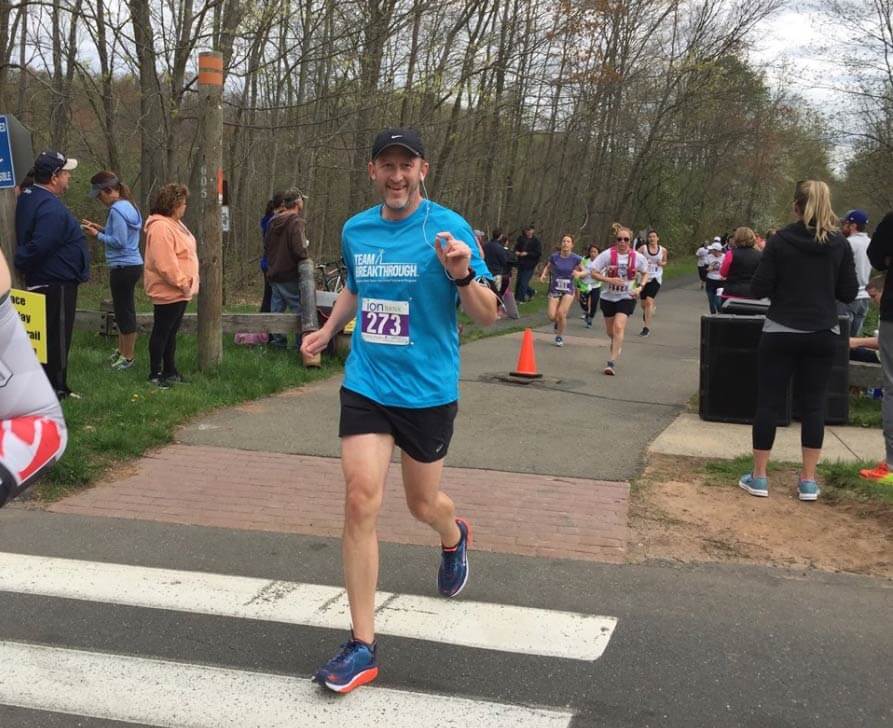 “Rob is a 15-year brain cancer survivor. One month after his surgery, while doing six weeks of daily radiation and chemo, he decided he wanted to start running and train for the Chicago Marathon. Rob trains in rain, sun or snow and usually at 4:30 a.m. before work. He only takes time off when he is on chemo. Rob finished Chicago 2015 in just under six hours. Despite successes, his journey hasn’t been easy, and after all his effort and sacrifice, two weeks before the 2016 Chicago Marathon, we were told his brain tumor grew back, again. The doctors wanted to operate immediately, but Rob decided to wait two weeks until after the marathon. We went to Chicago with very heavy hearts. We didn’t know if he’d survive, let alone run again. With every step he took during those 26.2 miles, he wondered if that would be his last marathon ever. He persevered and gave it his all, finishing Chicago 2016 in 5 hours 4 min. We went to NYC two weeks later, for his third brain surgery. It was amazing. He came through with flying colors and miraculously had no side effects post surgery. Rob runs for the American Brain Tumor Association (ABTA) to raise awareness about brain cancer. The fundraising goes toward patient and caregiver education and clinical research. He says he started running because it is the only thing in his life he feels he has control of. He also says he runs for brain cancer patients who can’t run for themselves. Running has helped him so much with the neurological symptom management and anxiety caused by this type of brain tumor. Rob is truly an inspiration and a silent warrior.”-Rob’s wife, Sherlyn Celone-Arnold

Rob’s favorite shoe is the Arahi. 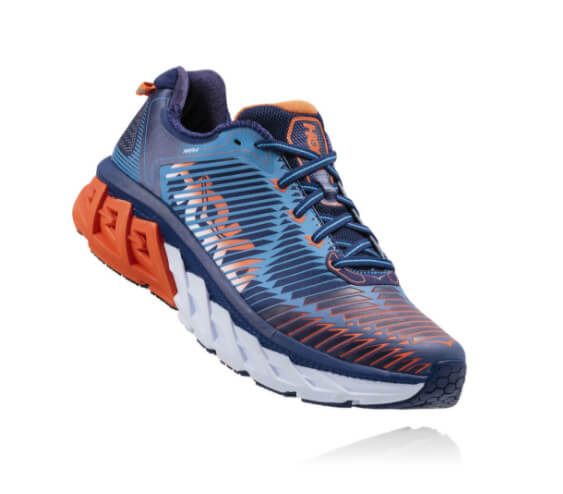