I’ve been asked a number of times recently about which of the shoes that are coming out in 2013 I’m most excited about. To be honest, there are a ton! After a fairly stagnant Fall with few exciting new shoes released, we are about to get hit by a wave of new minimalist spectrum footwear offerings from most of the major brands. I have a few of these shoes already and have been more than impressed in some cases, and I should be receiving a bunch more in the coming weeks – can’t wait!

What I’m going to do here is compile a list of the shoes I’m most interested in. Details on many are scant at this point, so I’m mostly just going to provide pictures, names, specs, and links where more info can be found. 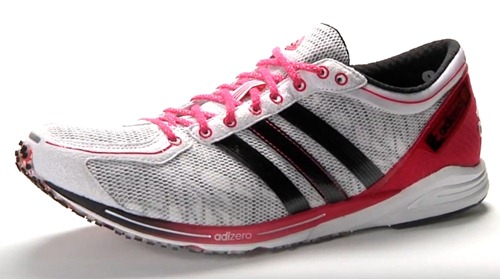 Think of the Takumi Sen as a lighter, leaner version of the Adios 2. It’s a racing flat built for speed and has the characteristic stiff, firm adidas racing sole. I have a pair and have run in them once – those who like the Adios will love this shoe. For more, view this video at Running Warehouse. 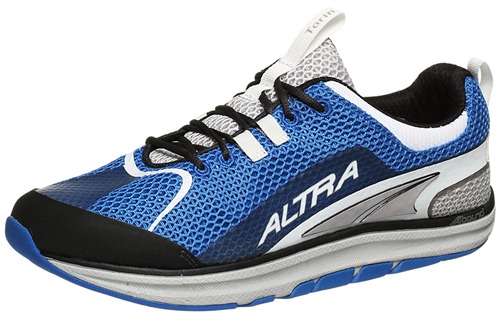 The Torin looks to be a more cushioned cousin to the Instinct. It weighs in at just under 10oz in size 9 and has a stack height of 28mm. It is available now at Running Warehouse. 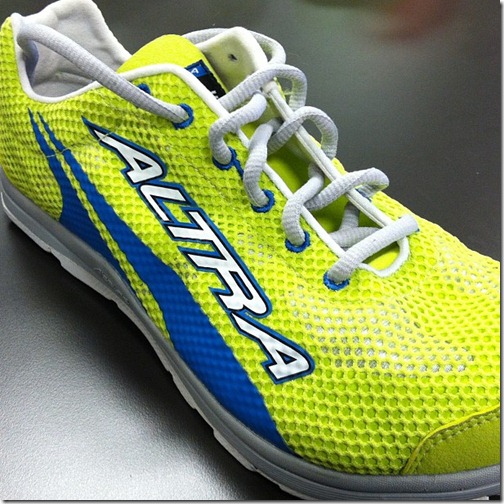 I don’t have much in the way of details about The One other than that it is supposedly Altra’s take on a racing flat. Photo above comes from Altra’s Instagram page. 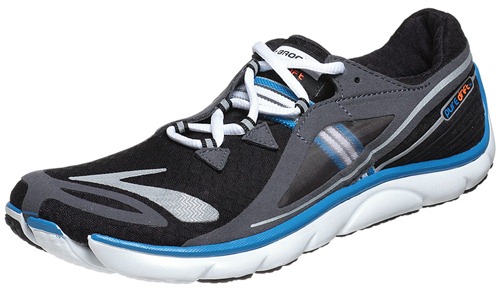 The PureDrift is Brooks’ most minimal shoe. It has a removable insole that allows it to convert between a 4mm and zero drop shoe – stack height without the 6mm heel-2mm forefoot insole is a uniform 12mm. Weight is 6.1oz in size 9. The PureDrift ships any day now from Running Warehouse. It is in-stock at Road Runner Sports. 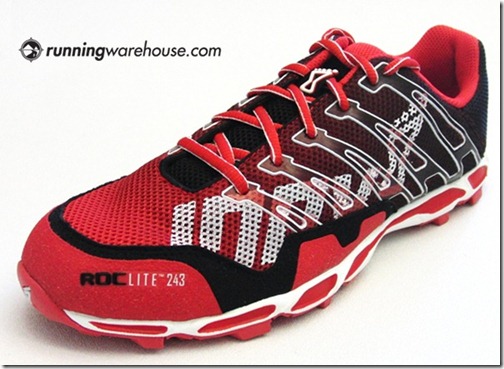 Inov-8 has really impressed me with their recent offerings, and they have a bunch of new shoes coming out that look promising. The Roclite 243 (pictured above) is a grippy, 3mm drop trail racing shoe. The Trailroc 150 (2nd photo above) is an ultraminimal addition to the Trailroc series – it’s zero drop, supposedly super flexible, and weighs in under 6oz. Also coming are new minimal road shoes (Road-Xtreme line, women’s versions pictured above) and new versions of the F-Lite series on Inov-8’s anatomical last. For more details view this post on the Running Warehouse blog and posts on Toesalad (here and here). 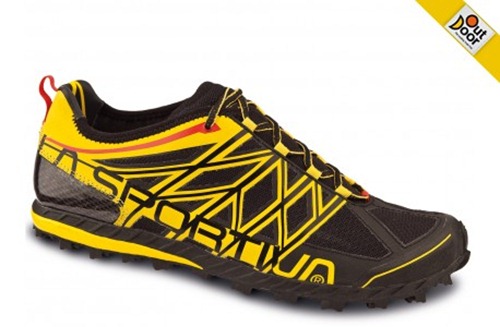 I came across the Anakonda on the Biochemical Runner blog, and they look similar to the La Sportiva X-Country (a light, grippy trail shoe that I liked for its simplicity; they are apparently replacing the X-Country). Don’t have a lot of details on this one yet, but looks like it’s under 10oz and 4mm drop. 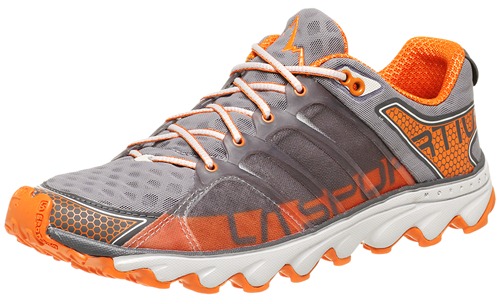 The Helios is a lightweight (8.5oz in size 9), 5mm drop, well cushioned trail shoe. In this video review (in Spanish) it looks like it has a very minimal upper and is pretty flexible. That’s about all I have on it. The Helios is in stock now at Running Warehouse. 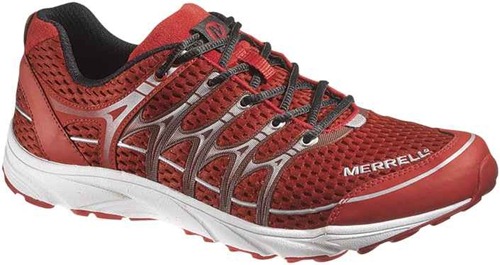 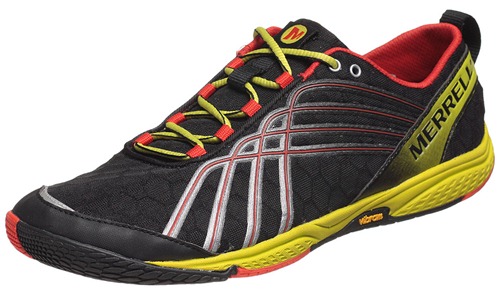 The Road Glove 2 is an improvement on the original Road Glove in a number of ways. I like the new upper better, and it feels a bit more cushioned underfoot (good or bad depending on your preference I suppose). Weight is 7.1oz in size 9, and stack height is a uniform 11mm (zero drop). I have a pair of these, though have not run in them yet. Running Warehouse lists the Road Glove 2 as shipping in mid-February. 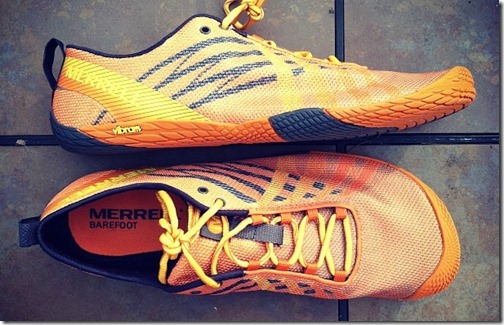 This might be the best ultraminimal, barefoot-style shoe that I’ve put on my feet. Stack height is 5mm heel and forefoot, so ground feel is exceptional, and weight is 6.1oz in size 10. The shoe has the typically roomy Merrell Barefoot fit, and the full rubber outsole looks to be plenty durable for so minimal a shoe. Diehard minimalists and barefooters who occasionally need a bit of protection will love this one! 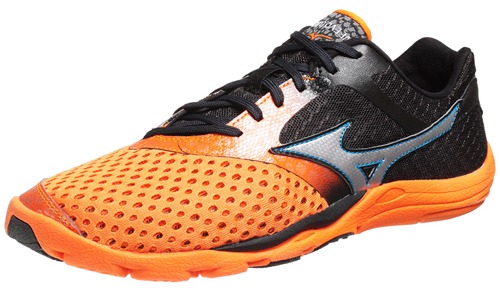 One of Mizuno’s two zero drop offerings for 2013, the Cursoris has a stack height of 18mm and weighs in at 6.8oz in size 9. Available mid-January at Running Warehouse. 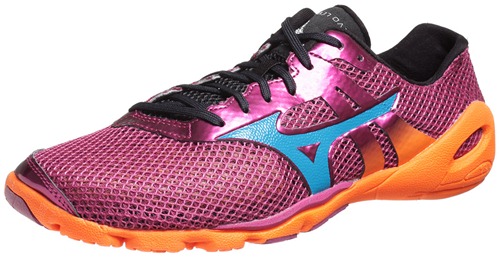 The other zero drop offering from Mizuno for 2013. The Levitas is slightly less shoe than the Cursoris at 15mm stack height and 6.1oz in size 9. Available mid-January from Running Warehouse. 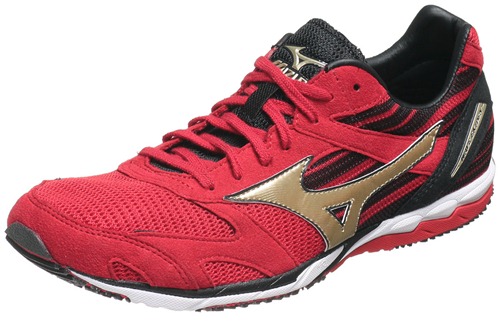 The Ekiden is like a slightly bigger brother to the Wave Universe. It’s a racing flat that weighs 4.7 in size 9 and has a stack height of 20mm heel and 14mm forefoot. If it’s as good as the Universe we’re in for a treat! Available mid-January from Running Warehouse. 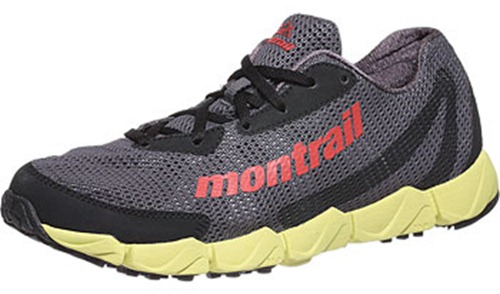 I wasn’t aware of the Montrail FluidFlex until my buddy Nate recently mentioned that he wanted to try them. The FluidFlex is a hybrid trail shoe that weighs 7.4 oz (size 9) and has a stack height of 21mm heel and 16mm forefoot, so plenty of cushion for long distance running. The shoe is supposedly designed to be very flexible. Available early February from Running Warehouse.

Ultralight and ultraflexible are apparently the two words the describe the New Balance Hi-Rez. The zero drop sole is composed of disconnected pods that allow for extreme flexibility, and the shoe weighs in under 5oz. Looks like it will be going up against the  Merrell Vapor Glove in the ultraminimal category. Available Spring 2013.  Read this article on newbalance.com for more. 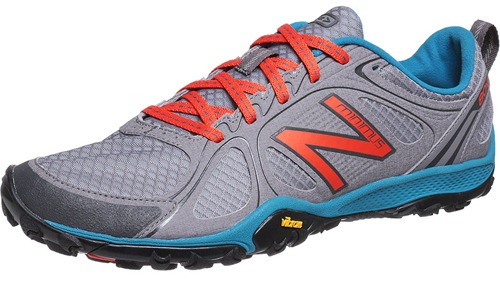 The MO80 is a minimalist trail shoe with a luggy Vibram outsole and the roomy fit of the New Balance MT110. Weighs 8.2oz and stack height is 18mm heel – 15mm forefoot, so specs are also similar to the MT110. I should have a pair soon so stay tuned on this one. Available now at Running Warehouse.

This is one that I’m really excited about – the MR10v1 was a miss in my opinion, but version 2 is a complete re-design and looks great. Available early Spring, but you can watch a preview video at Running Warehouse.

The MT10v2 is a update to a shoe that I liked a lot. Apparently they have fixed the tight forefoot band that I had to sever on the original, and the foam built into the upper of the new version should not act like a sponge like that in the upper of the v1 did. The MT10v2 is available in early Spring, but you can watch a preview video at Running Warehouse. 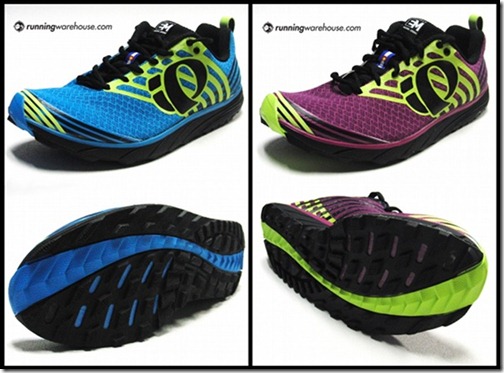 Pearl Izumi is releasing a new line known as E:Motion which features a collection of sub-10oz running shoes. The most minimal of the E:Motion line are the EM N1 Road and EM N1 Trail. Both are 6mm drop. More details can be found on the Running Warehouse blog. 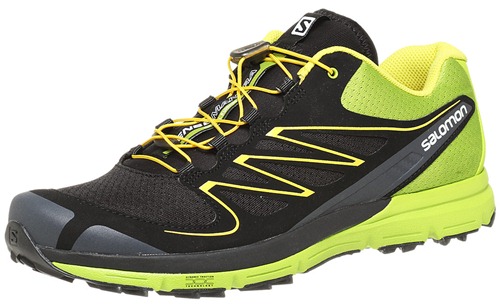 I’ve heard a lot of good things about the Salomon Sense, but have also heard that it’s not durable enough to justify the hefty price tag. The Sense Mantra is a slightly beefier shoe with what looks like a more durable outsole (weight = 9.6 oz in size 9; stack height = 21mm heel, 15mm forefoot). Most importantly, the price tag is much less than the Sense at MSRP $120. The Sense Mantra is available now at Running Warehouse. 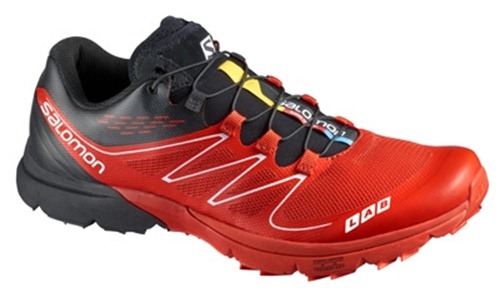 The Sense Ultra looks like it slots in between the Sense and the Sense Mantra. Still 4mm drop and only slightly heavier, the key differences in the Ultra are a firmer EVA midsole, a more protective, full-coverage outsole that should be more durable, and a longer rock-plate that extends further back toward the midfoot. Additional details on the Sense Ultra and a helpful video can be found at Castleberg Outdoors. 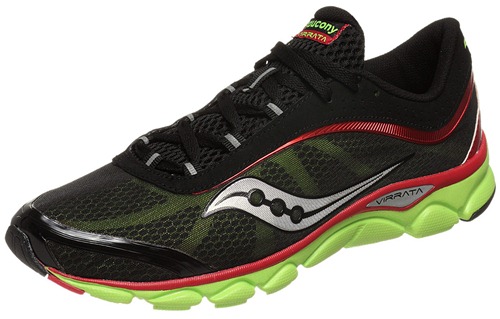 Of all of the shoes on this list, this is the one I’m most excited to try. Saucony shoes seem to work really well for me, and the Kinvara and Grid Type A5 are among my all-time favorite running shoes (both of these are also being updated this year). The Virrata looks to me to be a zero drop cousin to the Kinvara, which sounds fantastic. Weighing in at 6.7oz and with a stack height of 17mm, the Virrata is a bit more shoe than the Hattori, but a bit less shoe than the Kinvara. I’m hoping it has the softish feel of the Kinvara which I like for long distances. The Virrata will be in-stock in mid-February at Running Warehouse. 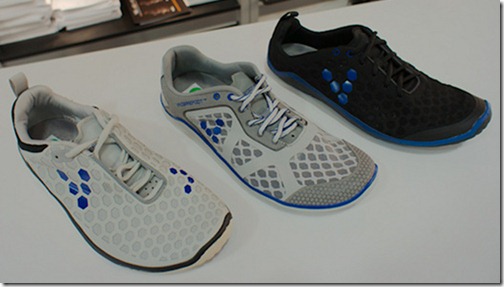 Vivobarefoot is updating the Evo, which was one of the original ultraminimal shoes. It becomes the Evo Lite, which will hopefully fix the forefoot flex problem many have reported with previous iterations of the Evo (apparently it can cause abrasion on the top of the toes). The Evo One has a 3mm outsole and looks like a solid shoe – I’m not crazy about the Vivobarefoot running shoe aesthetic, but the One looks pretty decent. The Evo Stealth is a bit more structured version of the One and shares the same new outsole. For more, read this post on Toesalad.

That’s it for an initial roundup. There are other shoes coming out that I have either seen or worn that I can’t yet talk about in detail, but there are plenty in this list to get us excited about running for the next six months. If there are any that I have missed, please chime in below, and if you’ve reviewed any of these already feel free to leave a link in the comments!

Which of these shoes are you most excited about?