Runningshoes.com has shared a bunch of additional videos of new shoes that were previewed at the 2013 Outdoor Retailer show. In this installment we take a look at three new offerings/updates from New Balance. 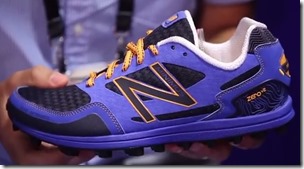 I really don’t understand why New Balance chose to call this shoe the Minimus Trail V2 as it bears absolutely no resemblance to the MT00v1. About the only thing it shares in common with its predecessor is a zero drop sole. The v2 is luggier, beefier, and Bryon Powell at iRunFar reports that the Mimimus last is gone in favor of NB’s PL4 last. Given that the last is gone, I’m not even sure why this shoe is part of the Minimus collection…

I wasn’t a big fan of the MT00 v1 since my pair fell apart after minimal mileage and I didn’t find it protective enough for anything but the most well groomed trails, so the change doesn’t upset me much. That being said, my feeling is they should have gone with a totally new model name for this shoe.

On a side note, New Balance also moved another popular trail shoe, the MT110, from the Minimus last to the PL4 last, and the MT110v2 appears to be a radically changed (not to mention much uglier) shoe from v1. Much of the commentary following Powell’s iRunFar roundup focuses on the MT110v2, with many trail runners expressing displeasure with the direction the shoe is taking – read more about it here. 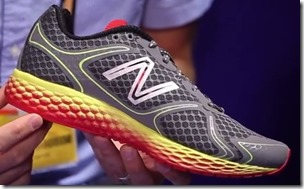 Lot’s of discussion about “software” and “safe design” in the video introducing New Balance’s new 980 Fresh Foam shoe. As far as I can tell, the story here is ample, soft cushioning, which seems to follow a trend across the board among manufacturers to add new, ultrasoft shoes to their lineups. 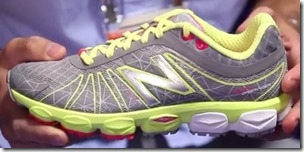 The New Balance 890 is a shoe that I have not tried myself, but I consistently hear good things about it. It’s a lightweight, 7-8mm drop shoe that is probably in the same category as shoes like the Brooks Launch, Mizuno Sayonara, and Asics Gel Lyte 33. The v4 is on a new last (NB PL8), and there appear to be extensive updates to both the upper and sole.