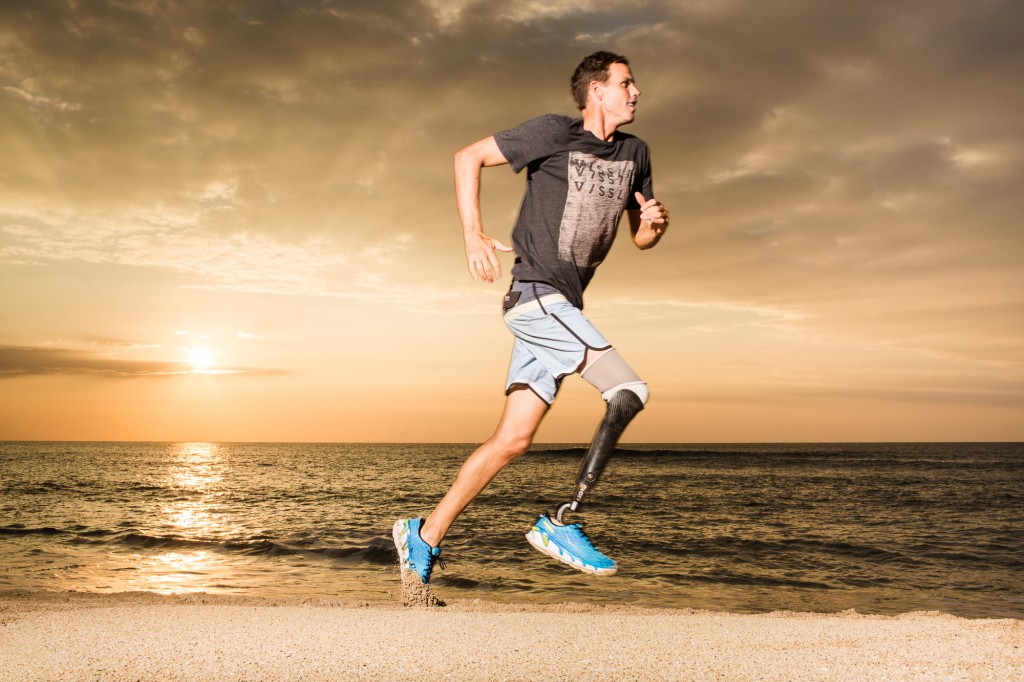 Just the fear of encountering a shark is enough to spook some people out of swimming in the ocean. HOKA fan Mike Coots, however, who lost his right leg to a tiger shark while body boarding in his hometown of Kauai at only 18 years old, never thought twice about returning to the sea. Although Mike only narrowly escaped the attack by punching the shark, in hindsight he sees the event as a blessing. A testament to his optimism and love of the ocean, Mike looks at the results of his attack as an opportunity to speak out about protecting the endangered animals that are crucial to a healthy ocean ecosystem.

Now 36, Mike spends his time surfing big waves and taking on a newer challenge of starting to run with the help of a prosthetic and his favorite shoes, the HOKA Vanquish 2.  We sat down to talk to him about his experience coming back to running for the first time in 17 years. 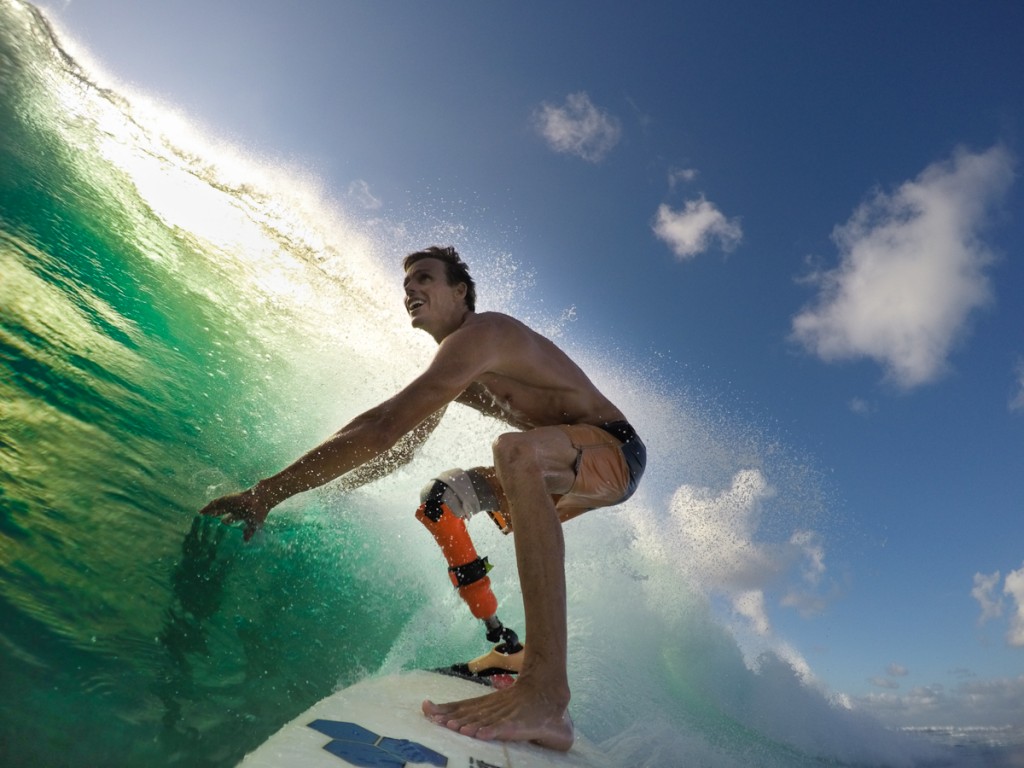 HOKA: How did you get past any feelings of limitation you had after the attack, if you ever had any?

Coots: The biggest limitation I felt right after the attack was not being able to get in the water for at bit. I am extremely fortunate to have the help of my prosthetic sponsor. I have access to legs for everything from surfing to running. If anything, since the attack, so many doors have opened to things that I never would have been involved with if it never happened.

HOKA: How did you get back into running after the attack?

Coots: I didn’t start running after the attack until last year when I went to Iceland to visit my prosthetic company and got a running leg. That first run after not running for 17 years was life changing. It felt so good to move! I must of looked like a newborn giraffe, awkward and unsure of my strides. But the feeling was incredible. I was literally in tears. I had been asked almost daily up to that point, “What can you do with your prosthetic leg?” The answer was everything but run. To be able to finally run was a defining moment. 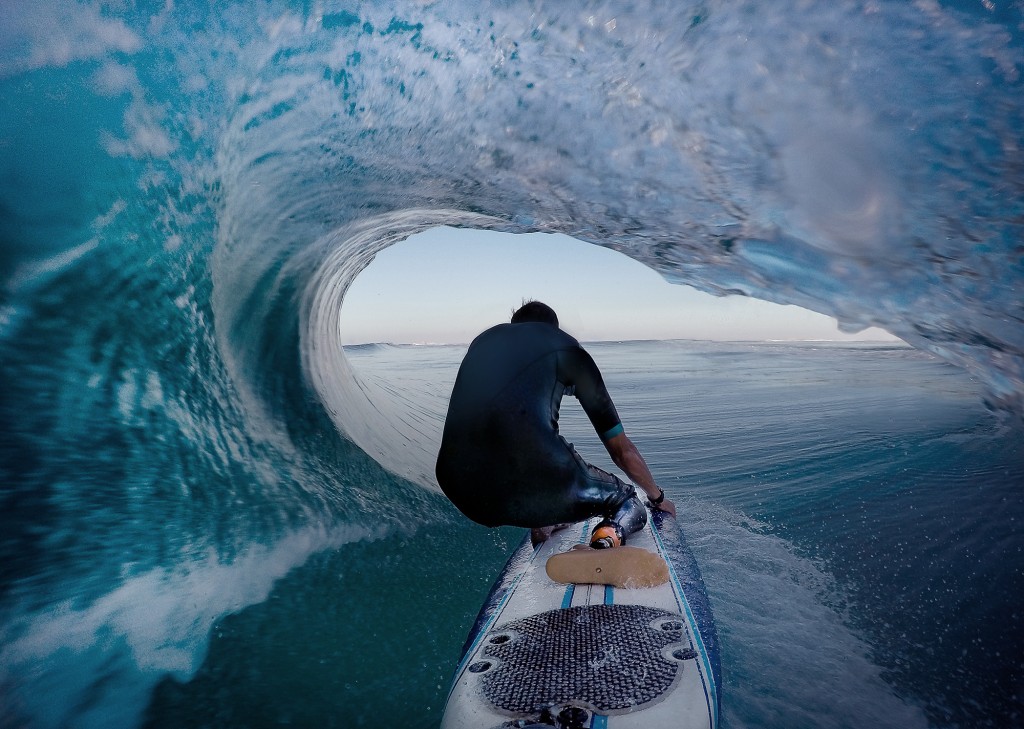 HOKA: Why is running important to you? What have you accomplished so far in becoming a runner?

Coots: It might sound silly but I run because I can. For so many years I never thought it would be a possibility for me. Earlier this year I competed in the Empire State Building run with the Challenged Athletes Foundation. It was definitely the most challenging test of endurance I’ve ever had running the staircase to the very top, over 1800 stairs!

HOKA: What do you think of your Vanquish 2s?

Coots: I love running in HOKA! The support really fits well with the dynamics of how my prosthetic works. The cushioning feels like I am on feathers. It puts a lot less stress on my knees up and down hills. They make me feel like I can keep running and running! 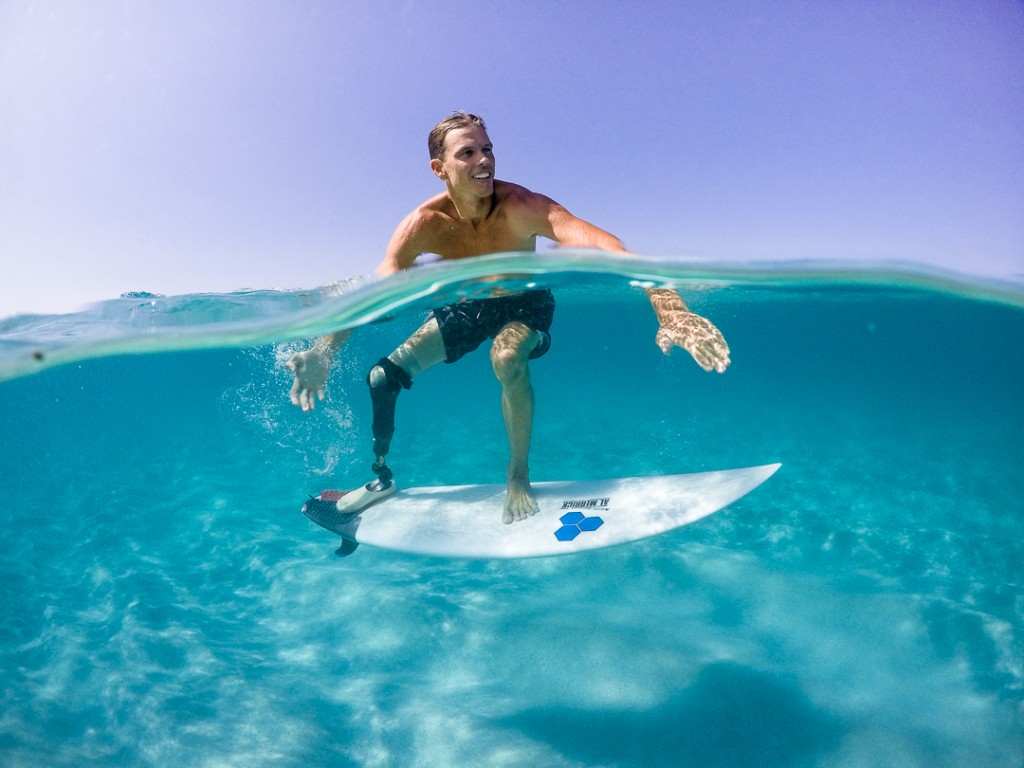 HOKA: How would you recommend that people get involved to help protect sharks?

Coots: There are so many ways that everyone can get involved with helping sharks. The first is educate yourself. Go to the library or read online. There’s information everywhere these days. The second is to educate the people in your life. Knowledge and awareness about finning and conservation is much more meaningful and better received when it comes from someone you know and trust. There are also activities that you can also get involved with. School teaching programs, beach clean ups, or something as simple as doing a shark dive and posting about how wonderful an experience it was on social media. 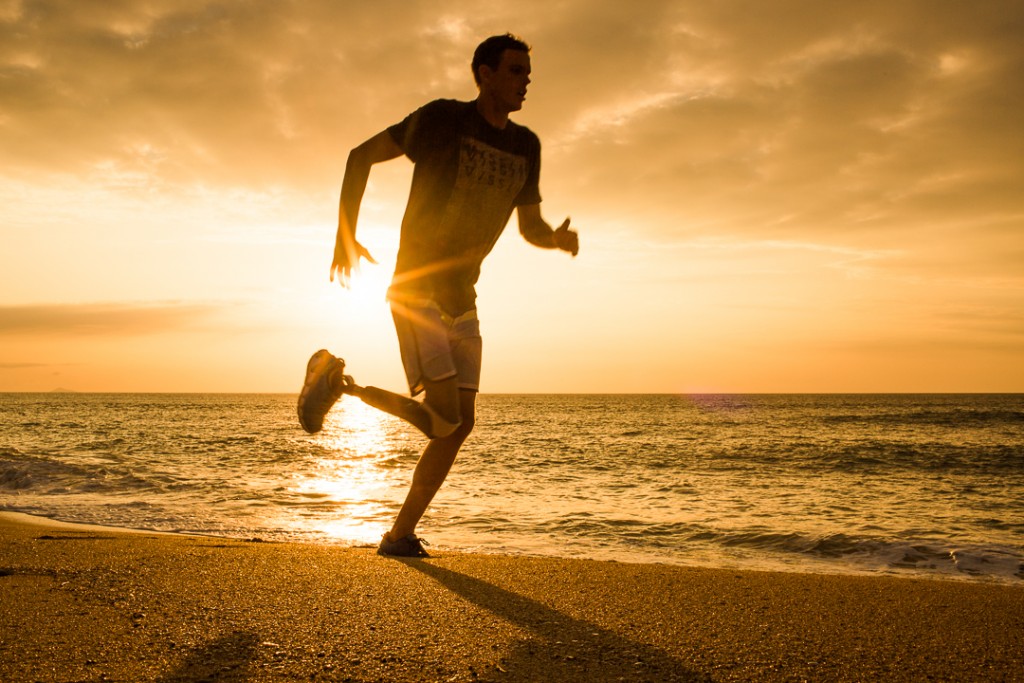 HOKA: What advice would you give recent amputees who are interested in getting back out there and being active?

Coots: All the things that make you, do them! Being an amputee in today’s world doesn’t mean that you have to miss out on the fun. I used to spent hours researching different ways to make my prosthetic better for surfing on the Internet. You just can’t give up on the things you love. Never.

Check out more of Mike’s incredible photography on his Instagram: @mikecoots