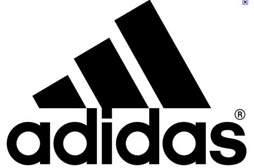 I’ve been hearing a lot of hushed rumors lately that adidas is up to something. Apparently they have a new cushioning material that they are calling BOOST that is composed of thermoplastic beads that are fused together to form the midsole of a shoe. These rumors were confirmed this afternoon when I opened the March issue of Runner’s World Magazine and saw a review of the adidas Energy Boost running shoe on pg. 92 (the sole looks very much like a wedge of Styrofoam; in unrelated news, I wrote a short piece on running shoes and injuries on pg. 68 of the same issue of RW).

RW describes the shoe as having a “bouncy” feel, and reports that it topped 800 other shoes that they have tested for energy return after impact. RW also writes that BOOST is less sensitive to fluctuations in temperature, which means the midsole won’t feel as hard as a brick when running in sub-freezing temperatures (something I have experienced often this winter).

Time will tell if BOOST is just another gimmick or a truly revolutionary innovation. If they do live up to the hype, it will be interesting to watch the debate at the competitive elite level regarding a potential performance advantage provided by the shoes.

adidas released a promo video today of a ball drop test showing the energy return of BOOST relative to traditional EVA foam. For now that’s all I have – I’ll add more details as I get them.

My buddy Thomas over at Believe in the Run shared some of his thoughts on the adidas Energy Boost as well.