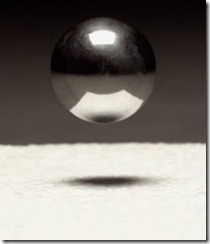 A bit over a week ago adidas introduced their new Boost midsole technology. Based on mechanical testing, Boost is touted as providing the best energy return of any cushioning material currently incorporated into a running shoe. This finding was confirmed by Runner’s World Magazine, who put the shoe to the test in their shoe lab and found the cushioning material to indeed be a cut above the rest when it comes to energy return.

After the Boost introduction, I wrote a post in which I criticized the marketing approach taken by adidas, pointing out that how a material behaves in mechanical testing may not be the same as how it behaves on the human foot. I received a bunch of responses to that post, many via private email, and the vast majority came from people agreeing with what I wrote. One of those emails came from Amby Burfoot, who has watched shoes evolve (or devolve depending on your perspective) for over 40 years. Amby and I share an interest in the science of running, and we exchange emails frequently on topics such as this (and as revealed in his article, we also apparently share a fear of our wives’ reactions to excessive running shoe purchases). It turns out that he shared my skepticism about whether Boost would actually work as well on a runner as it apparently does for a metal ball.

Amby mentioned to me that he had made some inquiries about Boost, and that he was writing an article on the shoe for his Peak Performance Blog on RunnersWorld.com. That article was published today, and it is a terrific piece of work.

Amby writes about how Runner’s World confirmed the mechanical testing results that adidas has been touting, but he’s also not buying that this is necessarily a reason to go out and spend $150 on the shoes. He writes that the ball-drop test is “… a machine and materials test, not a test of runners who are running.” He quotes from the ASTM (American Society for Testing and Materials) which states that “Shock attenuating values determined by this test method, for materials systems of athletic footwear, may not correlate with similar values experienced by a runner’s heel or foot.” He discusses bimoechanist Benno Nigg’s views on the criteria that must be met for energy return from a shoe to have value to a runner. He really covers quite a bit of ground.

Perhaps most interestingly, Amby did some probing regarding whether adidas did any physiological testing to look at whether Boost benefits running economy and found the following:

“Most exercise physiologists believe that increased energy return has meaning only if it decreases the amount of oxygen you use while running. Adidas has apparently conducted such a test and found that the boost midsole lowers oxygen consumption by about 1 percent compared to a same-weight EVA midsole shoe. That’s a modest amount, subject to confirmation, variable among different users, and not a strong reason for wearing a running shoe unless you are aiming for the world record.”

As far as I know that data has not been published, so details regarding the testing are lacking. Was the difference statistically significant? Not sure. Did individual responses vary (e.g., by gender, body weight, running style, etc.)? No idea. What was the weight of the shoes? Don’t know. The latter point is important because if the shoe was the Energy Boost model which is reported at about 9-10oz, then simply wearing a lighter shoe that doesn’t cost $150 would seem to accomplish the same benefit. We know from existing research that we gain about 1% in economy from every three or so ounces we drop in shoe weight, so a six ounce flat might provide the same benefit. One could argue that the benefit of Boost is that you get the same economy benefit as a lighter shoe but with greater cushioning and durability, which may in fact be true, but then we get into the question of how the midsole affects running form and the forces applied to the legs and feet.

Amby finishes his article with some great advice:

“When you try out the Adidas Energy Boost, don’t imagine that you’ll bounce effortlessly off the road or run as fast as Haile Gebrselassie. Instead, run in the store or on the nearby sidewalk and ask yourself: Does this shoe feel like a natural extension of my body? Does it feel like it was almost custom-designed for my feet? Does it give me a smooth, crisp “ride” when I run in it?”

In other words, don’t buy because of the marketing. Buy based on how a shoe feels on your feet. Try it on and run in it. Does it disappear, does it work with your stride, or do you feel like you fight the shoe with every step? These are the tests we runners need to apply.

And if you happen to have a portable oxygen monitoring system handy, the real testing can begin

You just finished reading Amby Burfoot on Energy Return in Running and the adidas Boost Midsole! Consider leaving a comment!