An Evolutionary Runner on the Runner’s World "Other Voices" Blog 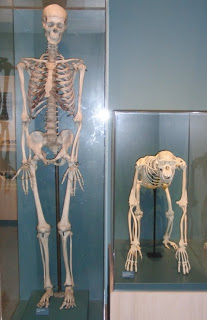 I’d like to thank Amby Burfoot for suggesting that I submit something, and also for helping with topic choice and editing – thanks a bunch Amby! I’d also like to thank Peter Vigneron at Runner’s World for accepting the post and publishing it. Here’s a very brief excerpt:

“…running is a gift that we as a species should celebrate. It doesn’t matter what put on your feet when you are out on the road or trail, what matters is that you are out there, doing what the bones and muscles of your legs and feet evolved to do.“

To read the entire article, follow this link: http://othervoices.runnersworld.com/2010/07/an-evolutionary-runner/.

If you are interested in the topic, and would like to hear a lecture that I gave on it in my Exercise Physiology class last Spring, you can check out this podcast episode that I put together: Runblogger Runcast #7: The Evolution of Distance Running in Humans

You just finished reading An Evolutionary Runner on the Runner's World "Other Voices" Blog! Consider leaving a comment!