An Inside Look at the Skechers Performance Footwear Team 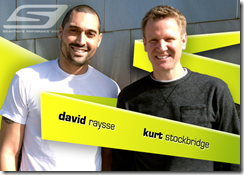 For the past year or so I have been in regular contact with Kurt Stockbridge and David Raysse, the core of the relatively new performance running team at Skechers. Starting with the original Go Run, I’ve now wear tested and have provided direct feedback to Kurt and David on at least 6-7 shoes that have either reached market or are still in development. The process has been both educational and incredibly fun – I’d previously had very little knowledge of how the design process works, and it’s a kick to give a piece of advice on a shoe and receive a pair the following week with your suggested changes incorporated. 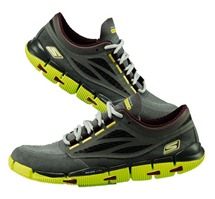 One of the things that has impressed me the most about the approach that Kurt and David have taken is that they have sought out advice from runners directly and have brought a number of us in as a core feedback group. Their goal is to make technical performance shoes for runners, and to gain a toehold in the performance running market. This has understandably been a challenge given the Skechers’ reputation of making mostly casual, fashion, and kids shoes (not to mention Shape-Ups!). But, they have been given a great deal of autonomy to do what they think is right, and in my opinion they’re off to a very strong start. For example, the GoBionic is a top option among zero drop, cushioned shoes, and the GoRun 2

is a very solid improvement over the original GoRun. I spent a lot of time running in iterations of the GR2 this past summer, and hopefully will get a review up soon, as well as some discussion of the various iterations that were produced and how things were changed. I’m also now running in the trail version of the GoBioinic, and it may be the best shoe they have produced to date. A commercial version of Meb Keflezghi’s Olympic marathon shoe should also be out next year.

About a month ago my buddy Thomas Neuberger at Believe in the Run suggested the idea of collaborating on an interview with Kurt and David (and by collaboration I mean that Thomas did most of the work). Thomas wrote up a bunch of questions, I added a few of my own, and he has now posted the full interview on his blog. To get an inside scoop on what is going on over at Skechers, read the interview with Kurt Stockbridge and David Raysse at Believe in the Run.

You just finished reading An Inside Look at the Skechers Performance Footwear Team! Consider leaving a comment!