Army Study: No Difference in Injury Rates Between Traditionally and Minimally Shod Soldiers 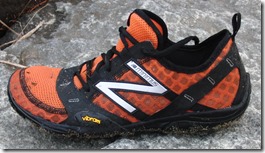 I was poking through the abstracts of presentations for the upcoming meeting of the American College of Sports Medicine the other night and came across one for a study comparing injury rates between traditionally and minimally shod US Army soldiers.

Titled “Injury Risk and Performance among Soldiers Wearing Minimalist Running Shoes Compared to Traditional Running Shoes,” the study was carried out by a team of researchers from the Aberdeen Proving Ground in Maryland led by Tyson Grier. Among the co-authors is Bruce Jones, who was a member of the team that conducted a series of studies showing that assigning shoes to soldiers based on arch shape was no more effective than simply assigning them all stability shoes by default.

It’s worth emphasizing that this is an abstract of a presentation, not a peer reviewed journal article, so it has not yet been vetted by the scientific community. But, since I am familiar with previous work from members of this group I suspect it will wind up in a journal soon.

Here are the methods of the study as reported in the abstract:

METHODS: Participants were men in a U.S. Army Brigade Combat Team (n=1332). Physical characteristics and Army Physical Fitness Test (APFT) data were obtained by survey. Fitness performance testing was administered at the brigade and the types of footwear worn were identified by visual inspection. Injuries from the previous 24 months were obtained from the Defense Medical Surveillance System. Shoe types were categorized into 2 groups: TRS (cushioning, stability, motion control) and MRS. A T-test was used to determine mean differences between personal characteristics and fitness performance metrics by shoe type (MRS vs. TRS). Hazard ratios (HR) and 95% confidence intervals (95%CI) were calculated to determine injury risk.

You’ll note that the study looked at a very large sample of over 1000 soldiers. I’m not entirely sure what criteria were used to differentiate minimal vs. traditional shoes, but I don’t fault the authors since an abstract rarely gets into that level of detail and I assume that information will come in the presentation or the journal article when it is published. I’m also not clear if the soldiers were wearing the particular shoe types for the entirety of the 24 month tracking period. A strength of the study is that they are not relying on self-reported injury information – it comes from the Defense Medical Surveillance System.

Here are the results:

In light of the post I wrote yesterday on shoe sales and what runners are wearing, it’s worth noting the discrepancy between minimal shoe use among the soldiers versus other shoe types. 17% were wearing minimal shoes, only 2% were wearing motion control. Minimal shoe use was not far behind use of traditional stability shoes (24%) in this military population.

If you’re a minimalist advocate you might love the following statement from the results: “Soldiers wearing MRS were younger than those wearing TRS, performed more push-ups, more sit-ups, ran faster during the 2 mile run, excelled on the vertical jump test, performed more pull-ups, completed the 300 yard shuttle run faster, and scored higher on the Functional Movement Screening test.” I wonder how long it will take for this line to wind up in shoe company marketing materials. It’s important to remember that correlation does not equal causation, and this result does not mean that they excelled in these areas because they wore minimalist shoes. It could simply mean that younger, fitter, more athletic soldiers prefer minimal footwear.

The result that may be of most interest in light of the great footwear debate of the past few years is the fact that when they controlled for the various differences between the groups, there was no difference in injury risk between the soldiers wearing the traditional shoes and those wearing minimalist footwear.

This result will be likely spinned in one of two ways depending on the bias of those reporting it.

Minimalist skeptics will say: These results show that the minimalist advocates are full of it, and minimalist shoes are no cure-all. They would be right (at least regarding the second part).

Minimalist advocates will say: These results show that all of the cushioning and “technology” jammed into traditional running shoes provides no benefit over a simpler, more minimal pair of shoes when it comes to injury prevention. The marketing hype is a bunch of bunk. They would also be right.

Here’s what I would say if these results hold and the study gets vetted and published:

Those saying that minimal shoes are too dangerous have no leg to stand on. They don’t appear to be any more dangerous than traditional shoes. Those touting minimalist shoes as the one and only way are also wrong. Soldiers wearing them got hurt at rates equal to those in traditional shoes, and some people appear to do just fine in traditional shoes. It would be nice to see a similar study focused solely on runners, but I’m pretty sure this is the biggest study we have on the subject so far, and soldiers presumably do a fair amount of running (if I’m wrong, feel free to correct me).

What I keep coming back to is that each runner is an individual, and their needs must be considered on an individual level. Some will do well in traditional shoes, some will do well in minimal shoes. People will get hurt in both. The challenge is figuring out what type of shoe will most benefit each individual – this is where knowledgeable coaches, therapists, running store employees, etc. are so valuable. They handle the n=1, and for the runner in pain, that’s all that matters.