Ask Coach Caleb: Why Should Runners Vary Pacing for Different Types of Workouts? 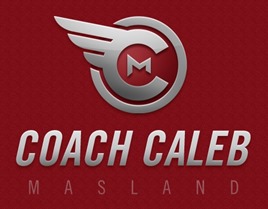 If you’ve ever had the chance to see how elite runners train, one thing that becomes apparent very quickly is how their approach to pace/effort is different from most amateur runners. Elite runners tend to run their workouts really hard when it’s called for, and they run really slow (relatively speaking) during warm-up and on recovery runs. For an example, take a look at the pacing approach of 2016 Olympic Marathon Trials qualifier Cole Atkins – he routinely runs paces varying from 8:00/mile down to sub-5:00/mile in his training. He often covers this entire range in a single run!

In contrast, a really common habit for the rest of us is to fall into a single pace or effort on our training runs. We either run the same easy pace day after day, or we try to push each run to the point where we burn out. And when we do vary pace, it’s often over a much narrower range – maybe 75-90 seconds vs. the 3 minute range covered by Cole Atkins in the example above. If you want to get the most out of your training and your body, you need to take a page out of the elite training book and work both ends of the speed/effort spectrum and everywhere in between. Here are three major reasons for varying your pacing from workout to workout.

Rightly so, the concept of varying impact force distribution has been getting more attention lately. For example, this appears to be a major factor behind the benefits we can get from rotating shoes of different types/designs from day to day. Similarly, when you vary your pace from one workout to the next you vary how forces are applied to the body and may thus reduce the likelihood of suffering a repetitive overuse injury. The keys here are the subtle differences in stride length and stride rate that naturally occur at different paces (both rate and length of stride tend to increase with faster pace). These little differences create different impact angles, and therefore different shock absorption profiles in your body. Over a lot of strides through a lot of runs, this can mean the difference between being healthy or dealing with one of the classic running injuries like IT Band Syndrome, Achilles Tendinitis, or Runner’s Knee. So, pace variation can be an important part of injury prevention.

We have multiple pathways to deliver energy to our muscles, and they are largely regulated by effort. Most easily measured in terms of heart rate, we’re relying on very different sources of energy when running a very easy effort (aerobic) versus running a very hard effort (anaerobic). And, this isn’t just a “one or the other” scenario, as we’re always using a blend of both aerobic and anaerobic energy when we run. The more we train a particular energy system, the more efficient it becomes. When we train across the entire spectrum of effort, we build a much better engine for future running and racing. This allows us to be able to change gears in races, finish them strong, and run for longer distances. So, pace variation is also a part of speed and endurance development.

For people who have become serious about running, taking each day too hard is a more common problem than taking each day too easy. This is an easy trap to fall into; at first, pushing it on a daily basis leads to a lot of improvement. The problem arises when, inevitably, all of the hard training catches up with the runner and they find they are either unable to run as fast as they recently had been, or they succumb to an injury. Seasoned runners have learned (maybe the hard way) that adaptation must always be considered and respected. It’s really true: You don’t actually get faster when running faster, you get faster when your body has a chance to adapt and compensate for the training you’ve completed. This is why recovery runs are important – mixing in slower runs after hard workouts allows the body to recover and adapt to hard training without breaking down. So, in summary, pace variation from workout to workout plays an important role in allowing the body to adapt over time.

How To Estimate Your Training Paces

A good training approach will feature pacing that goes all the way from very easy to max-effort sprints. When mixed together in the right combination, significantly more progress can be made at the same time that injuries and layoffs can be avoided. Just remember: Hard days hard, easy days easy, and make sure you touch everywhere in between along the way.

To get a ballpark estimate of paces for various types of workouts, check out the McMillan Running Calculator or the Jack Daniels Running Calculator. Both allow you to input a recent race time as a way to tailor paces to your current level of fitness. A word of caution – be careful with the race pace predictors on these sites. Without adequate training, your best time in a 5K may not accurately predict what you are capable of in a longer race like a half-marathon or marathon.

Editor’s Note: Ask Coach Caleb is a new feature on Runblogger. If you have any training questions you would to be considered for a future post, please leave a comment!