It’s a magical time of year. Just as the world prepares to descend into the dark of winter, it rewards us with one final glimpse of the beauty of life. The trees begin to turn colors, the afternoon sun gently bathes you in its rays, and the ever-present breeze reminds you of the impending change. Autumn is a season of uncertainty. A season of perseverance. The autumn leaves display the very steadfastness that marks our human condition.

A handful of crimson leaves stubbornly refuse to let go. The autumn wind is able to dislodge a few of them. Others simply give up and join their fallen brothers on the ground. One by one, each leaf surrenders itself to the inevitable. Except for one. One leaf that will not give up. One leaf that won’t accept defeat. One leaf that fights until the end.

The leaf’s fight may be futile. It may all be in vain, but the leaf knows it has to fight in order to know. It needs to fight if it wants to know if it could have made it. Even though the writing is on the wall. Even though history says otherwise. That one final leaf fights.

Autumn does everything in its power to break that last leaf’s will. Autumn knows that the last leaf has to fall in order for winter to take its place. But the leaf will not concede. The leaf yearns to make it through the cold, the pain, the winter. The dark days bring about uncertainty. The wind of fear and despair relentlessly blows at the leaf. Its stem begins to bend, but it fights the urge to break.

I am an autumn leaf. I should fall. I should surrender. I should let go.

I won’t fall away. I won’t surrender hope. I won’t let go of this love. 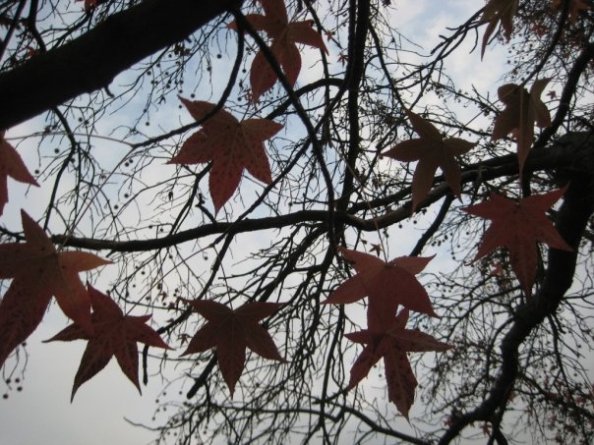