Barefoot Running Form in My Kids: Photos of Foot Strikes

Sometimes a picture speaks volumes. Below on the left is a photo I grabbed from a video that I shot of my 7 year-old son running down the road barefoot in front of my house last weekend (he spends most of the summer either barefoot or in Crocs). On the right is a picture of a boy who has never worn shoes running down a dirt road in the Nandi District of Kenya (filmed by Daniel Lieberman). Both are frozen at the moment of initial contact between the foot and the road. Love this photo. 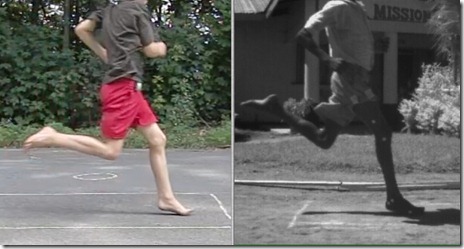 Getting my son to run without being a ham in front of a camera is a major challenge, so some of these clips may not be his most natural form, but he did exhibit some variability. Here’s a nice midfoot (full-foot) strike. 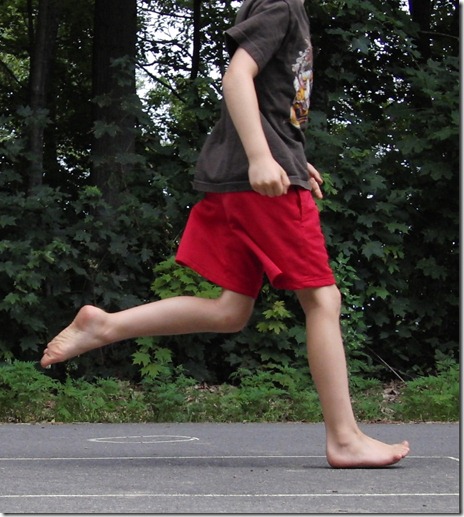 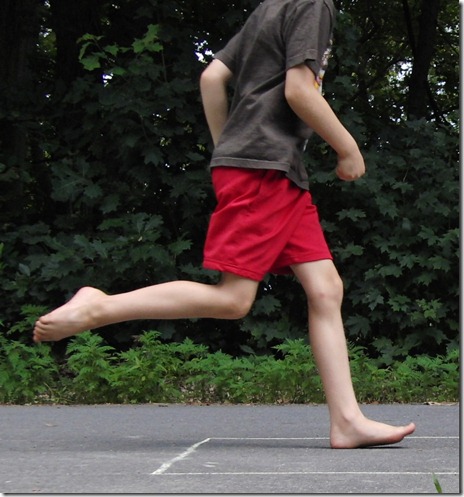 I like these photos because they show that footstrike can be variable a bit to either side of the midfoot (particularly at slower paces), but I never see the 45 degree angle between his sole and the ground that I see in some shod runners. If I had to guess, if I could get continuous footage of him and not just have him run a short distance by the camera (where he is prone to showboating), I’d mostly see forefoot strikes on the asphalt. My next challenge is to figure out how to rig my camera to my bike so I can get a longer clip…

My 5 year-old daughter, on the other hand, seems to be a pretty consistent midfooter when barefoot (maybe slight forefoot in the second landing). She’s also mostly barefoot in the summer, but sadly is already showing a taste for high-heels (she has a bit of a fashionista in her). One cool thing about the photos below is that you can see that when she’s running faster (top 2 photos), her thigh angles further forward, but in all cases her lower leg is more or less perpendicular to the ground at contact: 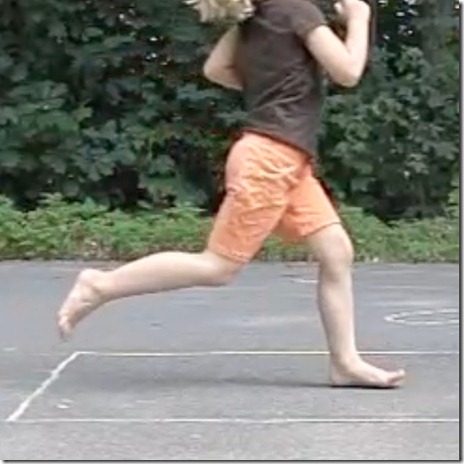 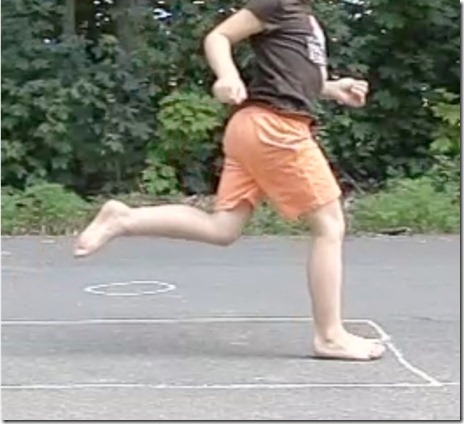 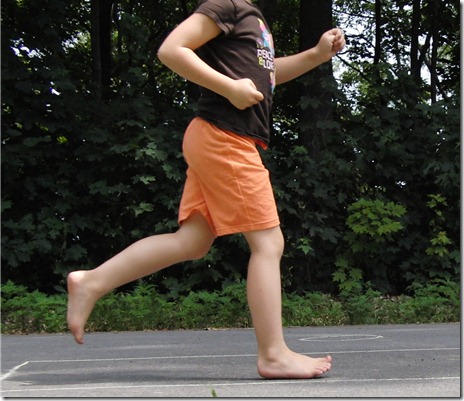