Barefoot Running Injuries and the Evolution of Distance Running in Humans

I just read an interesting article by Matt Fitzgerald titled “The Barefoot Running Injury Epidemic” about the rising tide of barefoot running injuries (article published on Competitor.com). In the article, Fitzgerald indicates that various medical professionals (physical therapists, podiatrists, etc.) are reporting seeing increasing numbers of patients who are suffering injuries thought to be directly related to running barefoot. I’m not surprised in the least by this, as a simple perusal of almost any barefoot/minimalist running forum will typically turn up multiple people complaining of various aches and pains (some serious, some less serious) related to starting to run barefoot or in minimalist shoes like the Vibram Fivefingers.

While the reports in Fitzgerald’s post are anecdotal (we really need some hard data!), I have no reason to suspect that the rash of barefoot running injuries isn’t real. In fact, I myself even dealt with some unusual pain on the top of my foot after my first overly exuberant run in the Vibram Fivefingers last summer (during which I tried to force a forefoot strike for over a mile – very bad idea). This initial scare led me to shelve the Vibrams for a few weeks before working my way back into them much more slowly (I now run regularly in Vibrams with no problem). I’d speculate that a majority of the injuries being seen are related to people jumping on the barefoot/minimalist bandwagon and overdoing it with mileage to the point where their bodies can’t adapt quickly enough to the new repetitive forces being placed on them. This is a recipe for disaster, and ligament/muscle damage and stress fractures are an unsurprising result (I should note that this is likely not unique to barefoot running, and could equally well apply to switching to a new style of shoe).

I’d also agree with Fitzgerald’s point that some people simply aren’t suited to run barefoot, and there are probably an awful lot of “Jim Hogarty’s” out there (if you haven’t read Fitzgerald’s article, Jim Hogarty is a pseudonym for a childhood friend who couldn’t run). So given all of this, I’d say I’m mostly in agreement with almost everything Fitzgerald wrote in that article. I believe that barefoot running can and does cause injuries (just as shod running can), that it must be adopted with caution and care, and that there a certain number of people who simply should not do it due to underlying biomechanical problems. At the same time however, I see no reason why someone shouldn’t try to run barefoot to see if they like it, and keep doing it if it works positively for them. As long as it’s done carefully (not too far, not forcing anything like I did with the forefoot strike in Vibrams), I suspect most people who try barefoot running are not going to horrifically injure themselves. I’ve tried running barefoot on asphalt twice myself, only to decide that it wasn’t for me, but I have run 100+ miles in my Vibram Fivefingers with no problem since that very first run.

The one major point where I do tend to disagree with Fitzgerald is regarding his take on the evolution of distance running in humans, and this stems mainly from the fact that I myself am an evolutionary biologist. In his article, Fitzgerald states the following:

“…humans really are not born for distance running in the same way that cheetahs are born for sprinting. Evolutionary biologists other than Daniel Lieberman will tell you that humans are born generalists more than we are born specialists in endurance running or anything else. A natural consequence of this “jack of all trades, master of none” design is that there are different types of individual specialists within the total human population. Some of us are strong, others weak. Some of us have great hand-eye coordination, others don’t. Some of us can be great marathon runners, others can’t run a step.“

There are a number of problems with what is stated here. First of all, who are these “evolutionary biologists other than Daniel Lieberman” that he mentions? I’m sure they’re out there, but why shake the finger at Lieberman’s theory without backing it up with some names, citations, and/or quotes? 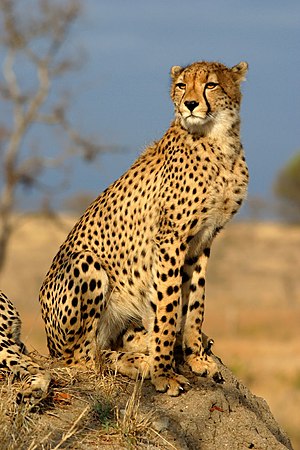 Second, the cheetah example is a poor one. Natural selection has molded cheetahs to be excellent sprinters so that they can catch equally fast prey, and this is more or less what they still do in the present-day environment. If a cheetah were a poor sprinter (now or thousands of years ago), that individual would die and not pass on its genes. In other words, it would be an evolutionary dead end.

Following on this, you cannot compare the human population of today with that of our distant ancestors. I suspect that variation within early human populations was far smaller than it is today, and I personally find Lieberman’s distance running hypothesis to be entirely plausible. Early humans had to be able to find and catch prey, and if they couldn’t do it well, they would have died out. In other words, if you buy Lieberman’s persistence hunting hypothesis, early humans had to be able to run well to track and kill prey. There could very well have been subdivision of labor among individuals as Fitzgerald suggests, but I’m not sure that we’ll ever know that for sure with any greater degree of certainty than we’ll know if Lieberman is correct. 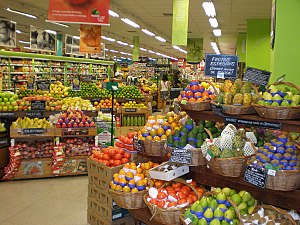 In contrast to the above, modern humans rarely if ever have to run for our survival. We don’t need to hunt and gather our food, and the nearest supermarket is typically only a short drive away. In fact, millions of largely sedentary individuals manage to reproduce every year, so there is no longer any selective pressure for a human to be well adapted to distance running. This doesn’t mean that our species didn’t evolve to be excellent at distance running, it just means that we no longer need this skill and deleterious traits that impede our distance running ability have managed to filter through the human population. So it’s quite possible that the human species evolved to run, but that many modern humans are not born to run in any way, shape, or form (barefoot or in shoes!).

Perhaps the better analogy here would be to look at dogs. Modern dog breeds are descended from the wolf, which by all accounts is a fantastic distance/endurance running animal. However, most dogs nowadays are domesticated and don’t need to chase down and kill other animals in order to eat. Nobody would think to take a chihuauhua for a 20 mile run, or a bulldog for a speedy interval session. Just as some human individuals nowadays are built to run well and others are not, some dogs are better than others at distance running, and some possess traits that make them poorly suited to running at all. So with dogs we have an example of a species that evolved to run very well, but nowadays consists of highly variable individuals, some of whom are better suited to running than others. Is it not possible that the same type of situation could apply to humans? What if, like dogs, we descended from a much less variable population of excellent distance runners, only to have inactivity, medical advance, and modern convenience lead to a loss of this ability in at least a portion of our population? If this is the case, then maybe some people can run barefoot just fine like our ancestors did, but maybe others need a bit of corrective help along the way.

I’ll finish with this – it is for the above reasons that I find the following statement made by Fitzgerald to be frustrating: “The romantic vision of an Edenic primitive humanity in which everyone ran like Kenenisa Bekele is complete hokum. Endurance running was very likely only ever a specialization of the few, exactly as it is today.” How does he know this? Maybe there are data out there supporting this contention (I’m not an anthropologist, so I don’t know the relevant literature), but a statement like this really needs to be backed up beyond simply referring to “evolutionary biologists other than Daniel Lieberman”. Lieberman has provided a bunch of evidence to support his distance running hypothesis (both anatomical and physiological), and it takes more than an unsubstantiated throwaway statement like this to shoot that down and call it hokum.

You just finished reading Barefoot Running Injuries and the Evolution of Distance Running in Humans! Consider leaving a comment!