Become your own hero 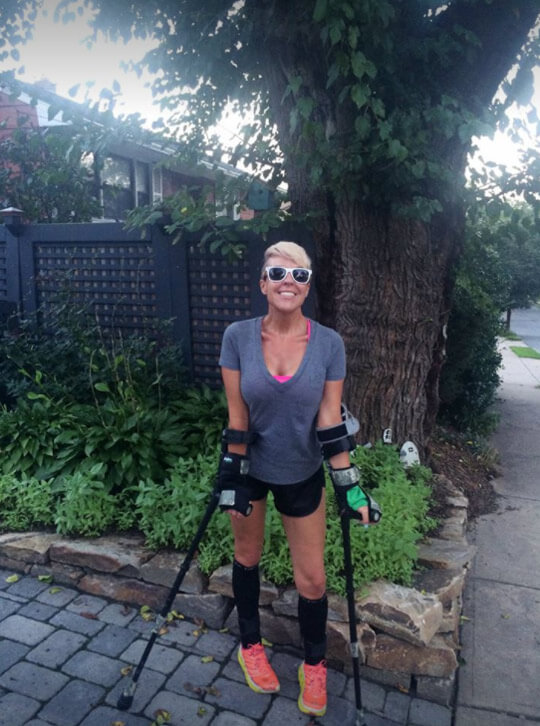 “I was run over eight years ago, injuring everything in my body from my skull to my toes. I used a wheelchair for years and was told that the atrophy in my right leg was permanent and irreversible. I contemplated suicide, but I realized that I needed to become the hero that I was waiting for. I needed to take my recovery into my own hands and fight for my own life. So, I joined a regular able-bodied gym and began taking vitamins, eating clean and playing wheelchair sports. I instantly felt stronger, healthier and more able. I realized I was so depressed for all those years because I had allowed myself to stop living. As I transitioned to forearm crutches, I began doing races. Since 2012, I have completed over 60 5Ks, 36 10Ks, 25 half marathons, one full marathon and numerous obstacle course races, like the Spartan Race. In November, I’m excited to tackle the New York City Marathon. I’ll be racing for my mom who has stage IV pancreatic cancer. I plan to keep pushing forward and creating this unbelievably awesome life that would have never been possible had it not been for the struggles placed in my path.” – HOKA fan Amanda Sullivan