Home / Blog Posts / Blowing the Dust Off the Brooks Vantage

Blowing the Dust Off the Brooks Vantage

(Disclaimer: Brooks sent me these shoes for free. But I probably would have bought them on my own anyway.) 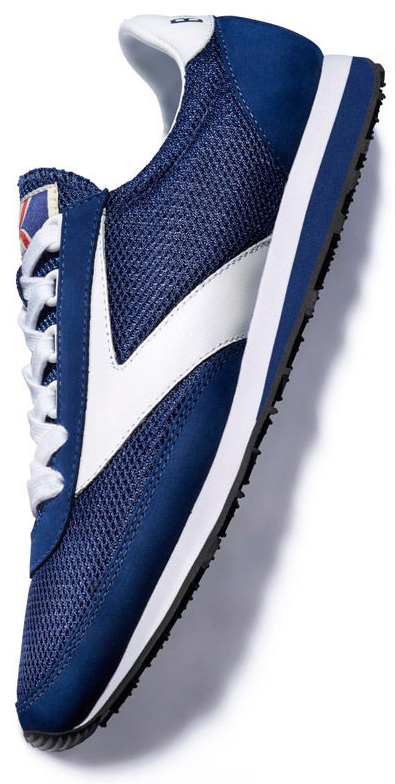 Every young runner falls in love with Steve Prefontaine. Dat Mustache. The way he ran like a hellion bent on drawing blood from his opponents. And the fact that he had opponents. Pre was not in it for the love of the game. He went onto the track to dominate, and he possessed a swagger that is normally reserved for the NBA.

“The ‘70s really marked evolution in the running industry,” Shane Downey, the self-described Brooks Running historian, says. It was the Bruce Jenner period, the period of the ’72 and ’76 Olympics. “They’re iconic images that have really helped to define not only the running industry, but America from that point on.” 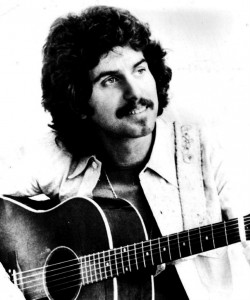 Even if you weren’t born yet (like me), the magic of the ’70’s is still something ripe for infatuation. Running just looked so damn sexy.

The reason I mention Downey is because he’s to blame for the best thing to happen in March 2014 (my personal opinion), which is the release of Brooks’ first vintage line, the Brooks Heritage Collection, in celebration of the brand’s 100-year anniversary.

Released in 1976, the Vantage was groundbreaking in the running industry. It introduced Brooks’ patented Varus Wedge (see ad below from 1977), which helped launch the concept of (what we now refer to as) stability shoes. 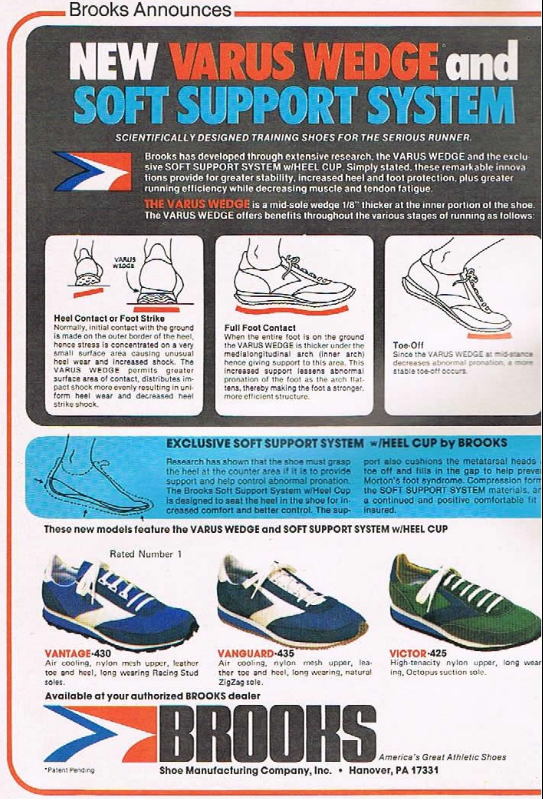 Brooks Vantage Ad from 1977 (via The Runner’s Shop)

The original Vantage was so good that it became Brooks’ first shoe to win the coveted 5-Star Award from Runner’s World Magazine. But who cares how good it was back then. Just look at this sexy beast. You can practically hear the disco:

Downey kept the Varus Wedge as just one of the historical details recreated in the modern Vantage, along with the sheet EVA for the midsole, which is the same as ‘70s original. But look closer and you’ll notice all these amazing details, like handbag-grade leather used in the Brooks Chevron on the side and for the heel tab, or the feathery nubuck leather in the upper’s toe guard, eyelets, and heel cap.

If you’re not turned on right now, it must still be winter.

“Brooks has a rich running history, and people are always looking for that authenticity,” Downey says.

It’s that authenticity, complete with mustache, that you see in the Brooks Vantage (they just keep coming). There’s plenty of downside when it comes to being old. But vintage shoes aren’t one of them.

This is the second post in a two-part series – read about the Brooks Vanguard here.

–
The Brooks Vantage comes in medium and wide widths (widths in select colors), with men’s sizes 7-13 and women’s sizes 6-11 available. There are five colorways for men and two for women. Fit them a half-size shorter than your current running shoe. Find the Brooks Heritage Collection Vantage at your local running specialty store or online at City Sports or BrooksRunning.com. 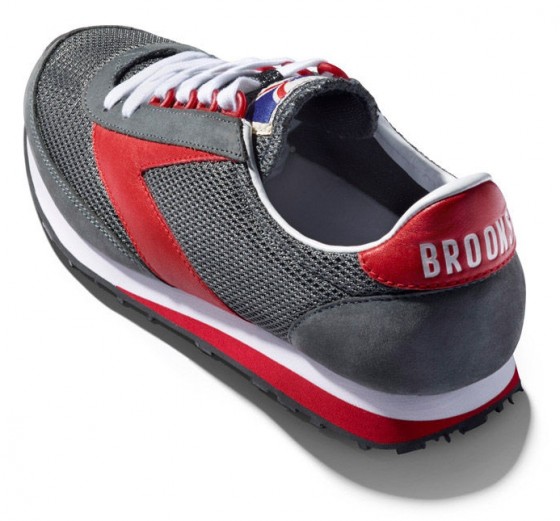 You just finished reading Blowing the Dust Off the Brooks Vantage ! Consider leaving a comment!