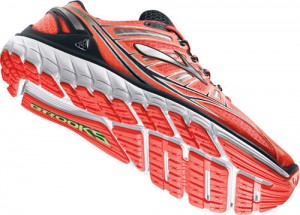 Two days ago I received a large envelope in the mail that contained the March issue of Runner’s World. It felt a bit stiffer than a typical issue, and after reading an accompanying letter from Brooks, I opened the magazine to find that Brooks had placed a video ad inside for their new shoe, the Brooks Transcend.

I’m not sure if this was a special edition just for bloggers/media. I suspect so given the potential expense involved in wide circulation of an ad like this. But, I have to admit that although I really have no interest in the shoe personally (too heavy for my taste), the video ad is pretty darned cool and I wonder if we are seeing a glimpse at the future with this type of advertising (check out this post on an Outside Magazine video experiment for a different implementation)?

Check out the ad in the video below (click on the gear in the YouTube interface to adjust settings if you’d like to view in HD):