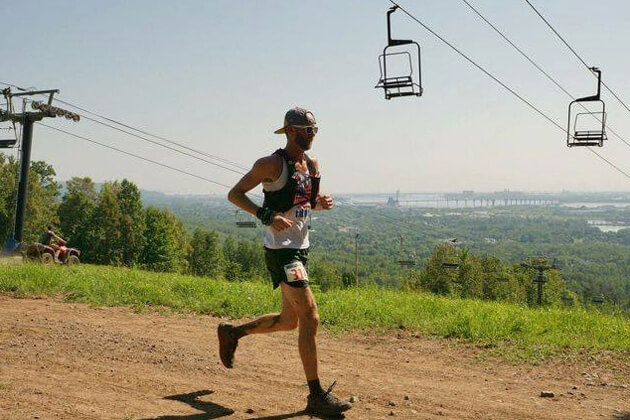 “Until May of 2016, I despised running. I had never run over two miles. But, after five months of focusing on health and fitness with my wife, I decided to step out of my comfort zone and do a sprint triathlon. During the course of training, I absolutely fell in love with running. After the sprint, I immediately signed up for a half marathon and went straight into training for that race. The biggest reason that it became a passion was that I could share it with my wife, and that has been life changing for us. Now, I get to spend so much more time with her. She’s an absolute beast of a runner, mom and wife, and getting to be more present in seeing that is such a beautiful gift. In 2014, we started a Facebook group to help motivate a group that was running a half marathon. That group grew over the years, and in January of 2017, we started Arch City Run Club. Our goal is to provide encouragement and a positive community for people to feel comfortable, no matter what form of running they are looking to do.” – HOKA fan Ryan Maher