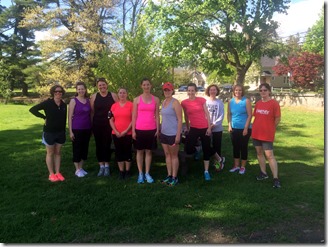 One day last winter I was running near a park about a half mile from the clinic where I work. Passing another runner was a fairly rare occurrence in January and February this year – all but the most diehard had given up on running outdoors due to the consistently frigid temperatures. But on that day I saw another runner approaching me up ahead.

As I got closer I realized that I knew this person. It was Holly, and she had been a member of my beginner 5K group the previous spring. We stopped and chatted for a bit, and she told me how she’d been running consistently since the program had ended. She had even put screws into the soles of her shoes to allow her to continue running on the icy sidewalks. It made my day.

At another 5K this Spring I was about a half mile from the finish line and a runner coming in the opposite direction called out my name and waved. It was another graduate of the 2013 5K group. I didn’t see her after the race, but in a Facebook posting to our group page she indicated that it was the first time she managed to get her average pace under 10:00/mile in a 5K. Last year she also announced to us at one point that she had run 100 times since the end of our program. Amazing.

Last week I was driving my daughter home from school and we passed a runner on the sidewalk. Yet another 5K program graduate! I hadn’t seen her since the program ended, but my co-coach Erin indicated that she had heard she was also now a regular runner.

And on Saturday this past weekend our 2014 5K Yes I Can! group ran their end-of-program race. Eleven new runners ran, and eleven new runners finished. More will run races on their own since they couldn’t make it this weekend (we had over 20 runners in the group this Spring). Thinking back to just a few months ago when running even a few minutes was a struggle for many of them, their progress has been amazing. The group this year had an incredible energy, and they’ve requested that we continue our Thursday group run through the summer. Some have even started looking at longer races for the Fall. I can’t begin to explain how happy this makes me! 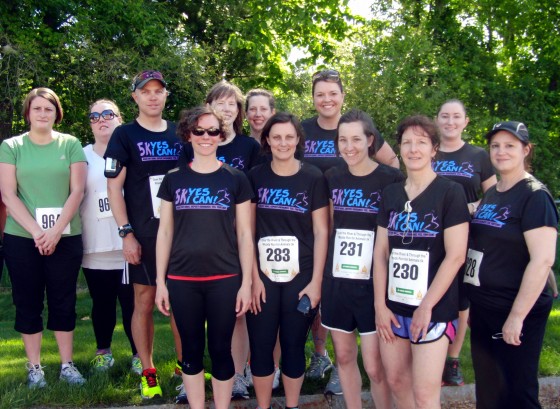 Before last Spring I had never coached runners of any kind. I can now say that it’s quite possibly the most enjoyable job I have ever had. Running changed my life, and to be able share that gift with others has been incredibly rewarding. It’s even gotten me to consider writing another book on running for beginner’s, something I never thought I’d do!

If you have ever considered getting involved in coaching, I urge you to do it – start a 5K program through your town rec department (that’s how we started ours), or volunteer to help training groups at a local running store. You’ll have a blast, and you’ll help give people a nudge along a path to fitness. It’s well worth the time and effort.

You just finished reading Coaching Beginning Runners is One of the Most Rewarding Jobs I Have Ever Had! Consider leaving a comment!