Couples on the run 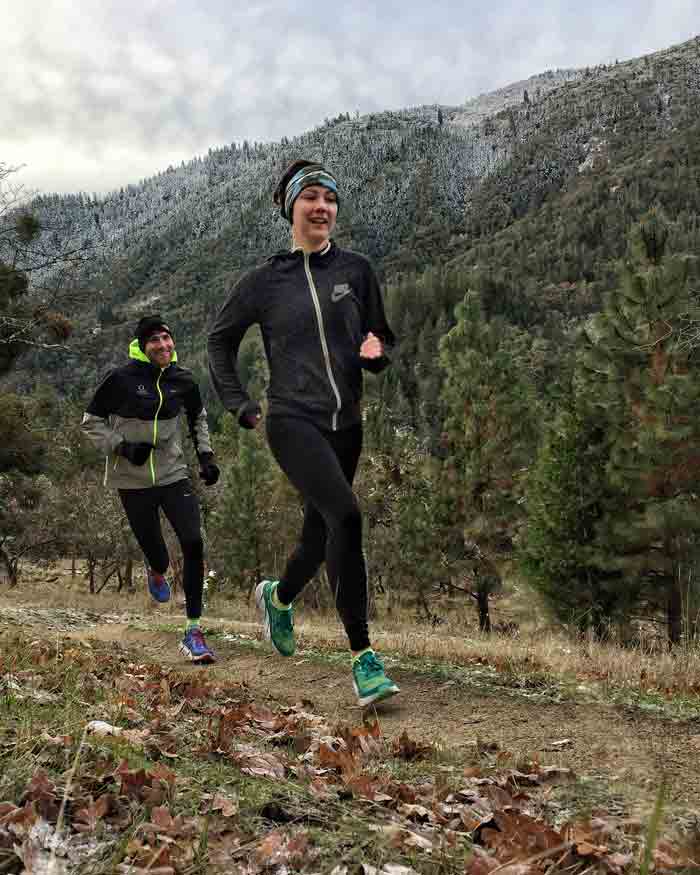 “We met working at Rogue Valley Runners in Oregon. He was going to a wedding alone and I hinted that if he wanted someone to join him… I just happened to have the same day off. He texted me the morning of the wedding and asked if I could be ready by 2PM. I bought a dress that morning, he picked me up, and we’ve been dating ever since. Cole asked me if I would join him on his first 50K race and be his support crew at The North Face 50K. Of course, I said yes! Cole winning was awesome. He worried that he would get passed as he power hiked up the last major climb. But honestly, I was just so relieved to see him round that final corner into the finish line. This race was to push him in a new way and it definitely did. Right before he turned into the finish line, he grabbed me and kissed me and then sprinted into the finish. At the end of the day, finishing healthy and strong is a huge accomplishment whether he won or not. We celebrated his win with a hot tub soak and an ice cold beer, talked about the race and started thinking about future races, drove back to Sacramento that night and woke up early one more time to watch my parents run the California International Marathon.”- HOKA fan Jocelyn Schmidt and her boyfriend Cole Watson, 2016 winner of The North Face 50K.