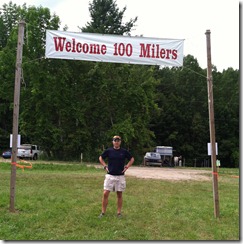 Last weekend I had the amazing experience of crewing for my buddy Nate Sanel at the Vermont 100 Ultramarathon. If you’ve never crewed an Ultra, I highly recommend it – not only did I have a blast, but the experience of watching people attempt to run 100 miles is truly awe inspiring.

Crewing a race like this essentially means riding around in a vehicle to designated handler stations where you wait for your runner to arrive. At each stop, you change out their fluids, have a selection of food available, plus be ready to change shoes, socks, handle blisters, etc. Nate had done an amazing job of giving my other crew members (Joe Hammond and Brett Coapland) and I estimated arrival times at each stop, as well as detailed instructions on what he wanted us to do for him. My job mostly consisted of refilling his handheld water bottles – one with ice water and another with Hammer Sustained Energy. I was also navigator, though Joe knew the area well enough that I had very little to do in that role. Mostly, I was able to take a lot of photos and videos and simply experience the race as a spectator. 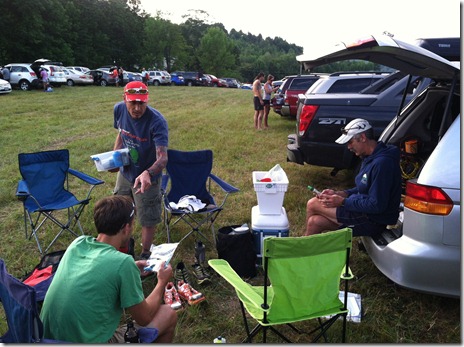 Nate went into the race with a nagging case of plantar fasciitis, and he knew that it could turn into a struggle. He’d found that he could manage the pain best in his Hoka One One Stinson Evo shoes (lots of Hokas out there!), so he started the race in those. He looked strong early in the race, and was well on-pace to meet his sub-20 hour time goal. Early aid stations were without incident, and all was going smoothly. 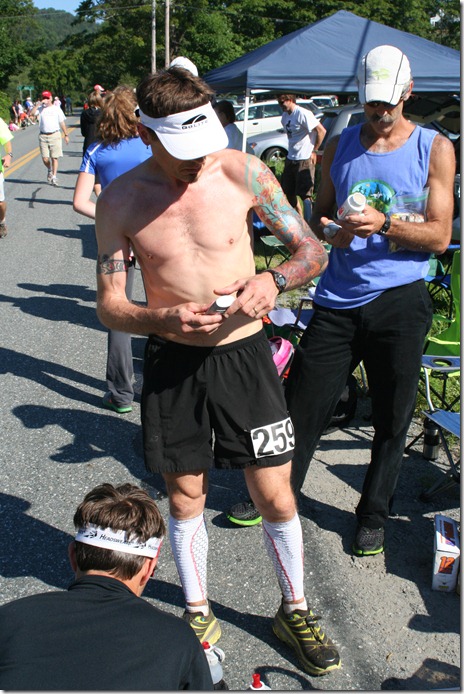 Unfortunately, Nate’s quads started giving him trouble as the miles added up, and he attributed this to the Hokas. At mile 57 He opted to switch into Brooks Grits, which seemed to do the trick as he regained his strength and he flew through the 62 mile aid station, still on sub-20 hr pace. 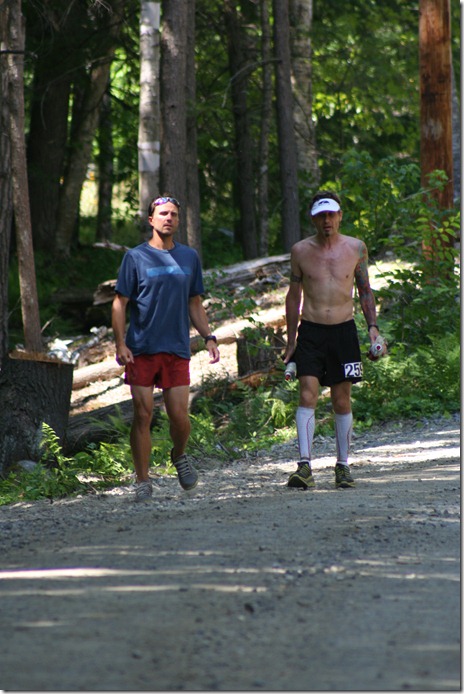 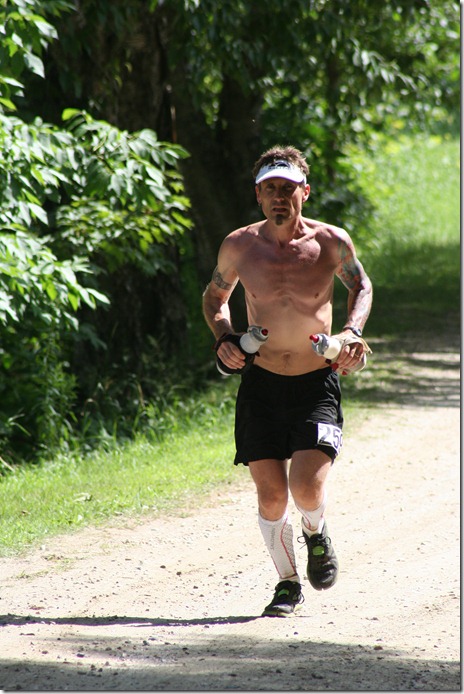 The ups and downs you witness at a race of this length are pretty impressive. We arrived at the 70 mile aid station and watched as the runners he was with just 8 miles earlier started to come through. No sign of Nate. We wondered if maybe he’d really picked it up and had arrived and gone through before we got there. Nope, no such luck, and as the minutes ticked on we knew something was wrong. Brett decided to run back up the road a bit to see if he could spot him, and after awhile he came walking down the hill with Nate, who was obviously in pain. In the 8 miles since we had previously seen him, Nate’s PF flared up to the point where it was all he could do to hobble along the dirt roads that make up much of the 100 mile course. The stretch heading out of the 70 mile stop was a brutal uphill (I had attempted to run it earlier in the day, and I can’t imagine doing it after 70 miles of running!), but Nate opted to call it a day. It was clear that the decision to drop was the right one, but it was also clear that he was deeply disappointed that he couldn’t go on. The amount of training that goes into prepping for a 100 mile race is immense, and it’s tough to not meet your goals on race day. 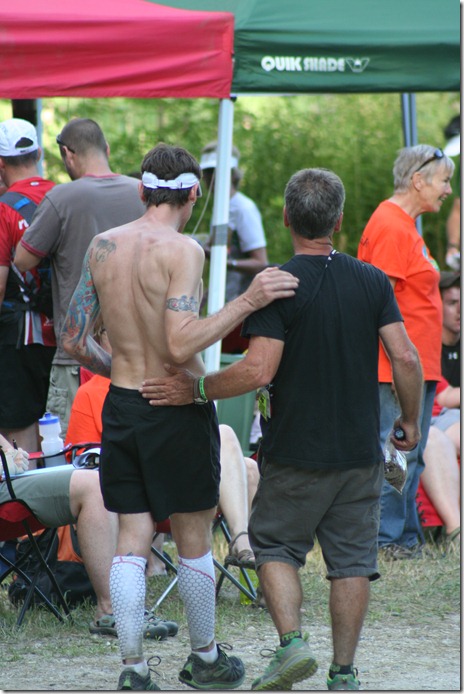 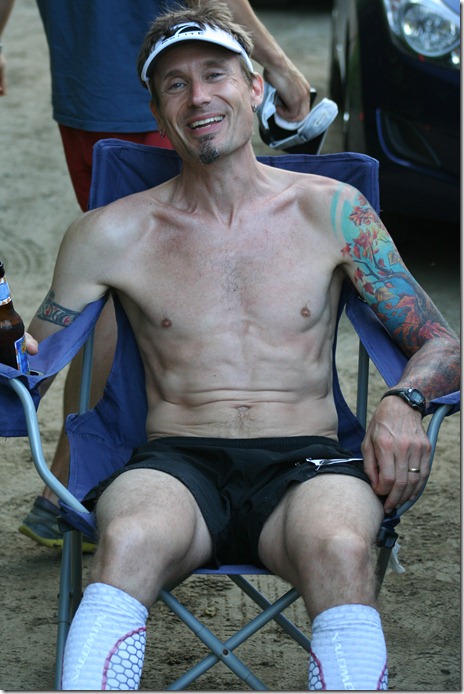 We decided to head back to camp and pack up our things and head home. The thought of hanging at the finish line to watch runners come in was tempting, but Nate was leaving for England on Monday and thought it more important that he get home and help his family pack the next morning.

The big question I had going into the weekend was whether watching the race would make me want to run a 100-miler. There is something to be said about the challenge – I found myself wondering frequently if I could do it, and I have incredible respect for those who put in the training necessary to complete a race like this. That training is the main thing preventing me from considering making an attempt at a 100 miler right now – it would simply take too much time away from my family. But, I do have to admit that I find a tremendous appeal in long trail races like this. The 50K I ran last year was one of the most enjoyable races I have run, and I’m pretty sure I’m going to do another next year, maybe the VT 50K in the Fall. After that, who knows???

Here are a few more pictures from the weekend – the horse race was along the same route used by the runners, amazing to watch them all coming through the same aid stations! 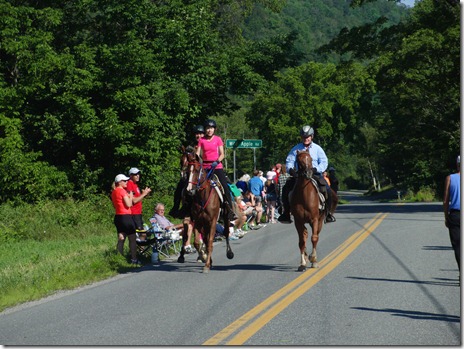 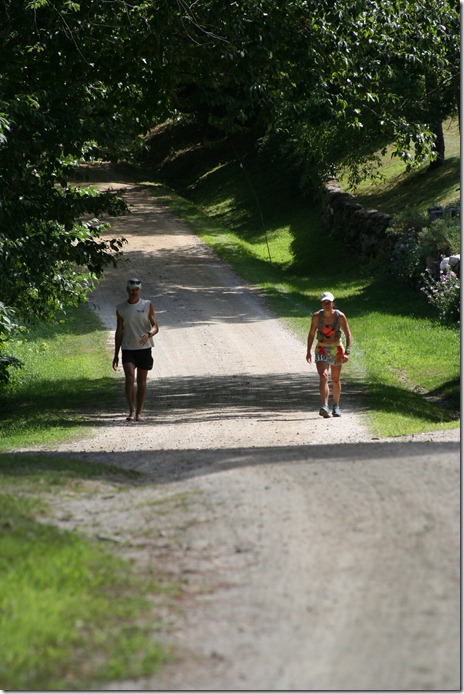 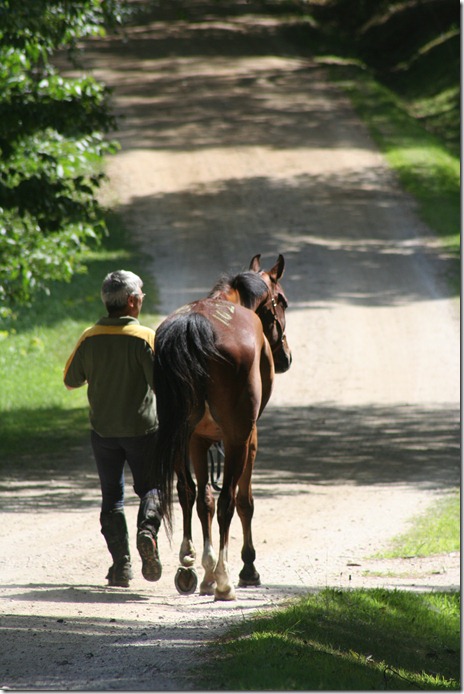