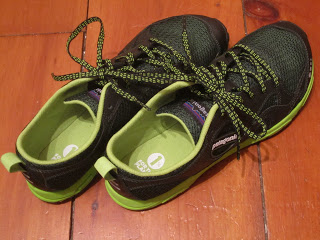 I recently received an email from Patagonia asking if I would like to review their new 4mm drop lightweight trail shoe, the Patagonia Evermore.  I was excited at the prospect since I had spotted a glimpse of the shoe a few weeks earlier and it had sparked my interest.  (Disclosure: this pair of shoes was provided by Patagonia as a media sample at no charge) 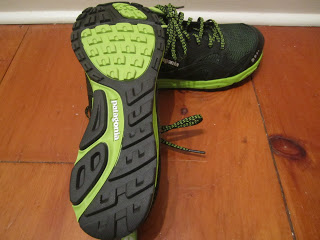 Trying on the shoe it immediately felt like it shared its DNA with the Merrell Barefoot line. I actually emailed my contact at Patagonia to ask if there was any sharing of shoe design between the companies. She told me that even though both Merrell and Patagonia Footwear are under the umbrella of parent company Wolverine Worldwide, they have entirely separate design teams (though they all work in the same office building in Grand Rapids, Michigan).

The Evermore feels very light, has a nice, snug midfoot, and an excellent, wide toe box. The heel counter is on the minimal side, which I like a lot. The fit feels almost identical to the Merrell Bare Access 2, which has become one of my favorite shoes. On my handy food scale a size 10.5 weighed in at 8.9 oz.  Patagonia claims 7.8 oz, so if they are basing it on a size 9, that sounds about right. 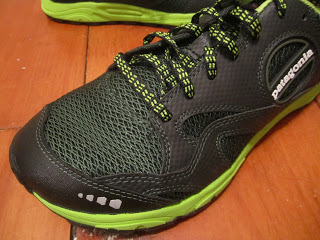 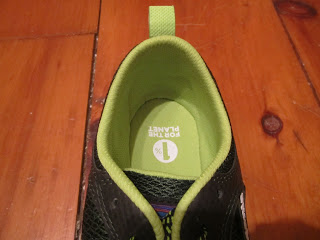 I don’t run sockless, but imagine that this shoe would be very good for those who do.  The footbed is integrated and I can’t see or feel anything that would irritate the bare foot. The tongue is comfortable and not overbuilt. There is a forefoot rockplate for rock protection. 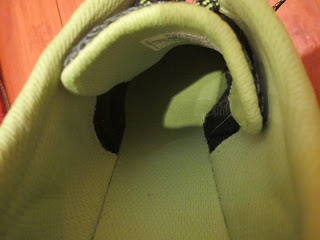 On the go, the Evermore feels firm underfoot. It is very much a barefoot type shoe, but with enough cushioning that you don’t hammer your feet on hard surfaces.  I would say that the level of cushioning and feel is similar to a New Balance MT110.  Because of the time of year I have only been able to try them out on roads and hard packed snowmobile trails. The ventilation seems excellent.  I haven’t had a chance to get them wet yet, but based on how well they breathe I’m sure that they’ll drain very well. 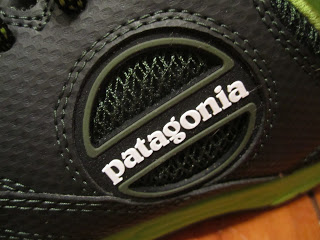 I found the traction of the Evermore to be average. They aren’t super grippy, but also don’t feel inadequate in this area – keep in mind that I haven’t had a chance to test them in a wide variety of conditions beyond road and packed snow on the trails. There is nothing to indicate to me that they won’t work well on varied surfaces though. 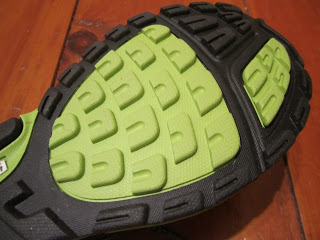 The one thing that threw me off about the Evermore is the amount of arch support built into this shoe.  It’s not that it has a ton, but what it does have feels short, firm, and abrupt.  When I first tried it on I was bummed – all I could feel was that pressure under my arch. I decided to take them out for a spin anyways and found that it really didn’t bother me. After 7 miles I had no pain or problems. 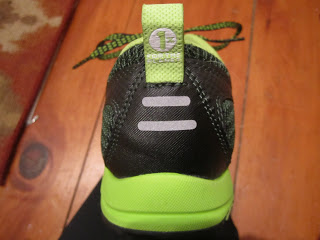 The arch support might be a plus for some. I can’t think of another shoe that has that nice, light, minimal feel that has a similar amount of buildup under the arch.  If you actually like some arch support and don’t like the flat insoles of many shoes in the minimal trail niche then you will love this shoe.

This Patagonia Evermore has a lot going for it. If it was not for this arch support I would deem it close to perfect for a mildly cushioned, light weight, low drop trail shoe.

The Patagonia Evermore is available for purchase at Zappos. 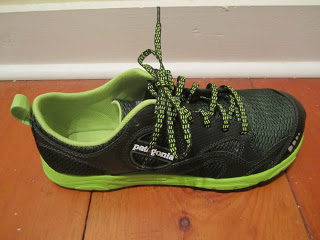