Fun With the Family: Camping in Glen, NH

I’m needing to take a break from my recent flurry of shoe-related posts, so I decided to share a bit from my personal life – hope you’ll indulge me. If nothing else, this post will prove that I do in fact do other things than run, tweet, and write about shoes!

One of the great joys of being a teacher is that I get to spend a lot of time with my family during the summer, and with three small kids in the house this means more to me than any paycheck that I earn. Prior to the arrival of our third child in early April, my wife and I made a pact that we would try to live life as normally as possible with our new addition. When our first two kids were babies, we tended to play it safe and not be adventurous, preferring to hole up in the house for the first few months of their lives. This time was going to be different.

So far, baby Benjamin has been an absolute joy, he’s sleeping remarkably well, and he’s about as mellow and easygoing as a baby can be (most of the time!). Given that, we decided to pack up the tent camper and head north to Glen, NH with some friends of ours and their kids – in case you’re interested, we stayed at the Glen Ellis Campground, which is one of our favorites. My wife and I believe very strongly in keeping our kids active and exposing them as much as possible to the outdoors, and I’m happy to report that not only did we survive our first camping trip with a 10 week old baby, we had an absolute blast! Here are some pictures from the great North Country of New Hampshire: 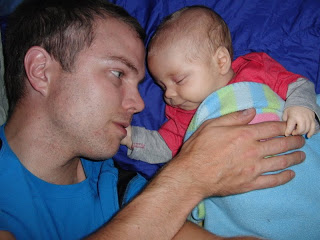 Me and Benajmin catching a snooze in the camper. 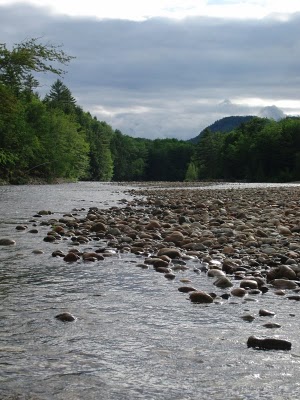 View of the Saco River across from our campsite. 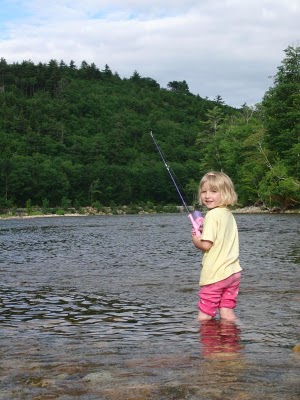 My daughter testing out her new fishing pole in the Saco River – water was very cold, but she was determined (no luck though). 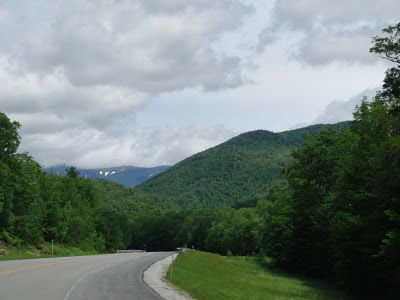 View on the drive toward Crawford Notch – I believe those white specs in the distance are patches of snow on Mt. Washington. 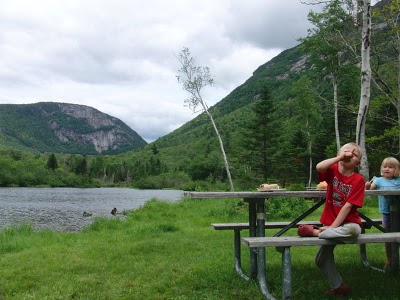 Nice spot to break for lunch! 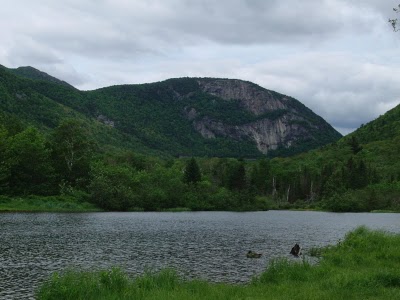 Another view from the picnic area in Crawford Notch. 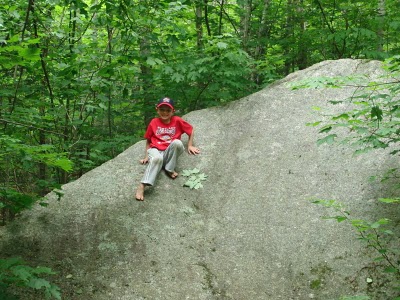 My son scaling a granite boulder – he prefers to do this barefoot (naturally!). 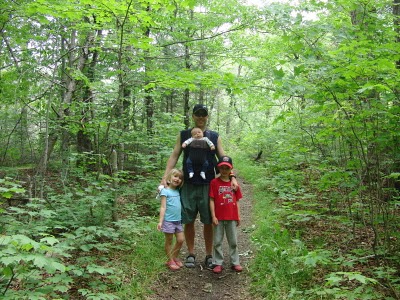 Me and my crew on the final hike of the weekend – a good time was had by all!

You just finished reading Fun With the Family: Camping in Glen, NH! Consider leaving a comment!