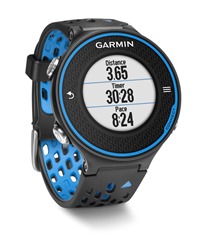 In the comments section of my recent review of the Garmin 910XT a friend mentioned that he had seen reports of GPS accuracy issues for the Forerunner 620. Fellrnr also has done some extensive testing of various GPS devices and his 620 did not fare well. Garmin has acknowledged this problem, and has a sticky post on their Forum announcing a software update to address the issue (reports of the effectiveness of this update seem mixed).

I’ve had the FR 620 since Christmas, but have not spent much time using it yet since I fell in love with the Magellan Echo + iSmoothRun App combo. Now that my Echo review is done, I’ve transitioned to using the 620 again (with the Echo on the opposite wrist) and thought I’d take a peek at my recorded runs to see if any GPS track anomalies might be found. Furthermore, I also wanted to hear if anyone else who reads this blog has had issues with accuracy on their device.

In looking at my run maps on Garmin Connect, I will say that most of the time the 620 seems to record my tracks accurately. However, there are times when I have noted that it seems to lose track of itself for a bit and the tracks look a bit funny. For example, a look at the track below would suggest that I took a detour up a hill through the woods to the right, then crossed back over the road for a dip in (frozen) Snow Pond, and then drunkenly made my way back to the road near the intersection of Shaker Road and Snow Pond Road: 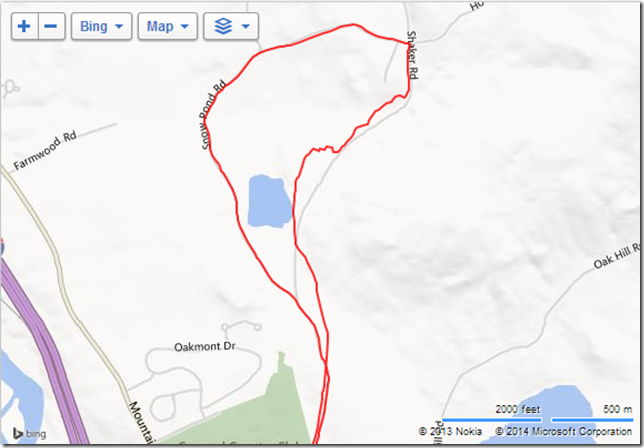 The entire stretch of road here is tree lined on both sides, though the part where the track deviates from the road is at a lower elevation and is bordered by a large forested hill to the right. Perhaps being stuck between a pond and a big hill has some effect?

In fairness, I ran the same route the next day with the 620 and it recorded accurately, so maybe it was just having a bad Wednesday: 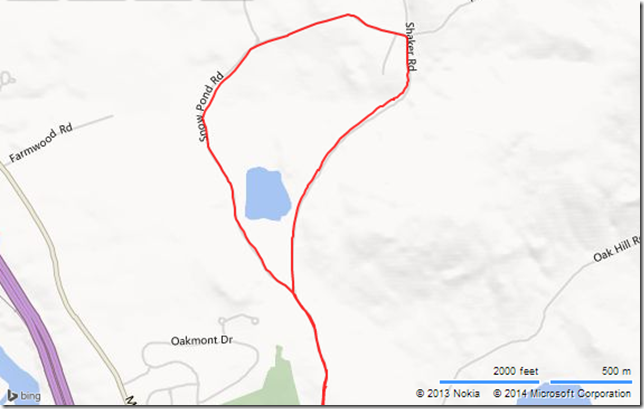 Below are two iSmoothRun (iPhone app) track recordings for the same stretch (on different days) – both are rock solid: 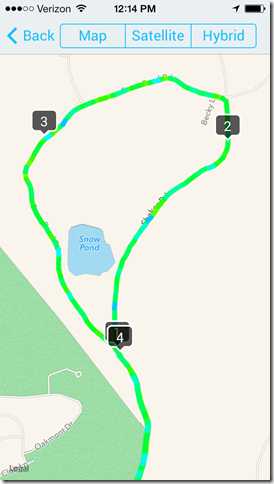 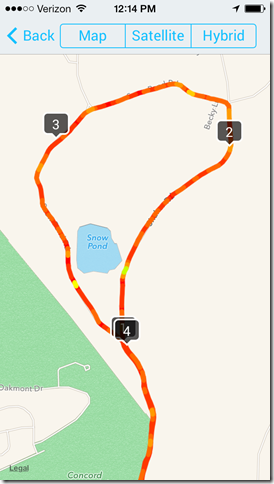 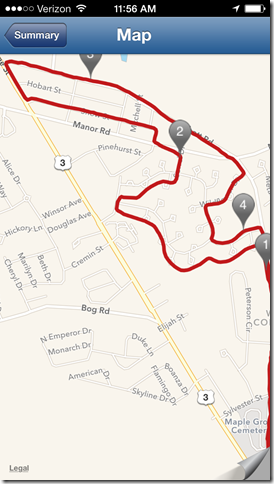 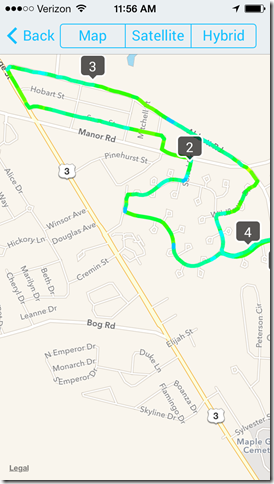 Note that shortly after the 1-mile mark the track recorded by the 620 deviates from the road until about the 2 mile mark. Interestingly, the track appears to be the right shape, but it’s as if that entire segment was shifted south a bit. The rest of the recording is solid. Once again, the track recorded by the iPhone is dead-on the entire time. This particular route is a flat neighborhood, not a lot of thick forest or tall buildings or anything like that. The only thing in common with the Snow Pond run above is that the area just above the mile 4 marker is a wetland with a stream. I read somewhere that water bodies can mess with GPS tracks, can’t recall where that was, and no idea if that might have anything to do with the anomaly.

Here’s a blow-up of the 620 track showing me running through backyards and detouring through living rooms: 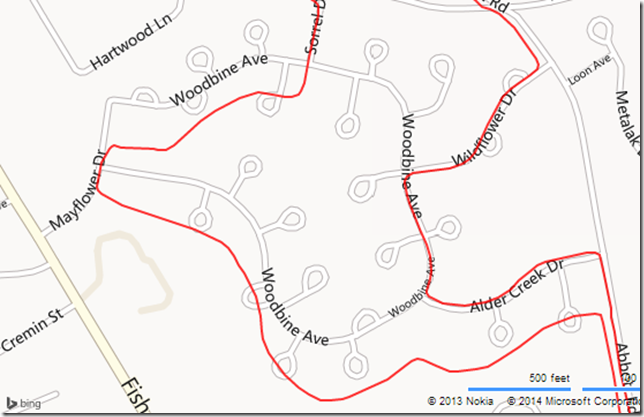 Again, in fairness, I should point out that I have run this neighborhood on other occasions with the 620 and the recording has been accurate: 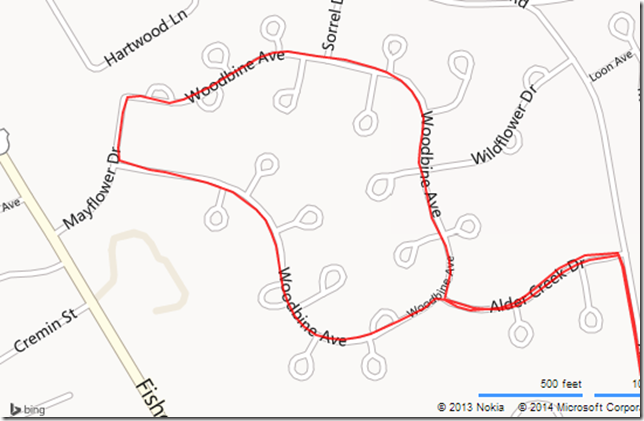 And here’s another where there was a more moderate southward shift of the track in the same spot:

So what can I conclude from this? I’d say not much yet given the small sample of runs that I have to work with so far. The 620 seems to be accurate most of the time, but it also has moments where it seems to hiccup a bit. This is probably something that happens with most GPS devices on occasion depending on satellite connections, environmental interference, etc. The occasional lapse does not concern me too much since I expect that a watch on my wrist talking to a satellite orbiting the planet in outer space (just think about that for a second!) will occasionally have issues (as my Garmin 205 did during the Hartford Marathon, really bad timing there…). The question ultimately be how frequently these issues occur and how bad they are.

Given that Garmin has acknowledged an issue with the 620 and has pushed a software update (I just updated my unit yesterday) there is some reason for concern given that this watch costs $399. I’d say it’s worth keeping an eye on your 620 if you have one, and report accuracy issues to Garmin if you feel they are happening too frequently. I plan to keep an eye on my tracks going forward as I put the 620 to everyday usage, and will report if I frequently see issues like the ones posted above (I’m especially curious if the update makes a difference, off to run that same neighborhood right now!).

How about you – if you have a Garmin 620 have you noticed any accuracy issues?