Going to Dark Places: On Mental Toughness in Running 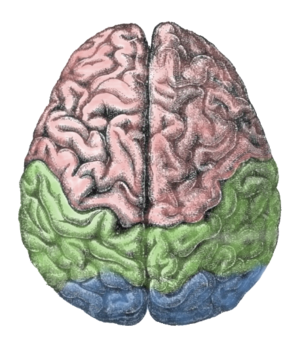 Last week I was reading an article about Kara Goucher from the March issue of Runner’s World titled “Mind Gains” by Bruce Barcott. In the article, Barcott tells the story of how Goucher’s coach, Alberto Salazar, brought in a sports psychologist, Darren Treasure, to work with Goucher on the mental demons that were undermining her race performances. One particular passage in this article really struck me, and has been floating around in my head ever since I read it – here’s the quoted text:

“She (Goucher) has an incredible ability to handle the pain and discomfort that come with those longer distances. Alberto and I came to the conclusion that she could go to some places that very few athletes are capable of going to.”


When Treasure talks about “some places,” he’s talking about some very dark places. Years ago, he worked with collegiate wrestlers. “Wrestling is simply seven minutes of hell,” he says. “The agony is just unbelievable. It’s very similar to distance running.” Steve Prefontaine used to warn his rivals that he’d take them to a place they really didn’t want to go. “Our athletes [in the Oregon Project] have that ability,” Treasure says. “They’re willing to go to those places. We look for that as a critical part of their psychological makeup.”

I think the reason why this struck me so strongly is that upon reading it, I realized that I have been to those “dark places” in just about every race that I have run. When I race, my self-competitive fire prevents me from holding back, and I have a tendency to run myself into the ground. In some cases, encountering these dark corners of my mind has forced me to give up and walk (e.g., in my first four marathons), and in other cases I have been able to face them and persevere (e.g., in most of the 5K’s that I have run).

I’m by no means an elite runner, but I don’t think you have to be elite to take yourself to mental places that most people will never see. You simply have to be willing to challenge your own fitness, and to push yourself beyond what you think you might be capable of. Almost anyone who has run a marathon has experienced this – the last 6 miles or so are more a mental test than a physical one, and your mind repeatedly tells you that you’re crazy and should just stop. However, on the one occassion where I managed the mental strength to ignore these self-defeating messages, I ran what might be the best and most enjoyable race of my life (Disney Marathon 2010).

For me, a 5K is a lot like the wrestling analogy referred to above – 19:00 or so minutes of pure agony. It’s rare that I run a 5K and not feel the overwhelming desire to simply stop running in the last mile, but to date I have not succumbed to this urge, and this is something that I take great pride in. I may not win the race against the other runners, but by finishing strong I win the race against myself, and this is really what’s most important.

For some reason the thought of the mental “dark place” has really stuck with me. So now, when I’m out on the road, my plan is to welcome it, and to embrace it. In fact, I did this very thing on my run this evening – I went out and ran 5 miles in just under 33:00, which I think may be a 5 mile PR for me (I don’t record PR’s for training runs). I found my “dark place” right around mile 3, but when I got there, rather than succumbing and bailing since I was running solo, my response was: “bring it on.” I finished strong, and the adrenaline rush that came over me when I reached my driveway was intense – I was satisfied and happy. I had pushed my limits for no other reason than to see if I could, and on this day I succeeded.

I’ll leave you with this – the next time you encounter one of those dark places on a run, don’t give up. Instead, simply force yourself to smile, nod your head, and and run right through it