Heel-Forefoot Drop, Foot Length, and Ramp Angle: How Shoes Alter the Orientation of Your Feet 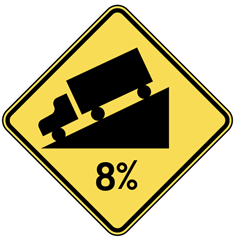 Over two years ago I wrote a post on what exactly is meant by the phrase “heel-toe drop,” and that post remains one of the most frequently read on this blog. Put quite simply, drop is the difference in height between the base of the heel and the ball of the foot when standing in a shoe.

Drop can be measured as the difference in stack height (outsole+midsole+insole thickness) between the center of the heel and the forefoot of the shoe (I generally measure forefoot height at the level of the ball behind the little toe since initial contact is made on the lateral margin of a shoe – these are the calipers that I use for these measurements). The presence of a heel-forefoot differential means there is a downward slope (see diagram below) from heel to forefoot (just like percent grade on a road), and the angle between this sloping line and a line extending back from the forefoot parallel to a flat ground surface is known as the ramp-angle:

“Drop” has become a standard measurement reported for running shoes (e.g., Running Warehouse reports it for almost all of the shoes that they carry). However, there is a lot of debate about how significant shoe drop really is for a runner, and I myself have argued that the number may mean different things for different shoes. But, from a practical standpoint shoes that are higher in their heel-forefoot drop will put the foot in a more plantarflexed orientation than it would be if one were standing barefoot on flat ground (imagine your foot placed on top of the triangle shown above – your ankle would have to be plantarflexed for the foot to rest on this slope while standing upright).

One thing to keep in mind about heel-forefoot drop is that the specific effect that it will have on ankle angle/foot orientation is dependent on the length of the foot. A 10mm differential spread along the length of a toddler’s foot will have a much more pronounced effect than the same differential in an adult male with size 12 feet. See the diagram below for a visual depiction:

Given this, I though it might be helpful to do a bit of geometry and produce a chart that shows how drop is related to ramp angle and footbed slope for feet of different sizes (note, it’s been a long time since I took a geometry class, so if I screw up the calculations please let me know!). Ramp angle is computed by calculating the arctangent of heel-forefoot drop divided by heel-forefoot length(remember SOHCAHTOA?). Percent grade is simply drop divided by length x 100 – this is the same way it is calculated for a road (h/dx100 in the example below):

So, doing the math in MS Excel, here’s what you get for shoes varying in heel-forefoot drop from 4mm to 14mm (some of my wife’s old traditional-style running shoes measure 14mm drop) and feet varying in heel-forefoot length from 70mm to 200mm. For frame of reference, the distance from the center of my heel below the calcaneus to the center of the ball behind my little toe measures about 150mm, for my wife it’s about 130mm. The same distance in my 7yo daughter is about 110mm:

What the above shows is that changes in footbed slope (i.e., percent grade) and ramp angle are more pronounced as drop increases and foot length decreases. What this means from a practical standpoint is that a child will experience a steeper ramp angle for a given heel-toe drop. Now, manufacturers do adjust drop in kid’s shoes to account for this, but basically if you take a kid’s running shoe and drop it to an 8mm differential, it merely brings it roughly in line with a 12mm differential adult shoe, and it’s probably going to be a lot less flexible.

Women will also like experience a steeper ramp angle than men – for example, my wife in her old 14mm drop Asics 2130’s was experiencing a greater than 10.77% grade just standing in her shoes! That’s almost equivalent to the average grade of the Mt. Washington Auto Road. Thus, if her footbeds were roads, there would be giant yellow warning signs like the one at the top of this page!

Much to my chagrin, my daughter has a pair of “special occasion” high-heel sandals (I can’t always win in a battle against fashion…) that are 24mm drop – that puts her at a 21.82% grade when she wears them. That’s over 6 degrees of excess plantarflexion at the ankle just standing in place! But, when young girls are trained to look at horrific cases of forefoot equinus (as in Barbie and her deformed feet) as normal, such things are easy to overlook.

My basic stance on shoes is that kids should be in flat shoes. In all of the research I have done, I have yet to find any reasonable justification for why we put kids in shoes with a heel lift, particularly athletic shoes. That being said, there is a place for lifted heels in athletic footwear for adults. For example, adults who have been wearing lifted shoes their entire lives can experience anatomical changes in the feet and legs that might make going flat very difficult, particularly if they have no desire to alter their footwear habits (I discuss this extensively in my book). From a personal standpoint, having now been flat in daily life for almost two years, wearing a shoe with a 12mm heel lift feels extremely awkward, whereas that used to be my norm. The human body is adaptable, it just needs to be given the necessary time.

So, I hope this is helpful as a resource. I’ve also created a calculator that will do the calculations for any set of numbers – this is my first time trying to embed an interactive spreadsheet so let me know if there are any problems! All you need to do is enter the appropriate numbers into the gray cells – the blue cells should populate with the answers based on those numbers.

You just finished reading Heel-Forefoot Drop, Foot Length, and Ramp Angle: How Shoes Alter the Orientation of Your Feet! Consider leaving a comment!