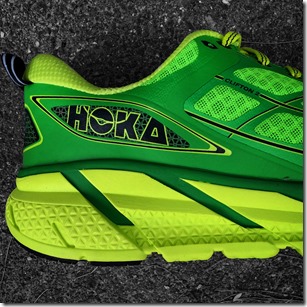 If I were in the habit of giving “best update” awards, the Hoka Clifton 2 would be a solid contender for 2015. It’s not so much that I love the shoe – it’s actually a bit on the soft side for my personal taste. Rather, Hoka did a great job addressing problems that people had with the original version, and didn’t change the things that people liked so much about the shoe. This was a wise choice – Running Warehouse reports that the original Clifton was their top selling shoe in 2014, so messing with success runs the risk of alienating fans of a wildly popular shoe (you can read my review of the original Clifton here).

I’ll detail what changed and what stayed the same in the Clifton 2 in the review below. (Disclosure: The shoes reviewed here were media samples provided free of charge by the manufacturer)

Per Running Warehouse, the Clifton 2 weighs in at 8.7 oz in men’s size 9, and has stack heights of 29 mm heel and 24 mm forefoot. For comparative purposes, Running Warehouse weighs the original Clifton at 7.8 oz, so it has gained about an ounce in v2. Stack heights are the same.

To be honest, the Clifton 2 is a pretty minor update from v1. It has a new upper, but the structure of the upper is pretty similar to the original – a breathable mesh with welded overlays for support. 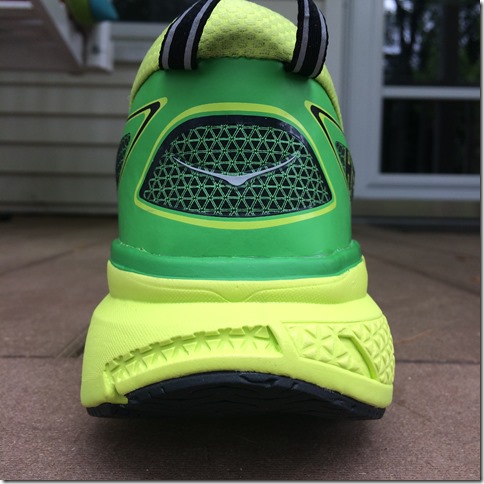 The sole is exactly the same as that of the original – same stack height, same outsole, etc. I’ve seen some people comment that the sole feels a bit firmer than the original, others have said the opposite. After my first run I thought they might be a tad more responsive, but after subsequent runs in them I’d say the sole feels identical to the original. If you enjoyed the soft, squishy ride of the Clifton v1, you won’t be disappointed by v2, and that is a good thing for fans of the shoe. Hoka didn’t tinker with the cushy ride that so many people loved.

So what has changed? Well, the biggest complaints I saw about the original Clifton were related to a somewhat sloppy fit, the thin tongue, and a flimsy insole that tended to slide around in the shoe (mine were glued down, so I did not experience this). Hoka responded to all of these complaints in the Clifton 2.

First, the tongue in v2 is padded and as a result is much thicker than that of the original. This provides a bit more protection from the laces, allowing you to cinch them down a bit more. 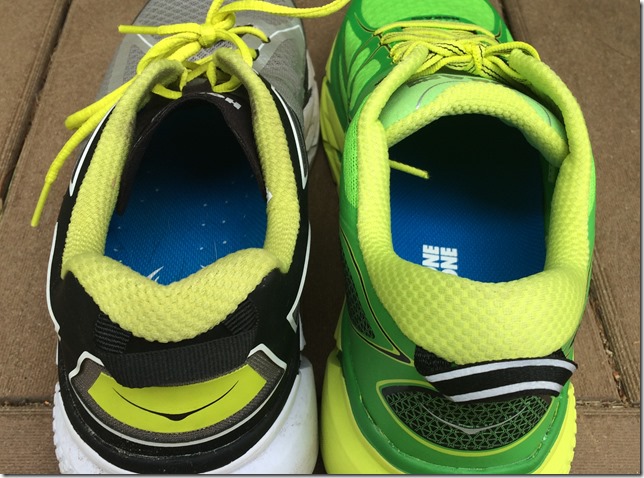 Second, Hoka added an additional lace hole back toward the ankle. I’d heard of people punching their own holes in the original Clifton so that they could better lock down the heel, so this is a positive addition as well. 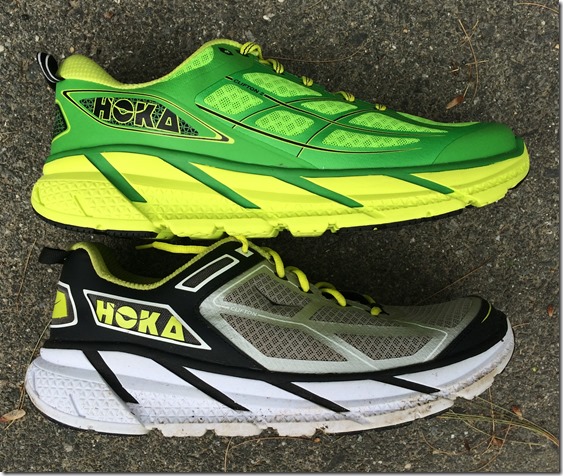 Finally, Hoka added an Ortholite insole – though still thin, it adds a bit more cushion and I have not experienced any sliding or bunching of the insole in v2. All of these changes help provide for a more secure fit, and take care of all of the major complaints about the original.

A few comments on fit – the Clifton 2 is an average width shoe in the forefoot. It’s not constricting, but neither is it particularly roomy. I actually think this is ideal for a Hoka since a roomy forefoot with a soft Hoka sole would tend to encourage a lot of sliding around inside the shoe (as I experienced with the Skechers GoRun Ultra). In this shoe I feel very secure, and they even responded well on a few miles of very uneven trail yesterday. As for length, I went a half size up in the Clifton 2, same as I did in the original. I think this was the right choice. 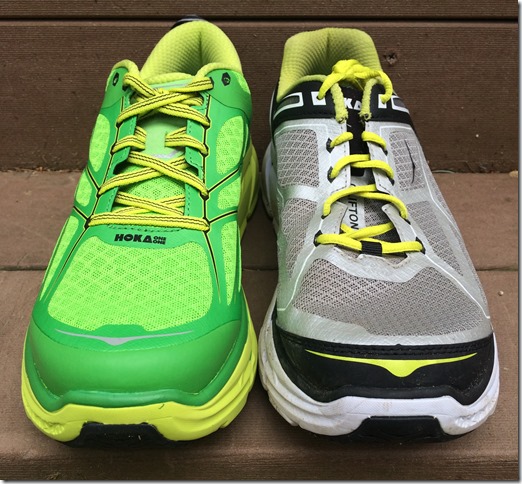 I’ve run about 25 miles in the Clifton 2 and have actually enjoyed them more than I enjoyed running in v1. As I mentioned, the shoe is a bit on the soft side for my taste, but the cushy sole has been working for me this time around for some reason (maybe because I gained a few pounds over the winter?). I still wouldn’t choose the Clifton as an everyday trainer, but for easy runs and recovery days they feel pretty good.

Hoka was wise in keeping the ride the same, and changing only those things that needed a fix. If you loved the original, and a lot of people did, I think you’ll be very pleased with the update.