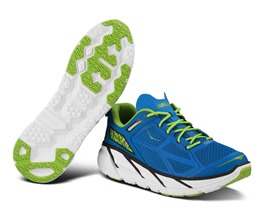 About a month ago I was contacted by Hoka asking if I’d be interested in trying out the new Hoka Clifton and conducting a giveaway for a pair of the shoes here on Runblogger. I’ve been hearing a lot of good things from fellow shoe geeks about the Clifton, and based on specs (around 8oz, 29mm heel, 23mm forefoot stack) it seemed like one of the first Hokas that I might enjoy taking for a spin.

I received the shoes a few weeks ago, and have now managed to get in a few runs in them. I’m far from ready to review them in full, but my early impression is that they fit much better than other Hokas I’ve tried on (roomier up front) and feel crazy light compared to the amount of cushion they pack in. It’s also been surprising that they really don’t seem to interfere with my stride in any noticeable way. I’ve seen the Cliftons described as a cushier Kinvara, though I think the closest comparison among shoes I have run in is the Skechers GoRun Ultra.

I’m still not sure a shoe like the Clifton (or the Skechers Ultra for that matter) is the best match for my stride since the softness sometimes makes me feel like I’m working harder than I should, but that could be because I’m well adapted to much less shoe. As such, I’m going to be spending some additional time in the Cliftons before rendering a final verdict. 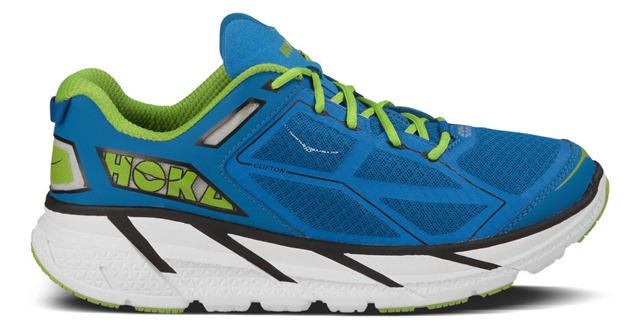 In the meantime, Hoka generously offered up a pair of Cliftons for me to give away, so if you’re interested in trying a pair you can enter the giveaway via Rafflecopter below. The winner will be given a free-pair promo code for use on the US Hoka website, so unfortunately this contest is only open to US residents. I need to work on some non-US giveaways at some point!