Running Warehouse has posted a few previews of shoes in the past few days that might be of interest to readers here. Thought I’d share.

First up is the Brooks PureGrit 3. I now have pairs of the PureFlow 3 and PureConnect 3 and need to get miles on them. Both are changed from top to bottom, but the PureGrit seems to have undergone the biggest transformation among round 3 shoes in the PureProject lineup. 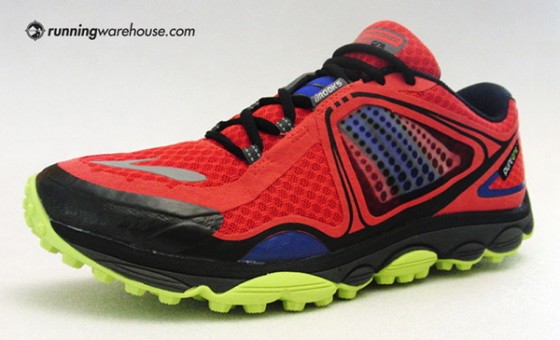 “Brooks’ PureGrit gets redesigned from the ground up, giving the shoe a beefier look and feel while sticking true to the concepts of low weight and a natural, uninhibited ride characteristic of the PureProject collection.

The biggest thing to look for in this version is a new outsole, featuring a more aggressive lug pattern than the previous model (and significantly more so than that of the original PureGrit). In addition, a forefoot rock plate will make this shoe a viable option for the more technical terrain, meaning this shoe will no longer be confined to trails of the well-groomed variety.” 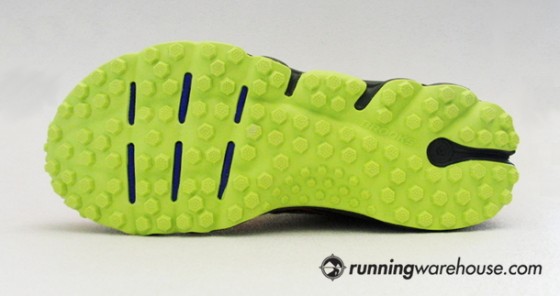 The lugs still don’t look particularly aggressive on this shoe, but anything would be better than the super-slip outsole of the PureGrit 1 (Nate reports that the PG 2 was much improved, I never tried it). The PG3 definitely has a more substantial look to it, but weighing in at just under 10oz it’s right in line with competitor shoes like the Saucony Peregrine. It’s a good looking shoe, and one that I’d like to try out.

Hoka continues to reduce the weight of their maximally cushioned shoes, and details on two models set to be released this Fall have just come out. Hoka is using a new midsole material called RMAT, which Running Warehouse describes as follows:

“Already seen on the soon-to-be-released Conquest, RMAT promises a resilient, responsive ride at a lower weight than the compression molded EVA seen on other Hoka shoes. While the Conquest features both EVA and RMAT,  the Huaka and Clifton both feature a full RMAT midsole, allowing these shoes to fully capitalize on the material’s low weight.”

The Hoka Huaka is a 2mm drop shoe weighing in at 8.9oz: 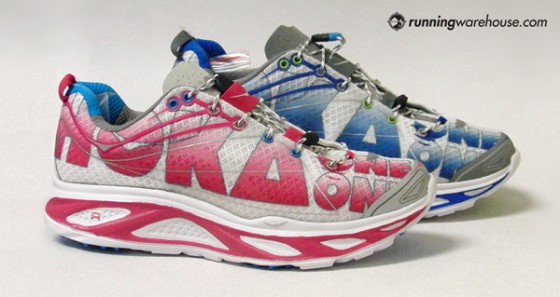 Hoka One One Huaka

The Hoka Clifton is even lighter, weighing in at 7.9oz for a men’s size 9. Running Warehouse points out that that’s on par with the Saucony Kinvara – pretty amazing for a shoe with this much cushion: 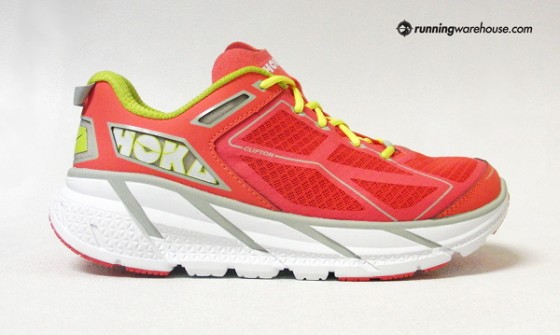 Hoka One One Clifton

I still have only run in a Hoka once – last winter in the Mafate. That shoe is much heavier and more substantial than either of these, and I’m interested to give one of the lighter models a try (the 2mm drop Huaka intrigues me). I’m hoping to have a pair of the Rapa Nuis soon, so stay tuned!