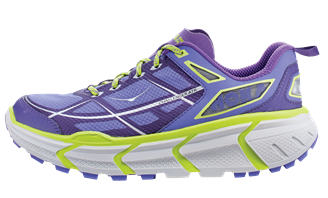 One of the things I’ve realized over the past few years is that though I personally lean toward more minimal running shoes (a shoe like the Saucony Kinvara hits my sweet spot), readers of this site have a wide variety of preferences when it comes to what they put on their feet. Coupled with this is the fact that my wife has had a long stretch of relatively injury free running after moving into a combo of maximally cushioned Hokas (first Bondi 2, now Kailua Tarmac) and wide, cushioned Altras (Torin and Intuition 2.0). All of this supports my footwear philosophy, which is basically that people are different and have different needs, and that what works best for me may not work best for someone else. I do best in minimalish shoes (but run in just about everything), my wife seems to do better in something with a fair amount of cushion.

Lately I’ve been getting some great feedback when I post on shoes that I have not typically covered in the past (e.g., a traditional neutral shoe like the Nike Pegasus 31). It’s made me realize that part of my audience is not being attended to when I focus only on the minimal end of the spectrum. As a result, I’ve diversified my mix of review shoes, and have started running in things that are considerably more cushioned than I might choose if I weren’t a shoe reviewer (though you won’t likely see me in a Brooks Beast anytime soon!).

Despite the increasing diversity of shoes in my queue, I have only run once in a HOKA running shoe. HOKAs are the archetypal “maximal” running shoe brand, and they have grown considerably in popularity both in the running community and on the feet of my spouse. My one run was in a pair of the original Mafate (I think) and though I did not dislike them, they were way more shoe than I need or prefer. I’ve tried on a few other pairs and never found the fit to be quite right.

Last week I received a pair of the HOKA Clifton, and though I haven’t run in them yet, I’m impressed by the fit and the incredibly light weight (under 8oz) for a shoe with as much cushion as the Clifton stuffs into its sole (stack: 29mm heel, 24mm forefoot). They’re basically like a Kinvara with just a bit of extra cushion (and they are similar in weight). I’m looking forward to putting some miles on them in the coming weeks – stay tuned! (a giveaway for a pair of Cliftons is coming as well) 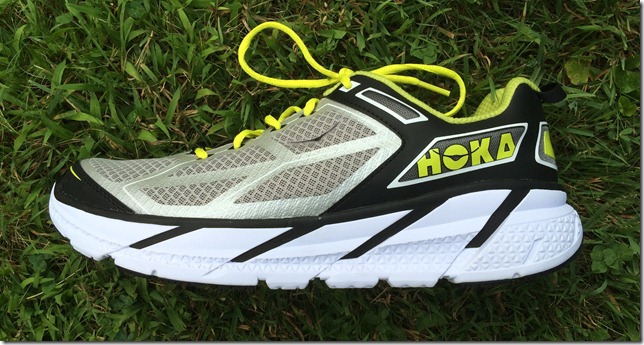 HOKA has been releasing a bunch of new models lately, and the trend has been toward lighter, lower profile models that still retain a lot of cushion (like the aforementioned Clifton and the Huaka). Yesterday I received a press release from my PR contact at HOKA, and thought I’d share the info provided on five new models set to be released for Spring 2015 – the trend toward lighter shoes seems to be continuing. The only details I have are what was provided in the press release, so not much info on drop, stack heights, etc. yet). 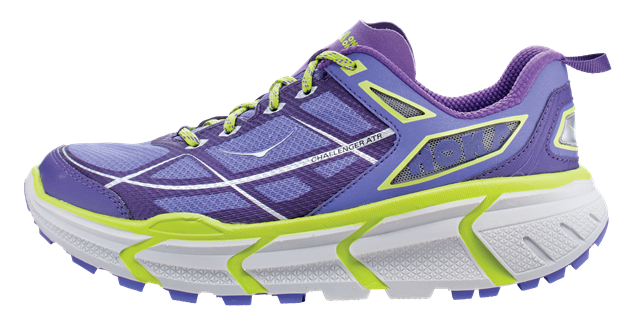 Description via HOKA: “…HOKA’s new trail shoe, the Challenger ATR, features the lightweight, smooth-riding characteristics of the award-winning Clifton shoe and supplements them with increased support in the upper and a more aggressive outsole. Independent rubber pods with 4mm lugs provide for adaptive, all-terrain traction on a variety of surfaces. This versatile, all-terrain shoe weighs in at 8.6 ounces (men’s 9) and will be available for a suggested retail price of $130.”

Description via HOKA: “The new Constant road shoe offers the most stable ride and generous fit in the HOKA lineup. The combination of cushioning EVA and RMAT® high-rebound material delivers guided stability and increased durability, while an over-sized active foot frame provides support. A mono-wrap tongue coupled with asymmetrical lacing supports the foot through the arch while reducing pressure across the top of the foot. The Constant will be available at specialty running stores for a suggested retail price of $160.” 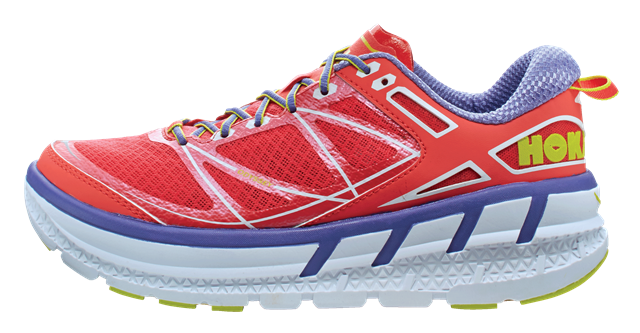 Description via HOKA: “The Odyssey, MSRP $130, is a lightweight, smooth-riding road shoe.” 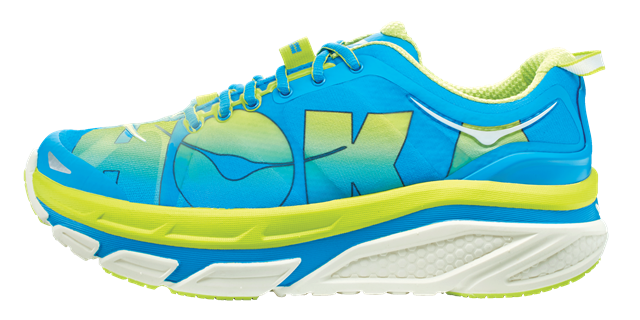 Description via HOKA: “The Valor, MSRP $150, features an ultra-sized, over 30mm, midsole to deliver a highly cushioned, smooth ride.” 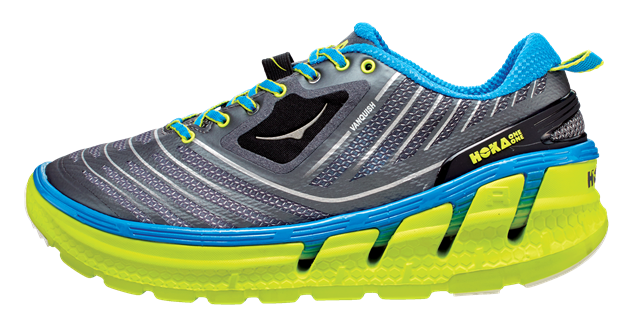 Description via HOKA: “The Vanquish, MSRP $170, is a responsive performance road running shoe.”

There’s no doubt that HOKA is a hot brand right now, and when a brand gets hot the tendency is to flood the market with new models (we saw this with Vibram a few years ago). One of my worries after seeing these new HOKA models is that they are pumping out a lot of shoes without much differentiation between them. I’m not clear how they differentiate these new shoes from existing models like the Bondi, Conquest, Rapa Nui, Kailua, Clifton, and Huaka. With the Challenger ATR I can see it as being basically a Clifton Trail, which makes sense. The Constant touts stability and a “generous fit.” Narrowish, odd fit has been my issue with most HOKAs that I have tried on so far, so that makes sense as well. But where do the Odyssey, Valor, and Vanquish fit in? They need to produce a detailed comparison chart for the models in their lineup.

The other big issue I have with HOKA is price. HOKAs are expensive, and they lack options at the lower end of the shoe pricing spectrum. I’d love to see a model around $100 for example. I’m a little wary when it comes to pricing since my wife tore through the forefoot upper of two pairs of Bondi 2’s in less than 50 miles each (I have heard this was a very common problem with the Bondi 2) which is unacceptable for a shoe that costs well over $100. I also worry that the more cushioning you add, the more prone a shoe may be to uneven breakdown as the miles add up. Has anyone experienced this?

Anyway, I’m sure there will be some excitement about these shoes as there typically is with any new release announcement. The Vanquish is most enticing to me given it’s description as a “performance running shoe,” but $170 is tough to justify. It’s also the least visually appealing of the bunch to my eye. The Odyssey would be of interest as well, and at $130 it is on the low end of the HOKA pricing spectrum, but I’m not clear on how it differs from the Clifton.

Hopefully as info gets leaked from the Outdoor Retailer Show going on in Utah right now we’ll get a clearer picture of where these shoes slot in. My friend Sam Winebaum is there, and I’ll be sure to post a link if he shares any further info on these shoes.