Hoka One One Conquest Preview

One of the things that I noticed while waiting to pace at the Vermont 100 last weekend was the increased number of runners (and spectators) who were wearing Hoka trail shoes compared to last year at the same event. I don’t have any numbers, but there were significantly more Hokas about, and I’d estimate that as many as 1/4 to 1/3 of the runners were wearing them. It’s a great example of a shoe that has met the needs of a targeted niche. I was admittedly a huge skeptic of the shoes for a long time, but having seen what they have done for my wife and her foot issues, I’ve become a bit fascinated by the brand.

My buddy Josh just forwarded me a link to a Gearjunkie article that featured a photo of a new shoe from Hoka set to be released in SP 2014. It’s called the Hoka Conquest, and it sports an awesome looking upper and a new kind of midsole. Details are scant at this point, but there are some additional photos at the Chuck Fryberger Films site. It looks like CFF made a promo video for the Conquest, but you need a password to view it. 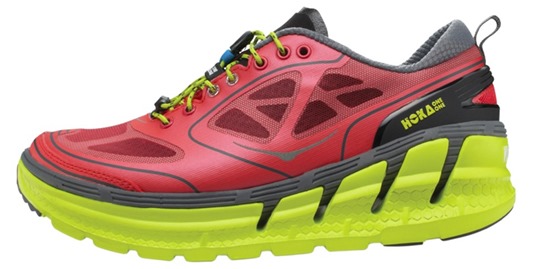 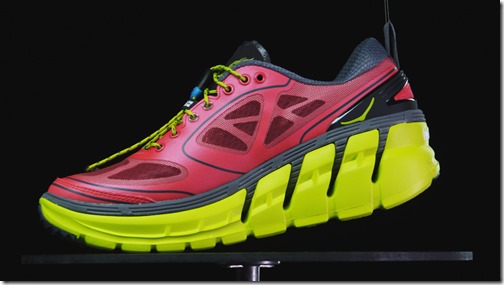 In other Hoka news, stay tuned as next week I will be posting a guest review of the Hoka Kailua Comp (hopefully on Monday if I can get it set to go). The Kailua Comp is Hoka’s take on a road racing shoe, and Hoka aficionado George Harris will be sharing his thoughts based on a few weeks of running in them.

You just finished reading Hoka One One Conquest Preview! Consider leaving a comment!