Below are a few more great image compilations produced by biomechanist Iain Hunter of Brigham Young University. The first shows Galen Rupp’s foot strike from the front during his victory in the finals of the US Olympic Trials 5k race. It’s incredible to look at the range of supination to pronation (in the colloquial usage of the terms) that his ankle goes through. It does appear that he is turning in this first series of images, but if you look at the second image below you will see that he seems to supinate just as much on the straightaway (original high-res image by Iain Hunter here).

The next image compilation shows Rupp’s foot strike on almost every lap of his wining 10K race at the 2012 US Olympic Trials. Amazingly consistent forefoot strike, and again the degree to which he supinates at contact is impressive (original high-res image by Iain Hunter here) 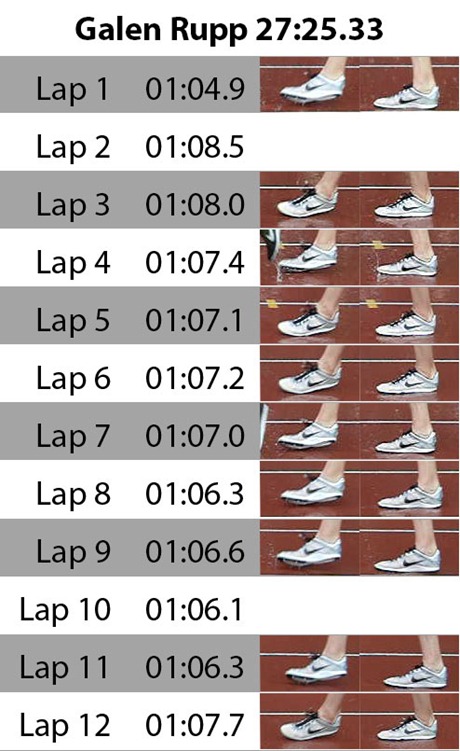 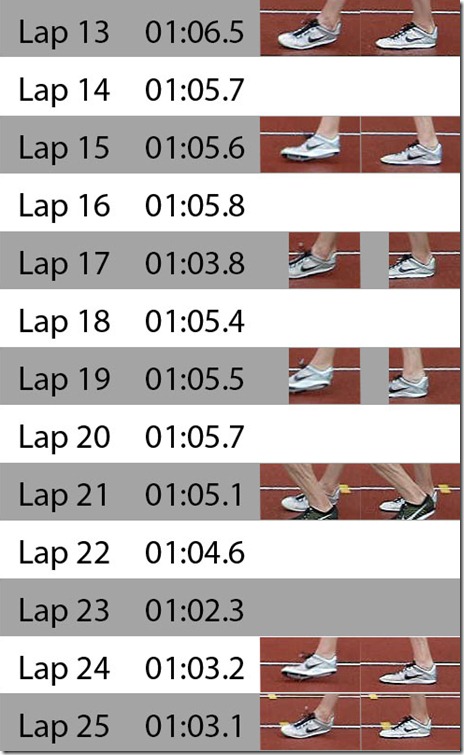 You just finished reading Images of Galen Rupp's Foot Strike at the 2012 US Olympic Trials! Consider leaving a comment!