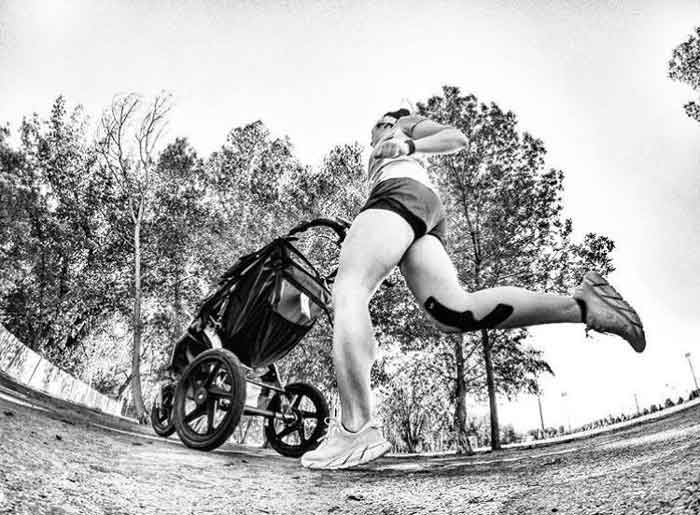 “I remember looking at my MRI results and asking my doctor if I’d ever be able to play sports, ski, run, hike and dance again. He said ‘yes’, but that it would require a lot of my own effort and determination. After an ACL reconstructive knee surgery, I worked with several physical therapists to get to a comfortable level, both mentally and physically. I’m not a ‘pro’ athlete by any means, but the same year I tore my ACL, Derek Rose from the Chicago Bulls tore his and had several other knee injuries, just like me. His quick recovery blew his doctors away, and I wanted to do the exact same. So I did. One week after surgery I ditched the crutches. Two weeks post-surgery I was back on a bike, and four weeks post-surgery I was moderately jogging. I worked so hard. So hard. I knew my knees would never be the same, but I didn’t want that to keep me from doing the things I loved. I have yet to build up the courage to get back on a pair of skis, but I have taken the one sport that I feel most comfortable with and have tried my best to excel in it. It’s been two years since my ski accident and one month since I’ve accomplished one of my greatest dreams. After several failed attempts, last April I ran the Salt Lake City Marathon. The full 26.2. I remember thinking that only the crazy people run that much for ‘fun’. I guess I’m one of those crazy people that I once talked about!” – HOKA Ambassador Andressa Horne