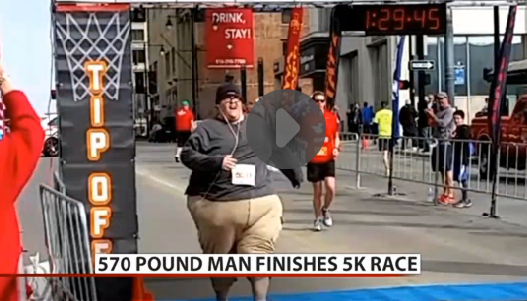 I love stories about people who take control of their health by getting active. Yesterday on Facebook I shared a video about a man named Derek Mitchell who weighed 625 pounds. He decided he needed to do something about his weight, and so far he has lost 35 pounds and he just completed his first 5K. Given the response to the video on Facebook, I thought I’d share Derek’s inspiring story here as well. Go Derek!

Video and story via WDRB.com.