Is a Glass of Red Wine Per Day a Viable Substitute For Regular Exercise? 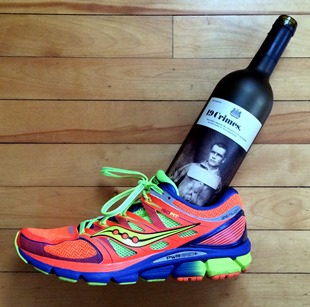 Every once in awhile an article comes through my Facebook feed that sets off alarm bells. The other day I saw a link to an article titled “A Glass of Red Wine is the Equivalent to an Hour at the Gym Says New Study.” The sub-title reads “New research reveals skipping the gym in favour of the pub is ok.”

Now, I love a glass of red wine with dinner, and would love it if this headline were true. But, as a runner, I also know that drinking red wine isn’t going to substitute for exercise if I intend to get fit. Sounds too good to be true, and I hate articles that make it seem like there are easy ways to get exercise “in a pill” (or a wine glass….).

The claim made in the headline piqued my curiosity enough to make me hunt down the article in the Journal of Physiology on which it is based. Turns out the full text is available online, so I was able to scan through it. My conclusion is that this is an example of shoddy journalism and a sensationalistic, click-bait headline. Why? Let’s go through a few relevant details.

1. The study was on rats, not humans, and it did not look at the effects of red wine. Instead, they were supplementing rats with resveratrol, a compound found in red wine.

4. The journal article is not new, as suggested in the sub-title. It was published in June 2012. This more recent study was actually conducted on exercising humans, and used a more reasonable dose of 150 mg of reseveratrol (still would take a lot of wine to equal that!). It actually found the opposite, that resveratrol can inhibit the benefits of exercise. Says the lead author: "The easiest way to experience the benefits of physical activity is to be physically active," says Dr. Gurd, a professor in the School of Kinesiology and Health Studies. "The efficacy of RSV at improving metabolic and cardiovascular functions is not as profound as was once thought." And this study found that resveratrol supplementation (75 mg per day, that’s still a ton of wine!) in healthy, middle-age women did not confer metabolic benefits. And this study correlated naturally occurring resveratrol levels in humans with various health markers, as summarized here (emphasis on last sentence is mine):

So what should we take from this? Skipping your next workout in favor of a glass of red wine might sound great, but it’s probably not going to substitute for the benefits of breaking a sweat. And perhaps even more importantly, be wary of anything you read on Facebook! If an article cites scientific research and makes outrageous claims, do a little digging and find the source. Twisting science to make clickable headlines is a popular pastime these days, and you have to take anything you read with a healthy dose of skepticism.

You just finished reading Is a Glass of Red Wine Per Day a Viable Substitute For Regular Exercise?! Consider leaving a comment!