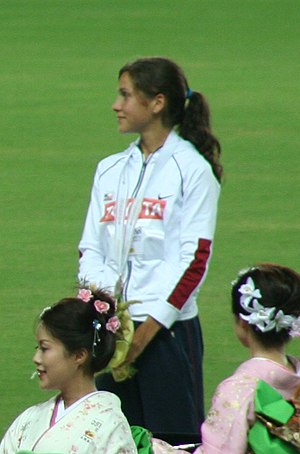 Matt Fitzgerald reports on Competitor.com that Kara Goucher has announced that she will be running the Rock ‘N’ Roll Chicago Half Marathon on August 2, 2009 (thanks to @simpsoka from the Kathy Runs blog for alerting me to this). She will follow this up by competing in the World Championships Marathon in Berlin later that month. Fitzgerald reports that a Competitor.com “Kara Cam” will provide live video of her progress during the race – tune in to Competitor.com at 6:30 Central Time to watch.