Kid Cross Country: What My 8 Year Old Daughter Taught Me About Running and Competing 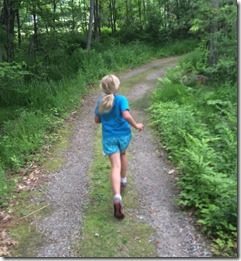 ”It’s at the borders of pain and suffering that the men are separated from the boys.”
-Emil Zátopek

My daughter Emma is 8 years old. She’s a kind-hearted, gentle soul who doesn’t have an aggressive bone in her body. But she taught me a lesson about competition yesterday, and in the process made me an incredibly proud Dad.

Emma started attending a new elementary school this year where they have both Fall and Spring cross-country as a sport option starting in the 3rd grade. It’s no secret that I’m a fanatical runner, but I try not to push my kids into things just because I enjoy them. However, in the Fall she decided on her own that she was going to do cross-country. I was pleased, but I never pushed.

After a few weeks it became clear that she was not enjoying it. She struggled with the runs, and was always finishing last. There also was only one other girl on her team, so she felt a bit isolated, and the stress of transitioning to a new school was taking its toll. My wife and I normally want our kids to stick with things that they commit to, but in this case when she asked if she could quit the team we let her do so.

Fast forward to this Spring and we were quite surprised when Emma told us she wanted to try cross-country again. She had fully integrated herself into the new school, she was coming off two sessions of indoor soccer with the school team, and many of her friends were planning on doing cross country.

As the season got underway, she again struggled with the runs. She and a few friends were consistently among the last to finish, and she was hinting again that she wanted to quit. This time we urged her to stick with it. She did, but she still got down on herself about being among the slowest on the team.

Yesterday was Emma’s end of season “race.” The 3rd and 4th graders competed informally among themselves, and the prize was a piece of candy for each finisher. Parents were not openly invited to attend (it was right after school, so many would still be at work), but I had hinted to her that I might try to come watch. I made good on that promise, and when she saw me walking across the field her face lit up in a giant smile. I felt like the best parent in the world.

When they started the race Emma took off in a flash. I waited at the end of the first loop, and was surprised when she came through as the fifth girl overall, and second 3rd grade girl. One of the coaches remarked that it was the fastest she had ever seen her run that loop, and she was well ahead of kids who were consistently faster in practice. I gave her a high-five and she was off.

I raced across the school grounds so I could catch her further down the course, and when I saw her appear on the field she was still holding strong. In fact, there was nobody in sight behind her, and she had almost caught up to two boys ahead. I took a few pictures and jogged along with her for a bit. She asked me to run with her. How could I say no? 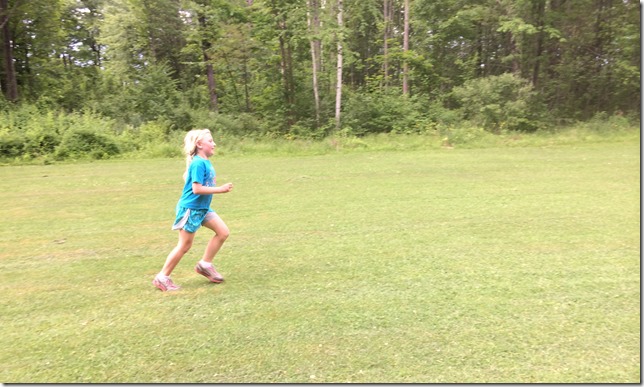 As we were running I commented that she was cruising, that she had extra girl power today. I asked her what was making her go so fast. She told me it was because I was there to watch her. She melted my heart in that moment.

We ran the rest of the race together, just the two of us. She crossed the finish line as the 2nd third grade girl. She finished 13 minutes ahead of the girls that she usually runs with. I was astonished.

So what did this teach me? It taught me once again the power of the mind. When we think about running performance, we typically think about physiology, which is part genetics and part training. But as the Emil Zátopek quote at the opening of the post alludes, how you respond to the discomfort of running can be equally, if not more important. Emma ran her heart out today because I was there to watch her. That gave her the motivation to push through the discomfort that typically causes her to slow down. The effect was no different than the burst of speed I would get if I were to pass her and get a high-five on the way to the finish line of a race of my own.

Strength of mind and motivation can allow you to push beyond your normal limits. Today, for Emma, it was all mental toughness and guts. She wanted to perform for me, and she did. The little girl that always finishes in last place ran the race of her young life. 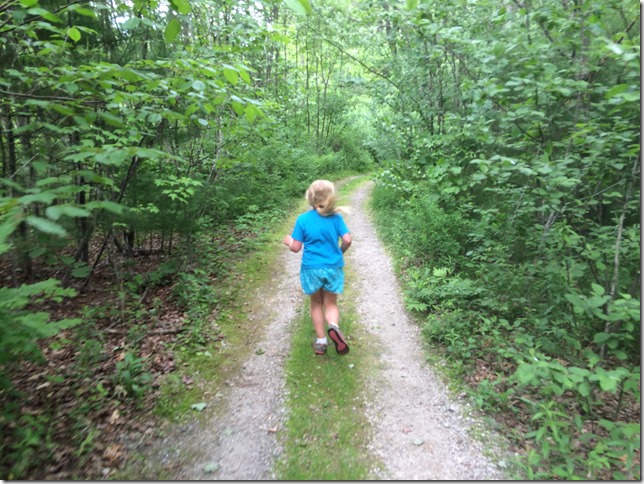 You just finished reading Kid Cross Country: What My 8 Year Old Daughter Taught Me About Running and Competing! Consider leaving a comment!