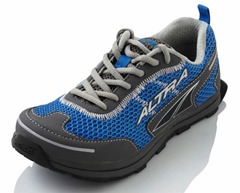 I’ve been asked a number of times recently for recommendations for kids shoes. When it comes to kids, I advocate for as minimal a shoe as necessary for the intended use of that shoe. I don’t believe kids shoe be wearing stiff, constricting, shoes with highly elevated heels, and I try to put this belief into practice as much as I can with my own children.

Unfortunately there are tradeoffs that often have to be made with kid’s footwear. These include the following:

1. Durability – let’s face it – kids are hard on shoes. Unlike adult running shoes which may only see use for 30-60 minutes a day, the shoes we buy for our kids are typically on their feet the entire day when they are at school. Thus, when we invest in a pair of kid shoes we want it to last. I have had mixed experiences with more minimal children’s footwear in the past, and a $50+ pair of shoes that lasts a month is not going to sell well once reviews start rolling in on Zappos, Amazon, and the like.

2. Weather – my kids wear Crocs almost exclusively when its warm. The shoes are darn near indestructible, and they are super wide. Of all the aspects of a kid shoe that I value most, a non-constricting fit is most important to me, and Crocs fit that bill as well as anything. Unfortunately, winter in NH means Crocs go away for 5-6 months of the year, so other options need to be found that can handle nasty weather. That usually means a pair of sneakers and some type of winter boot.

3. Appearance – though I might be willing to wear an ugly shoe out for a run, my kids will only where what they perceive to be “cool.” Thus, what I want them to wear and what they will wear are not always in agreement. There’s no way my kids would wear moccasins for example, my 10yr old son will only wear shoes that look athletic (i.e., sneakers), and my 8yr old daughter would wear heels to school every day if I let her (she’s a bit of a fashion diva, no idea how that happened…).

Given the above considerations, I have tried a number of different options and have two that I highly recommend.

Altra is a relatively new company and they specialize in making “zero drop,” foot shaped shoes (i.e., wide in the toebox). Zero drop means that the sole of the shoe is level from heel to forefoot, which is not the case for the vast majority of shoes on the market. Before they had even launched their first adult shoe, the founders of Altra told me that making a good kid’s shoe was a top priority. Last year they released their first model: the Altra Instinct Jr. They sent me pairs for my two older kids to try out, and I have been quite impressed! (Disclosure: these shoes were media samples provided free of charge by Altra). 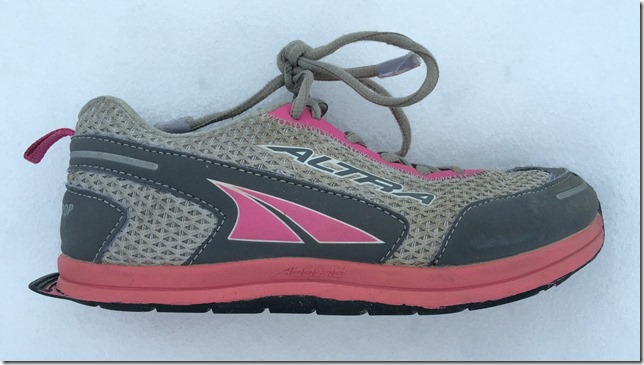 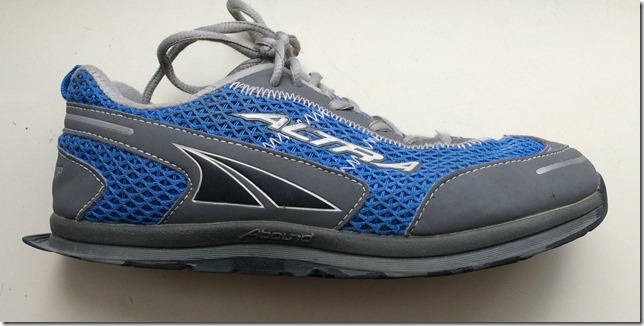 My first impression of the Instinct Jr. was that it was a bit heavy and stiff. I still think they are a bit on the heavy side (v2 is supposedly going to shave off over an ounce), but flexibility has improved considerably as my kids broke them in: 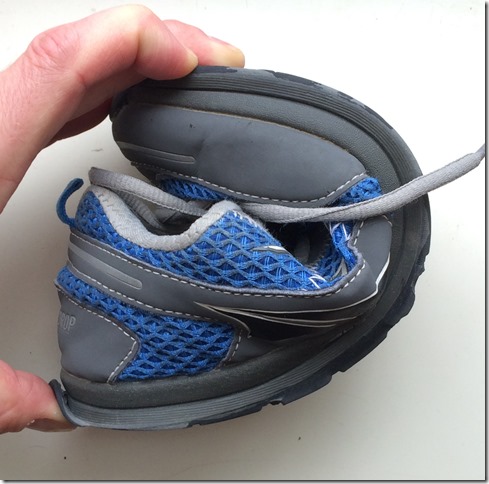 On the plus side, they look great, they are zero drop, and they offer a very roomy fit (no toe squeezing!). My 10yr son told me they are super comfortable and are his favorite shoes (well, second to Crocs I suppose). My 8yr old daughter likes them as well, she wears them to school on occasion and for indoor soccer.

Best of all, the Instinct Jr’s have been indestructible. My 10yr old is very active and tends to be extremely hard on his shoes. He would go through some of the Merrell Barefoot shoes we bought him in the past really quickly. Not these. They have had the Altras since the beginning of this school year (Sept. 2013) and both pairs are holding up great! The only place I am seeing any real wear is some scuffing on the toe bumper (cosmetic, not a problem) and a bit of wear along the lateral side of the sole (minor considering how long they have been in use).

I think this shoe is a good example where the tradeoff between minimal and durable is apparent. It’s a sturdy shoe with a heavy duty upper (though it lacks a plastic heel counter – awesome!) and full rubber outsole. That makes it heavy, but it has lasted as well or better than any kids shoe they have worn.

The Altra Instinct Jr. is available at Altra.com and at Amazon. Since it is being updated in the next few months, the current version can also be found in kid’s sizes 1.5-6 for under $30 at 6pm.com (6pm is essentially the Zappos clearance site). For a kid’s shoe that is this durable, that’s a great deal! I’ll probably buy another pair for each of them unless I can hold out until the new model is released (not sure on an exact date). 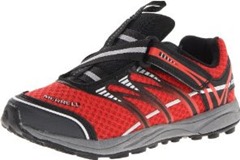 My little guy is about to turn 4 and is still too small to wear the Altras. For a long time we had him in a pair of Merrell Flux Glove toddler shoes and we loved them. They were flexible, minimally cushioned, and had plenty roomy for his fat little feet. Unfortunately, it seems Merrell has stopped making the toddler Flux Gloves, so when he outgrew them it was time to look for something else. We bought a pair Merrell Mix Master Jam strap shoes from Amazon at the end of last summer and he has been wearing them regularly since. 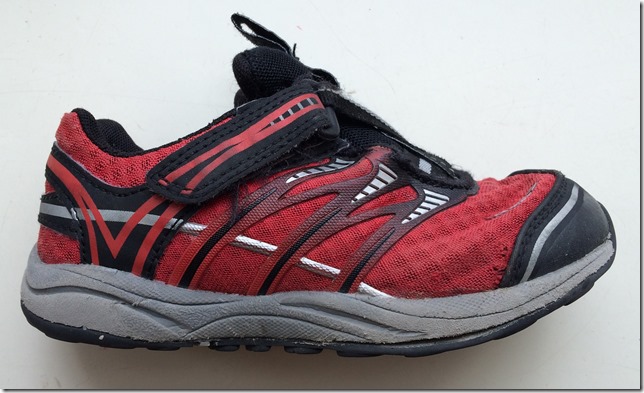 Unlike the Altras, the Mix Master Jam has a bit of a heel lift, though not too exaggerated (I measure them about 4mm drop from heel to forefoot). They are super flexible, they fit his chubby feet really well, and they are super easy to slip on and off. Most of the time I don’t even need to undo the velcro strap to put them on. Like the Altras, they have a durable rubber outsole which has shown very little wear in 6-7 months of use (wear is mostly along the outer margin of the sole at the heel and forefoot). 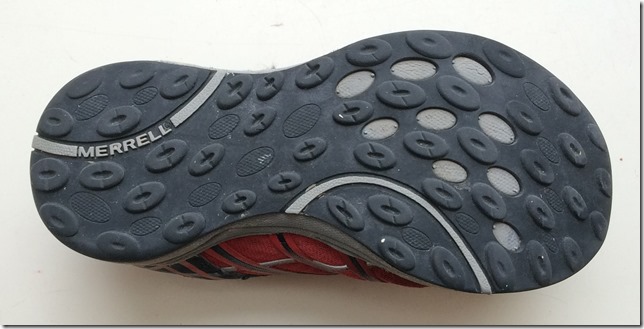 The only place I am seeing a bit of breakdown is where the upper meets the toe bumper – the outer layer of fabric seems to be fraying a bit, but the inner layer is holding up so it seems to be just cosmetic (you can see this in the image above). In any event, he’s about to outgrow them so the shoes have lasted as long as I could possible want a kid shoe to last.

The Merrell Mix Master Jam is available in a number of styles – Mary Jane, water shoe, lace-up, and velcro closure at Merrell.com, Zappos, and Amazon. 6pm.com has some models of this shoe on clearance for under $30. As with the Altras, I’ll likely either get my son another pair of these for his next shoe, or give a try to the new version of the Merrell Trail Glove kid’s shoe.

How about you, do you have any favorite kid’s shoes?