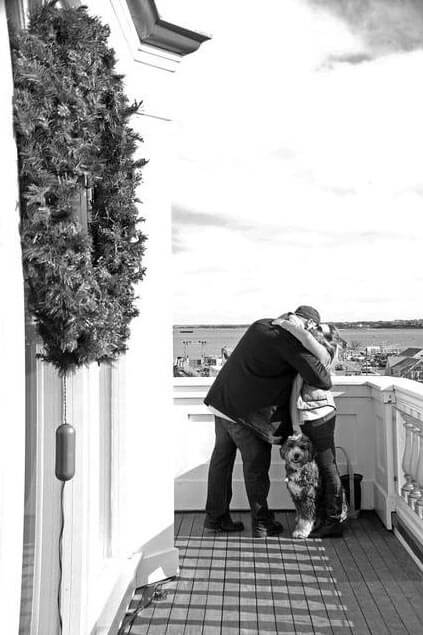 “Mike and I met on Marathon Monday, April 15, 2013, when I had been severely injured by the second bomb. Mike was one of my first responders. The next day he came to the hospital to make sure I had survived, then he kept coming back. However, I rarely had a chance to spend time one-on-one with him as I always had other guests. When I finally got home, I saw an opportunity to ask him to teach me how to use my fire escape. That day, he mentioned he could come with me to my doctor’s appointments or prosthetist appointments. He was there to support me from the start. He even got a little ribbing from some of the guys in the fire house for getting ‘caught’ on TV carrying my purse for me. It was around June that we had gone to lunch, and we talked about how we were feeling for each other. On the way home, he held my hand in the car, and I found it so sweet and protective. Shortly thereafter, he asked me out on a date, and we went to dinner in the South End of Boston. I knew early on in our dating that he was the one. The proposal was amazing and special. It happened on the Sunday of Christmas Stroll weekend in Nantucket on the observation deck of the Whaling Museum, which looks out at Nantucket Harbor. When I’m having a bad day, feeling emotional and depressed, he has a way of saying or doing something that puts an instant smile on my face. He can also be blatantly honest and snap me out of the pity parties I throw myself every once in an while, putting things into perspective. He is just my main support in my life.”- HOKA Fan and Boston Marathon Survivor Roseann Sdoia

Roseann’s favorite shoe is the Clifton 3. 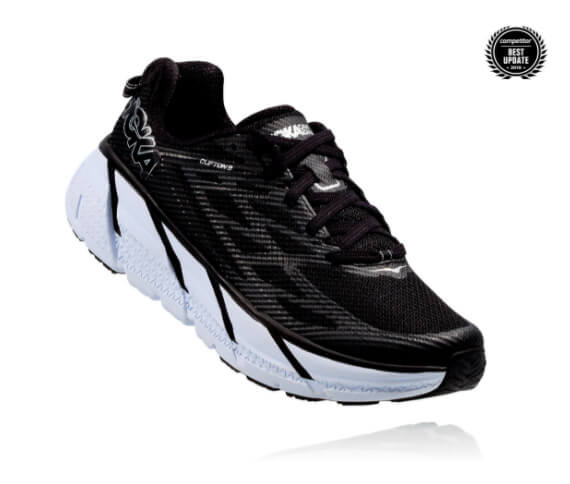