Last Sunday, Meb Keflezighi ran the 2011 NYC Marathon and finished in sixth place with a personal best time of 2:09:13. Much has been made lately of Meb’s decision to sign a sponsorship deal with Skechers, and NYC was his first marathon with Skechers shoes on his feet. In the video below, Meb indicates that running in Skechers has altered his foot strike, and that the shoes have allowed him to ditch his orthotics for the first time in many years.

Having run in the Go Runs myself, albeit not Meb’s custom version, I was curious to see if Meb’s stride had indeed changed. Luckily, elvin314 on YouTube captured a clip of Meb in slow motion from last Sunday, so I was able to take a look. Below are videos, in the following order, of Meb from NYC 2011, NYC 2010, and Boston 2010. 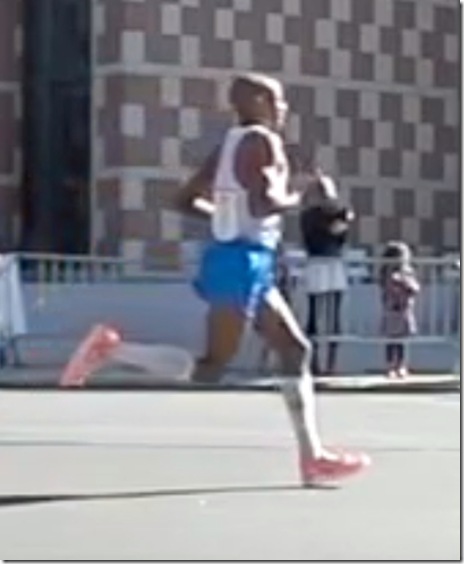 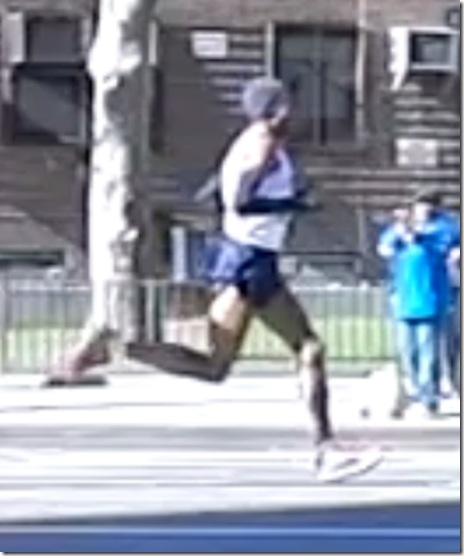 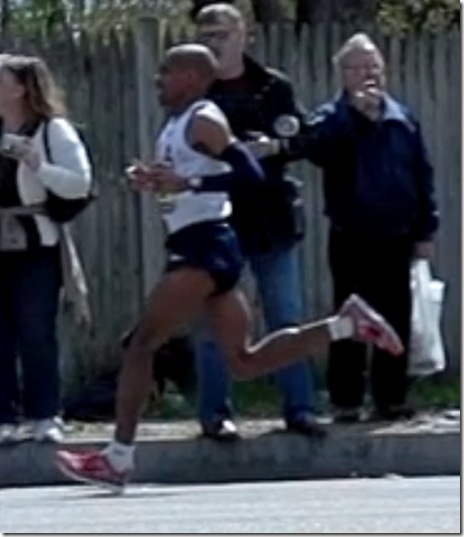 It’s hard to know for sure exactly if any differences observed might be due to his new footwear, but it does appear that although he is heel striking in all three, his 2011 heel strike does look a tad less pronounced. It should be noted that these videos provide nothing even close to a controlled comparison. I have no idea if he was running the same speed in all three videos, where on the course the NYC videos were taken, and the Boston video is from an area of the course with a slight downhill grade.

Just for kicks, I tallied up some stride timing data from the three videos for you to take a look at (most values below are averages from 2 consecutive steps). Again, not a controlled comparison at all, but interesting to ponder:

What do you think, has Meb’s shoe change made a difference, or are the data above just variation about his mean due to the individual circumstances where each video was taken?