When I wrote up my 2013 minimalist running shoe preview last week I alluded in the comments to a new shoe coming from Merrell that I didn’t yet have clearance to discuss (was asked to hold off for a week). Well, Running Warehouse has now let the cat out of the bag on the RW Blog – the new shoe is called the Merrell Ascend Glove and it’s a zero drop, cushioned, trail shoe. I don’t have a pair yet, but from the specs it looks like a trail counterpart to the Merrell Bare Access 2 road shoe. It weights in around 8oz, has a 10mm stack height, and looks to have a grippy Vibram outsole. The Ascend Glove should compete with the likes of the Altra Superior and Inov-8 Trailroc 235, which both were among my top hybrid trail shoes of 2012.

Below are the Ascend Glove photos posted by Running Warehouse, and I’ll hopefully have more details soon! 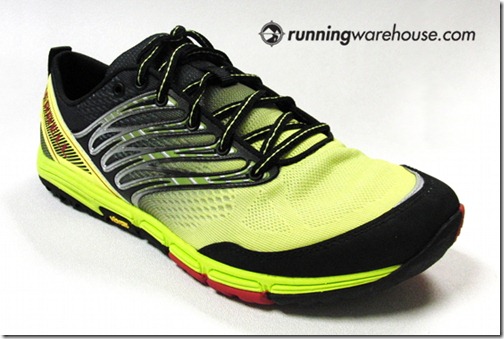