The Merrell Trail Glove was among the first shoes released in Merrell’s Barefoot collection, and it remains one of the most popular. After almost two years on the market, the Trail Glove is getting an update – I recently received a press release from Merrell with a photo and details regarding the release of the Trail Glove 2. 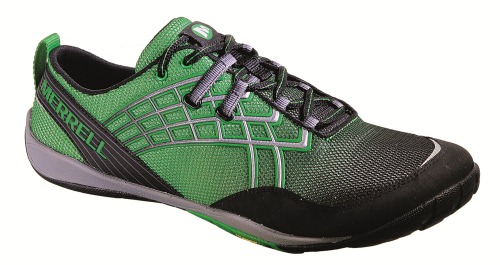 1. They have added grooves to the rock plate in the sole to increase flexibility and make the shoe less “slappy.”

2. The upper is less structured and made with seamless material for a “soft, natural feel on the foot.” I did get some hotspots when running sockless in the original Trail Glove so hopefully this will alleviate that problem.

3. They removed two of the OMNIFIT lace closures to mimic the closure system in the women’s Pace Glove. They say that this should ease getting the shoe on and off an allow for better forefoot splay. They also had reports that the bottom 2 closures put pressure on the top of the foot in some runners and that contributed to the decision to make this change.

Other than the above changes and some cosmetic updates, this is largely the same shoe that people have come to love. They did make a point to tell me that they did not alter the arch contour since they get a lot of positive feedback about how it contributes to the glove-like fit that the shoe provides. I’ve never been bothered by the arch contour in the Merrell Barefoot shoes, but I know some people don’t like it. Appears more like it than don’t since it has not been changed.

I should have a pair of these soon, so stay tuned for more!

In addition to the Trail Glove, Merrell is also updating the women’s Pace Glove. I didn’t get a list of the updates to this shoe, but from the photo below it looks like the elasticized ankle collar has been replaced with a more traditional ankle collar. I had heard complaints about the elastic collar digging into the skin, so this alone should be a welcome improvement. 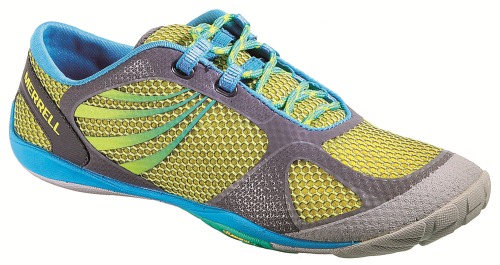