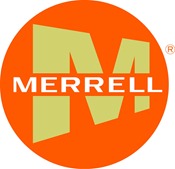 A couple of days ago I wrote a post in which I took a critical look at Brooks Running’s somewhat muddled message with regard to the announcement of its PureProject line of “minimalist” running shoes (not sure if they’re calling them that though…). In particular, I found Brooks CEO Jim Weber’s comment – “…when it comes to performance product the idea that ‘less is more’ is absolute crap” – to be an odd way to introduce a product designed to enter a market that seems pretty hot on the idea that less is in fact more.

Earlier today I was reading through an industry magazine called SGB Performance that focuses on the business end of the Running and Triathlon markets (thanks to my friend Bill Katovsky for pointing this out to me). On page 14 of the magazine (which you can download here) is a great article about Merrell, which is a subsidiary of Wolverine World Wide Outdoor Group. As you are probably aware, Merrell recently entered the minimalist shoe market with its release of the Merrell Barefoot collection. I recently reviewed the Merrell Trail Glove, and if my blog traffic is any indication, interest in Merrell Barefoot is very high (it recently unseated my Saucony Kinvara review as my most oft visited review post).

In the SGB Performance article Wolverine World Wide President Jim Zwiers discusses the minimalist market, and has some very interesting things to say. Here’s an excerpt:

Zwiers sees a big opportunity around the barefoot/minimal category for not just Merrell but the entire industry. “We believe it’s potentially a big opportunity and it depends how companies pursue it,” says Zwiers. “We have retailers now who are potentially changing the hierarchy on their walls to add a barefoot, minimal or natural area to their footwear departments. Everyone from great running stores to lifestyle stores are considering this category. There have been only a few times over the past decade that that’s really happened at retail.”

Even more encouraging is that consumers and retailers are exploring proper fit and form through the barefoot as well as the broader health & wellness phenomenon.

“Really the epiphany here is that more and more people are understanding what we at the Outdoor Group and our brands have lived for many, many years,” says Zwiers. “What you wear on your feet can impact your entire body and your entire well-being. That’s becoming more prevalent. So if you look online or talk to consumers, they’re more aware of this than ever before. And that’s positive for the industry overall because it will drive not only sales of minimal or barefoot shoes, it will drive interest in category expansion in many areas. So from an industry standpoint we think it’s very positive and it has some fairly significant implications not just on how retailers show shoes but on how consumers think about shoes. It feels powerful to us.”

Talk about a different approach than that taken by the Brooks boss.

I feel compelled to say that I have been incredibly impressed by Merrell as a company – they have embraced their minimalist product line, they’ve recruited a true barefoot runner to help with form education and the footwear development process (Jason Robillard), they developed a barefoot running app, and they had the guts to put out a true zero drop shoe as their first entry into this category. Furthermore, their social media contact (Emily S.) is one of the best I have interacted with at any company – she practices what she preaches and just ran a killer half-marathon in the Merrell Barefoot Pace Glove (her first, in 1:35 – and she also has done some barefoot running!).

At the end of the day, all of these companies have a bottom line that needs to be met, so I realize that business considerations must be made. That being said, it’s interesting to see how different companies are approaching the changing nature of the shoe market (and based on Zwiers’ comments, it truly does seem to be changing). Going forward, it’s going to be really exciting to watch how it all shakes out, but for now, Merrell seems to be in a good position to capitalize and help lead the minimalist charge.

Update 4/7/2011: Here are a few more quotes from Merrell that were included in an article on MLive.com – they give some insight about how Merrell is approaching their shoe line, and how it differs from some of the running-centered companies:

“The offering from the athletic guys looks like traditional shoes,” Krueger said. “They may be a little flatter, a little thinner. They look more like traditional running shoes. I would call the Merrell barefoot shoe more of a revolution as opposed to a slight change in line.”

From Merrell head of global marketing Craig Thorne (who was kind enough to leave a comment below):

“It’s really the first time in 20 or 30 years that something different is happening in the running community,” said Craig Throne, who oversees global marketing of the Merrell brand. “I think a lot of the (traditional) running philosophy has been on the heel technology and building up the cushion in the heel.”