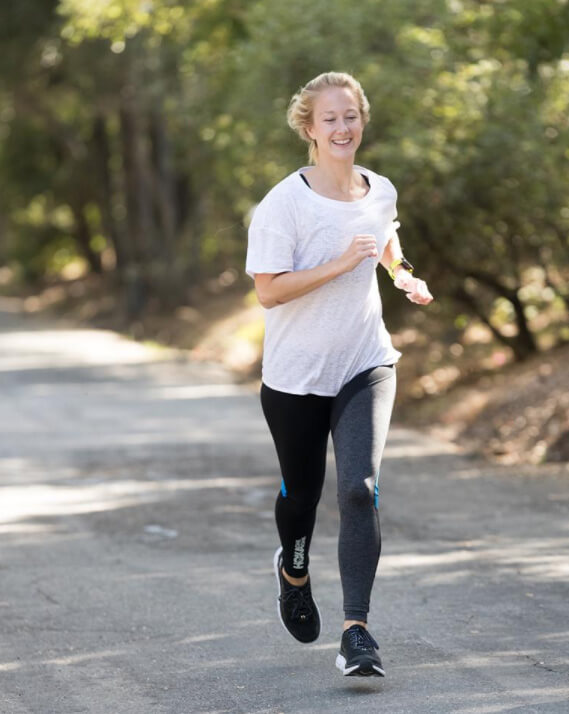 “The #metoo campaign spoke to me because I think every female runner has, unfortunately, experienced harassment on a run. Whether they are running alone or with a group, catcalls are all too common. After an incident on my local trail where an individual was repeatedly harassing female runners early in the mornings, I saw something pretty powerful happen. Complete strangers would stop me on runs to warn me of suspicious activity or they would write notes in chalk on the sidewalks reminding runners to be alert. We had each other’s backs. The running community is close-knit. In any city, runners share a special bond — they know hard work, struggle and how to support and challenge each other. It’s competitive, but uplifting. Running gives each person something different, but we share a sense of grit and pride. I hope this kind of connectedness is everywhere because it has given me strength and confidence to be unafraid.” – HOKA supports all Women Who Fly, like Lauren Ziegler