Home / Blog Posts / Minimal vs. Maximal: Why Are We Still Debating This?

Minimal vs. Maximal: Why Are We Still Debating This? 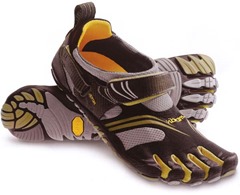 I just read an article over on the Natural Running Center website titled “Why Minimalism Went Flat.” The article, written by Jim Hixson, provides his take on the reasons behind the rise in maximal footwear and the decline in minimal footwear. Since I’m mentioned in the opening paragraph, I thought I’d share some thoughts on the article and the topic in general.

Hixson’s opening paragraph references my 2014 reader survey, emphasizing the point that four “maximally” cushioned shoes appear among the top 20 models. He then asks the following question “What happened with runners that made “fat and flat” shoes so popular, and in the process, push aside minimalism like some beefy schoolyard bully?”

Hixson makes some good points. For example, I agree that a lot of people who tried minimal went into it too fast and got injured in the process. Making a radical change in form or footwear requires a slow transition, and failure to do this is partly what led a lot of people to abandon minimal shoes. However, my major problem with the article is that it pits minimal against maximal and traditional shoes in a sort of us vs. them battle. I personally don’t see the need to polarize this debate any more. There is no convincing evidence that one type of shoe is better than any other, and in the absence of such evidence the best approach is to simply find what works best for you. Minimal, maximal, traditional, who cares? It’s just shoes, and being able to enjoy running is what it’s all about.

My personal feeling is that minimal went flat simply because people stopped buying minimal shoes. The reasons for this are probably many – people got hurt, minimal shoes last longer so you don’t need to buy them as often, Vibram Fivefingers were a funny-looking fad, running in minimal shoes really wasn’t the same as running barefoot. The fact is that if a product doesn’t sell, stores won’t carry it. If stores won’t carry it, companies will stop producing it. Simple as that. If everyone who went minimal had an incredibly positive experience, the trend would not have gone flat. Is there still a market for minimal shoes? Sure, and I hope they always remain an option since many people do genuinely run best in minimal footwear.

My own experience might be instructive here, and highlights why I still think the minimal movement was so important. I started running in 2007 and was told at a shoe store that I overpronate and thus needed stability shoes. I wore stability shoes for two years without issue, and in 2009 I started experimenting with minimal footwear after reading Born to Run. I ran quite a lot of miles in Vibram Fivefingers and minimal shoes like the Merrell Trail Glove. I had a very positive experience – I didn’t get hurt, I enjoyed running with less cushion, and I had fun experimenting with my form. But, perhaps most importantly, going minimal let me know that I wasn’t trapped in a life of stability shoes by my “diagnosis” as an overpronator. I was free to experiment, and I did. And in the process I was able to find what worked best for me.

Going minimal made me realize that I liked a wide toebox. I liked a flexible sole. I liked a lower drop. But I also realized that I liked a bit of cushion, and that I liked that cushion to be on the softer side. Not too much cushion, but just enough to provide comfort for long miles on the road. I found myself gravitating toward shoes like the Saucony Kinvara and New Balance 1400. Not minimal shoes, but not traditional or maximal either. I found a formula that worked best for me, and going minimal helped me to hone in on my sweet spot.

Minimal also led to experimentation by shoe companies and designers, and the outcome is that we now have an incredible diversity of shoes to choose from. Shoes like Hokas that combine aspects of minimalism with max cushion are part of that diversity. Just as I no longer feel pigeonholed into stability shoes, shoe walls no longer need to be organized into three narrowly-defined categories. There are tons of options available now, and this is a good thing. Minimalism was and is a good thing, it gave us the variety we have today.

In the past year I have run in Hokas, and I have run in a few traditional models. I liked the Hoka Huaka, but none are as good a fit for me as some of more trimmed-down models I have grown to prefer. That being said, I know lots of people who swear by maximal shoes like Hokas or the Altra Paradigm/Olympus. My wife went minimal and it didn’t work out well. She now runs in Hokas and cushioned Altras and is doing great. I know others who still swear by minimal shoes or barefoot. Different strokes for different folks – find what lets you enjoy running most and go with it.

Though I still appreciate a good footwear debate, and I enjoy following emerging science on the effects of footwear on things like form and running injuries, I honestly don’t think we will ever see any evidence supporting a single best shoe for all. It’s time to drop the us vs. them mentality when it comes to footwear and get back to just enjoying running.

You just finished reading Minimal vs. Maximal: Why Are We Still Debating This?! Consider leaving a comment!