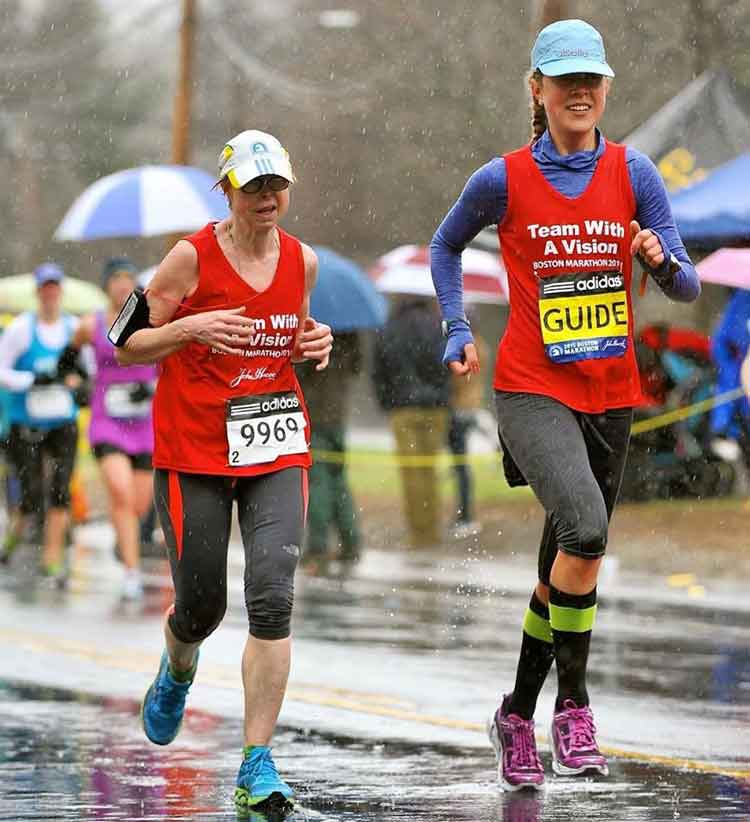 “‘Never say never’, I said after unexpectedly guiding visually impaired Lisa Thompson for 26.2 miles. Last year, I had the honor of guiding Lisa in the Boston Marathon. The plan was to guide her for the first half of the race, but a mix-up occurred at the guide transfer station and I ran the entire 26.2 with her. (My longest run up until that point was 15 miles.) Boston is just three days away, and although I will sadly not be returning to the East Coast to guide Lisa, she will be running again this year and raising funds for The Massachusetts Association for the Blind and Visually Impaired. I will be holding Lisa and all those running Boston in my heart and footsteps on April 18th.” – HOKA fan Julia Hanlon