I was doing a bit of poking around as I tend to do from time to time and came across a German website which had photos of a shoe called the Mizuno Be – appears to be a new minimalist spectrum “training” shoe from Mizuno. Here are the photos that were posted on Laufschuhkauf.de: 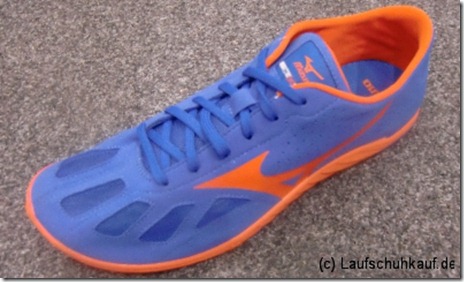 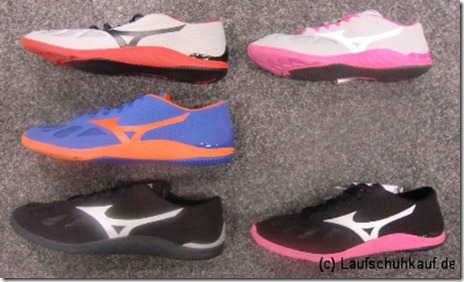 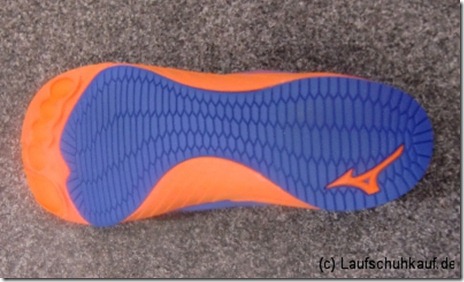 Since I don’t read or speak German, what I can gather from Google Translator is that this appears to be a shoe designed to activate and strengthen foot and leg muscles when you are not running. I also came across this photo in a Runner’s World forum thread that popped up in Google (unfortunately, I don’t read Japanese either…): 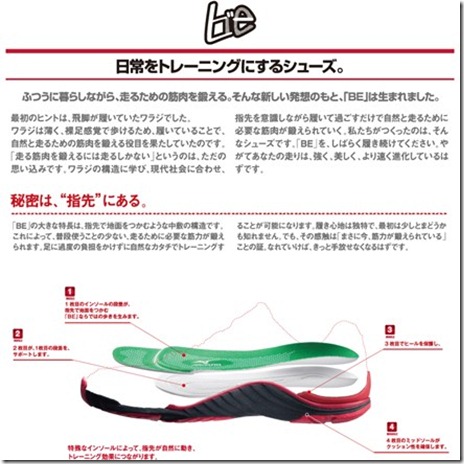 It would appear that there is some sort of ledge behind the toes that lifts up the forefoot, and I’m a bit wary of this as it would seem that it might increase pressure under the metatarsal heads, and also alter the interaction between the toes and the ground (as this recent video by Jay Dicharry on the Running Times website shows, the toes can play a very important stabilizing role during stance phase of running). Why this concerns me is that if the ledge reduces the load bearing capability of the toes by lifting up the MTP joint, it could lead to increased pressure on the met heads and increased bending of the metatarsal shafts as pointed out in this 1979 paper by Stokes et al. (boldface text is my emphasis):

“Disorders of the foot which reduce the load-bearing function of the toes result in less load in the m.t.p. joints. However, they also give greater bending moments in the metatarsal bones, and produce greater stresses at the attachments of the metatarsals to the tarsus. This may be a common reason for pain and march fractures in the metatarsals, and for progressive changes and deformities in the midfoot joints.”

I’d be curious to see pressure tracings taken while wearing this shoe. One of my big concerns about the Vibram Fivefingers is that I personally feel like the structure of the toe pockets in some models limits my ability to flex my toes, and thus my mets take a beating. I have a suspicion (totally speculative) that this may be related to why some people develop metatarsal stress fractures in the VFF’s. In fact, I went for a run this past weekend in VFF Komodo’s for the first time in quite awhile and was surprised at how achy my forefeet felt after the run – I couldn’t wait to rip them off at the end so I could wiggle my toes (this does not happen to me in other zero-drop shoes). I have no idea what the effect of the Mizuno Be insole might be, but altering forces between the toes and forefoot can be problematic, and is something to watch out for when these shoes are out on the market. At the very least, heeding Mizuno’s advice to use these as a non-running “training shoe” might be wise until we get a good handle on what the effect of this insole design might be on the foot and leg. Alternatively, if Mizuno provided a flat insole for use while running (if you wanted to try it), that might solve the problem.