My Barefoot Running Footstrike in Pictures

My 6 year-old son and I spent part of the afternoon today running barefoot laps up and down the driveway in front of a camera. I was trying to get some higher quality stills of my barefoot foostrike by using the motion triggering feature on the Casio EX-F1, and he decided he wanted to join in.

Toward the end of our little experiment, I suggested we try running “fast” by the camera, one behind the other. His reply went something along the lines of “When I go fast I like to get up on my toes!” Smart kid. Anyway, the picture below is of our footstrikes, shot one after the other, less than a few seconds apart. Like father, like son on the barefoot forefoot strike I’d say! 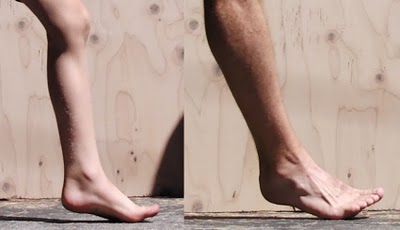 Forefoot strike by my son (left) and me (right). These photos were taken just seconds apart, and we were running pretty fast (wish I’d had my Garmin on).

I was happy to see that I landed on my forefoot in almost every pass, with a few midfoot strikes mixed in (my son actually seems to transition frequently between midfoot and forefoot landings when running barefoot). No heel-striking whatsoever, which is certainly not always the case when I’m wearing shoes! Below is a video fused together from a series of about 30 high-resolution still images, as well as a few more high res pictures of my barefoot footstrike.

Same video as above in higher quality from Vimeo.

Barefoot Running: Forefoot Strike in Slow Motion from Runblogger on Vimeo.
Frame by frame view of my forefoot strike while running barefoot on an asphalt driveway. Filmed at 60 fps on a Casio Exilim EX-F1 digital camera. 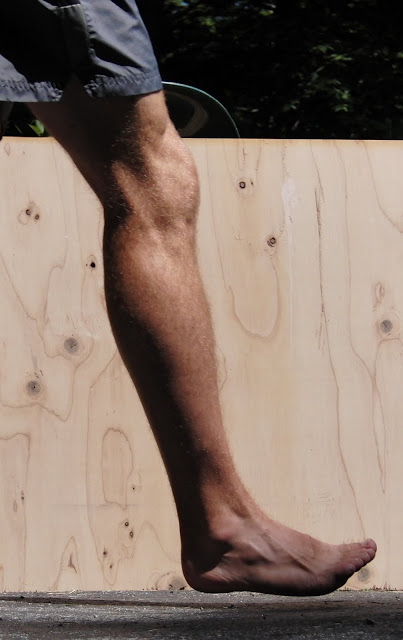 My foot just prior to striking the ground – contact is made on the lateral forefoot. This was taken while running at a “comfortably slow” pace. 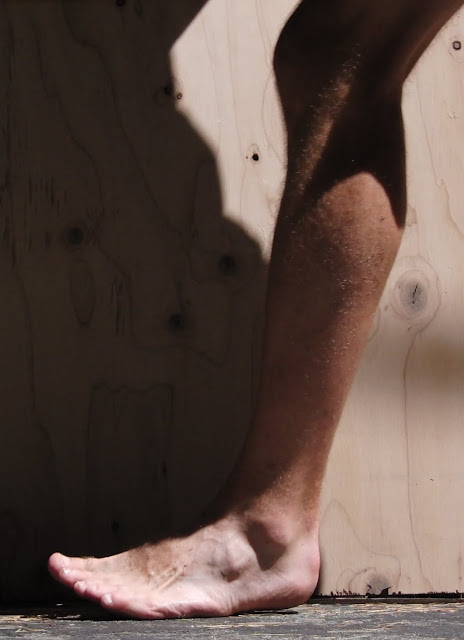 Another view of my lateral forefoot strike while barefoot. You can still see a bit of daylight under the heel here.