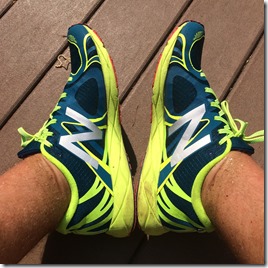 Sometimes a small update is all that is needed to make a near-perfect running shoe better. Such is the case with the New Balance 1400 v3.

Version 2 of the 1400 was one of my all-time favorite shoes. It was lightweight, simple in construction, and had my desired ride combo of a soft heel and firm forefoot. In fact, I think my only complaint about the shoe was that the interior was a bit scratchy/abrasive, thus precluding sockless running. Other than that, it was pretty much perfection.

When updating a great shoe you always run the risk of destroying what made it so special. New Balance was wise in their approach to updating the 1400 by only changing the upper. The sole is identical to that of the v2, thus the phenomenal ride has not changed. The stack heights are 23mm under the heel, and 13mm under the forefoot, and it weighs in at 6.3 oz in men’s size 9. As such, there is plenty of fairly soft cushion under the heel, allowing for use on longer runs, but it’s snappy and thin enough under the forefoot that it can be used for picking up the pace. It’s a do-everything shoe, and quite honestly, if I had to reduce my shoe collection to a single shoe right now this would be it. It’s that good.

One aspect of the sole worth mentioning is that there appears to be some kind of plate embedded in it. This adds a bit of longitudinal stiffness, and also provides a bit of protection from rocks. I know quite a few people who use the 1400 for racing on trails, and I’ve noticed that it has protected me pretty well while running on crushed rock roads. Wonder if the plate might explain some of this?

Outsole coverage on the 1400 v3 is fairly extensive everywhere but the midfoot, and durability so far for me has been good. I’m not sure you’ll get 500 miles out of a shoe like this unless you are really easy on soles, but for the price it should do pretty well.

The new upper on the 1400 v3 is pretty simple – it’s composed of a breathable mesh with welded overlays for support. But the big change here from the previous version is that the interior is much softer and not as abrasive against bare skin. I’ve run up to five miles sockless in them without any issues other than development of a rank odor. 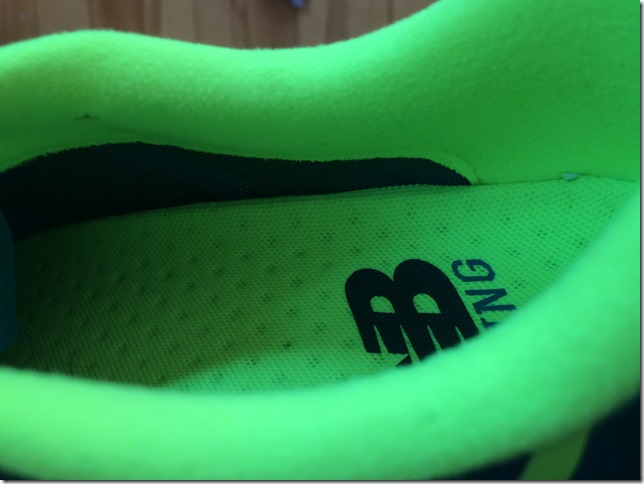 In terms of fit, the 1400 v3 is a near perfect match for my foot. It’s not a wide shoe, and I did go up a half size, but it’s also not constrictive in any way. It simply disappears on my feet, and that’s pretty much the best compliment I can give to any shoe.

If I haven’t made it clear enough yet, I absolutely love this shoe. For most shoes that I review, I aim to get about 30 miles on them before writing my thoughts up. In this case I’ve more than doubled that mileage simply because I’ve enjoyed running in them so much. It’s really been tough to want to run in anything else! The MSRP of $100 (it can usually be found for less) makes it all the more attractive in a world where shoe prices seem to be skyrocketing. If you haven’t yet tried the NB 1400, do yourself a favor and give it a go – I have no doubt that it will be among my top 3 shoes of the year!

The New Balance 1400 v3 can be purchased at Running Warehouse US and Wiggle UK.