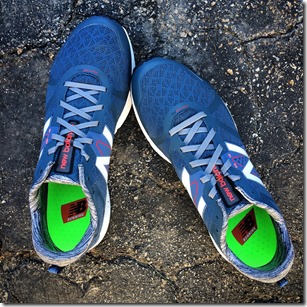 The New Balance 1500 is a shoe that has kind of flown under the radar since its release. I’ve not heard a lot of chatter about it, but those I know who have tried it have generally had good things to say. Given my affinity for low-profile racing shoes, I decided to buy a pair and see what they’re all about – I’m glad that I did as the 1500 is a pretty simple yet functional shoe.

The 1500 is part of a quartet of New Balance racing shoes. The 1400, one of my favorite all-around shoes, is a bit more cushioned, particularly under the heel, and is suitable for longer miles (v3 of the 1400 is coming soon!). The 1600 is a bit less shoe, and the 5000 is an ultralight speed shoe. Among these, the 1500 is unique in that it has a medial post and thus is touted as being suitable for mild overpronators.  Let me address this right off the bat – the shoe does have a post, but it’s small and I can honestly say that I have never noticed it on the run. Don’t let this scare you from trying the shoe.

Per Running Warehouse the New Balance 1500 weighs in at 7.3 oz in men’s size 9, and has stack heights of 23mm heel, 16mm forefoot. As I typically do in racing shoes, I went up half a size from my normal and the fit is near perfect.

For a racing shoe, the fit of the 1500 is fantastic. It hugs my foot without being overly tight anywhere, and the forefoot is decently roomy. The upper is fairly simple in construction – it’s composed mostly of a breathable mesh and welded overlays.There is only one set of seams from the back of the midfoot forward (located in the region of the arch), so this shoe might be a good candidate for those who like to run sockless. The ankle collar and tongue are lightly padded and lined by a nice, smooth fabric. There is a fairly prominent heel counter, but this has not caused me any problems. 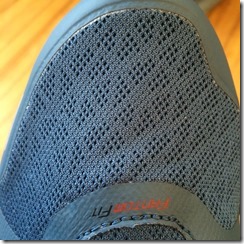 I’m also impressed by how the 1500 looks – my pair in gray is fairly subdued, but in a good way. It’s a shoe that can be used casually without making it look like you’re about to run a 5k.

The sole of the 1500 is pretty firm, and not very resilient. I often find this to be the case with New Balance’s RevLite midsole foam (though not in the 1400 v2 for some reason). For longer, slower miles it feels kind of dead, but the ride improves when you pick up the pace (this is kind of how I felt about the NB 1600 and the Skechers GoMeb Speed 1 and 2). For that reason I would not personally consider this shoe for a marathon, but it would work well for a 5K or maybe even a half. It’s also a shoe that can handle speed work. The main issue though is that for the same purposes you can get a lighter, flashier shoe in the 1600. My guess is the 1500 was made for those who wouldn’t consider the 1400 or 1600 due to the lack of stability elements (mainly a marketing move if you ask me). 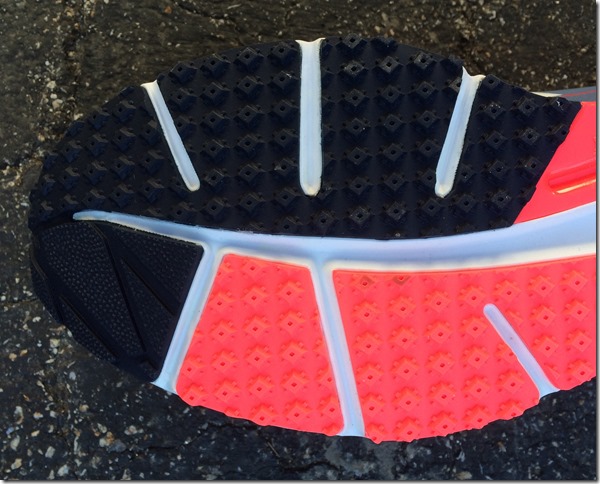 One of the things that I really like about the 1500 is the outsole. It’s full coverage, so durability should be good, and the forefoot is covered by rubber nubs that are very grippy. They almost could be called lugs, and for this reason the 1500 could even double as a light-duty trail shoe. It’s not going to handle mud, but the grip is good enough that I was able to run a few times over crusty ice in them without much problem this winter.

If you’re looking for a firm, lightweight racer and are hesitant to try any shoe that doesn’t have a post or other stability elements, the 1500 would be a solid choice. If you’re afraid of stability elements, don’t worry, they are really noticeable in this shoe. It doesn’t offer the most comfortable ride for long, slow distance, but it has a bit of snap when you pick up the pace. It’s also pretty generous in forefoot space for a flat, so not a bad choice if you like a bit of extra room up front.

The New Balance 1500 is available for purchase at Running Warehouse, Zappos, and Amazon. Purchases from these retailers help to support this site – thanks!