Last week my buddy and fellow New Hampshire runner Sam Winebaum attended the Summer Outdoor Retailer Show in Utah. As he does every year, Sam has put together a series of preview posts of running-related products from OR, and he invited me to share some of the images and product info that he posted.

I’m going to break this up into two posts, each featuring new shoes from several brands. I’m going to keep my commentary brief because I have not seen many of these shoes in person (though I have been hearing hushed whispers about many of them), and I’ll refer you to Sam’s blog for more detail where appropriate.

First up, Brooks will be releasing the much anticipated Brooks Launch 2 early next year. I reviewed the original Launch way back in 2009, and it has remained unchanged (aside from color updates) since then. The Launch was a personal favorite at the time I reviewed it, and it’s a simple, affordable shoe that just works well. Sam reports that the Launch will feature a new BioMogo DNA midsole, will weigh in at just under 10oz, and MSRP will be $100 (love the colorway in the photo below!). 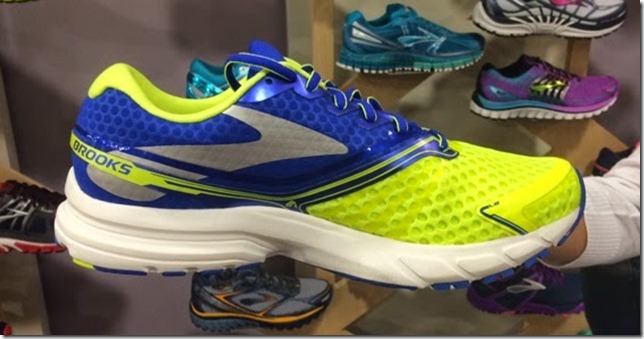 I’ve heard that the Saucony Cortana will be discontinued (the Virrata as well I think), and it will be replaced by a new shoe called the Zealot. The Cortana may have been a victim of being overpriced for the type of shoe it was considered to be (a well-cushioned “natural running” shoe). The Zealot fills a similar niche – it’s 8.3oz and 4mm drop (25mm heel, 21mm forefoot) with a bit more cushion than the Kinvara. The Zealot also features a new upper design called Isofit (which will also be featured on the new Triumph and Hurricane) – for more details on this check out Sam’s post or this post on the Running Warehouse blog. 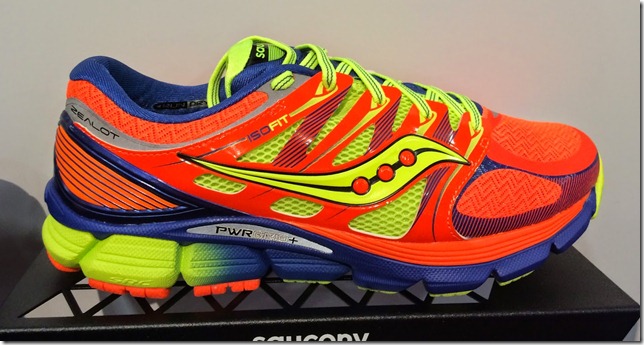 The Skechers GoMeb Speed 3 is a shoe that I have a fair amount of experience with as a wear tester (it’s the shoe Meb wore when he won Boston this year). The GoMeb Speed 1 and 2 were not a great match for me – I found the soles to be a bit too firm for the amount of stack they had (18mm heel, 14mm forefoot), and the forefoot was a tad narrow for me. I’ve run a fair bit in version 3 and have loved them –  a bit more roomy up front and slightly more give to the sole. Skechers has some great stuff coming, and you can expect a full review once I’m given the go ahead to share more detail – for now, check out what Sam has to say about the shoe.

Here’s a photo of the GoMeb Speed 3 via Sam Windebaum featuring the hands of shoe geek Seth Hasty (yes, that is a Brannock device tattoo!): 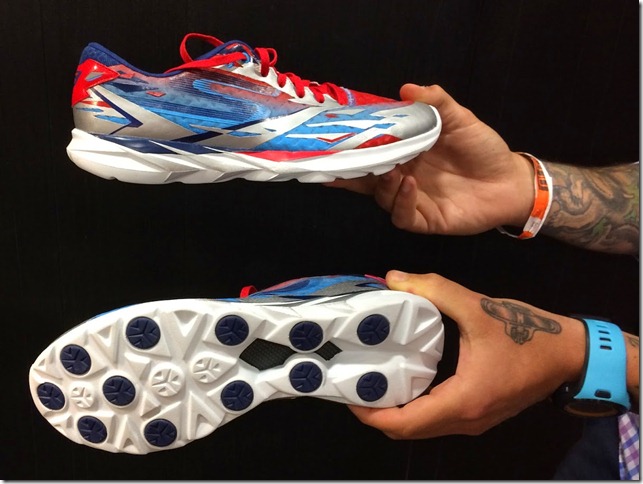 That’s it for this post, tomorrow I’ll share some new offerings from New Balance, Altra, and Salomon.